It's true, if you purchased e-books between April 2012 and May 2013 you may have an Amazon credit sitting in your account. 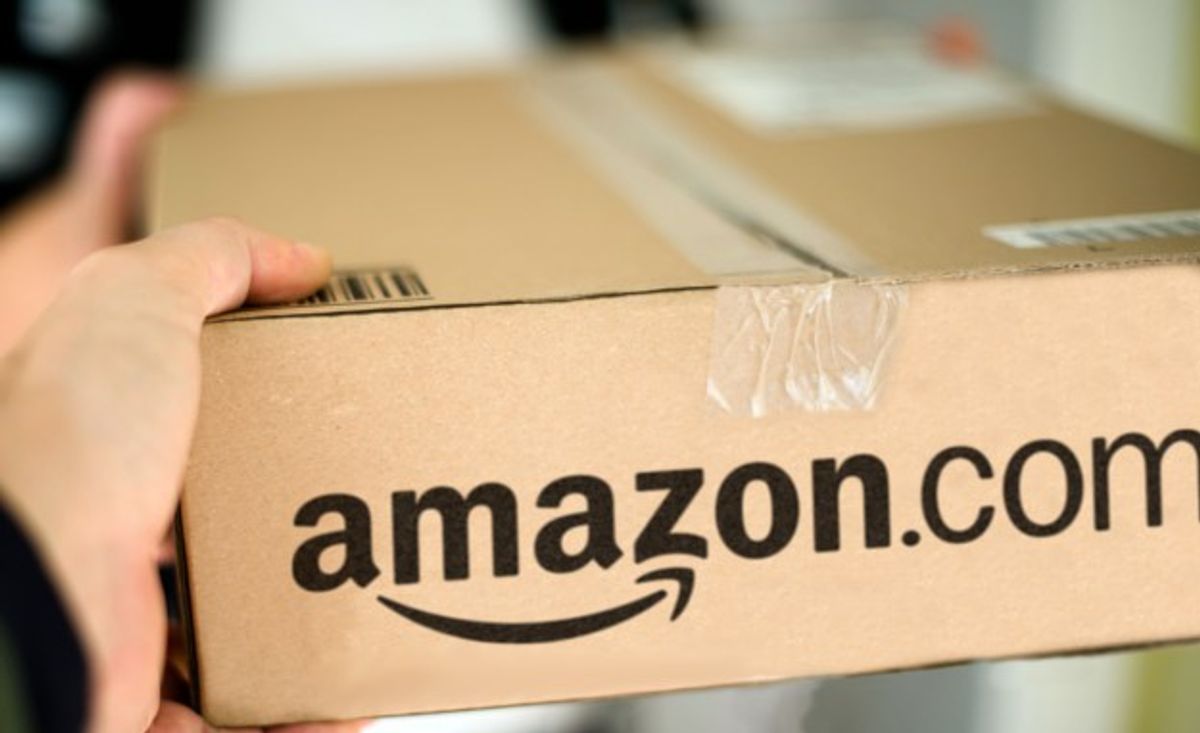 Claim:
Amazon is issuing credits to many customers due to the settlement of an e-book lawsuit.
Rating:

On 21 June 2016, a number of Amazon.com shoppers were surprised to find (sometimes sizeable) credits had been applied to their accounts due to a recently settled lawsuit (over unfair competition in the e-book market) that they didn't know about.

The sudden appearance and relative ease of collection of these credits (customers didn't have to take any proactive steps to claim their shares) led to some skepticism among social media users familiar with the endless parade of online hoaxes and scams offering everything from free plane tickets to free Disney vacations to and free gift cards.

However, the reports were accurate. Beginning in June 2016, Amazon members could click a link to determine whether they were eligible for (or had already received) credits good for any Amazon purchases. The main settlement page provides both general information and individual credit status:

In November 2014, a federal court approved a Settlement of antitrust lawsuits brought against Apple, Inc. (“Apple”) by State Attorneys General and Class Plaintiffs about the price of electronic books (“eBooks”). Those settlements resulted in credits for qualifying Kindle books purchased between April 1, 2010 and May 21, 2012. These credits are funded by Apple.

Eligible customers do not need to do anything to receive these credits. If you are eligible, we have already calculated your credit for you and added it to your Amazon account. As long as you have credit remaining we will automatically apply it to your purchase of qualifying items through Amazon.com, an Amazon device or an Amazon app. The credit applied to your purchase will appear in your order summary as a gift card during checkout and in your account history. Eligible customers should have received a notification email from Amazon on June 21, 2016. This credit will expire at 11:59pm PDT on June 24, 2017. You can learn more about the settlements at www.amazon.com/help/ApplebooksettlementFAQs. The credits are subject to these Terms and Conditions.

Additional information about the lawsuit is available via a 2012 United States Department of Justice (DOJ) press release, as well as a 20 June 2016 release issued by involved lawyers. The DOJ's statement holds that entities party to the suit "[conspired] to end e-book retailers’ freedom to compete on price, take control of pricing from e-book retailers and substantially increase the prices that consumers pay for e-book, [and publishers] prevented retail price competition resulting in consumers paying millions of dollars more for their e-books":

“As a result of this alleged conspiracy, we believe that consumers paid millions of dollars more for some of the most popular titles,” said Attorney General Eric Holder. “We allege that executives at the highest levels of these companies–concerned that e-book sellers had reduced prices–worked together to eliminate competition among stores selling e-books, ultimately increasing prices for consumers."

“With today’s lawsuit, we are sending a clear message that competitors, even in rapidly evolving technology industries, cannot conspire to raise prices,” said Acting Assistant Attorney General Sharis A. Pozen in charge of the Department of Justice’s Antitrust Division. “We want to undo the harm caused by the companies’ anticompetitive conduct and restore retail price competition so that consumers can pay lower prices for their e-books.”According to the complaint, the five publishers and Apple were unhappy that competition among e-book sellers had reduced e-book prices and the retail profit margins of the book sellers to levels they thought were too low. To address these concerns, they worked together to enter into contracts that eliminated price competition among bookstores selling e-books, substantially increasing prices paid by consumers. Before the companies began their conspiracy, retailers regularly sold e-book versions of new releases and bestsellers for, as described by one of the publisher’s CEO, the “wretched $9.99 price point.” As a result of the conspiracy, consumers are now typically forced to pay $12.99, $14.99, or more for the most sought-after e-books, the department said.

The department alleges the conspiracy began in the summer of 2009. CEOs from the publishing companies met privately as a group about once per quarter. The meetings took place in private dining rooms of upscale Manhattan restaurants and were used to discuss confidential business and competitive matters, including Amazon’s e-book’s retailing practices.

The complaint states that the companies accomplished their conspiracy by agreeing to stop the longstanding practice of selling e-books, as they long sold print books, on wholesale to bookstores, and leaving it to the bookstores to set the price at which they would sell the e-books to consumers. Through their conspiracy, the companies imposed a new model under which the publishers seized e-book pricing authority from all of their retail bookstores and raised prices for e-books.

As stated in the department’s complaint, one publisher’s CEO said, “Our goal is to force Amazon to return to acceptable sales prices through the establishment of agency contracts in the USA. . . . To succeed our colleagues must know that we entered the fray and follow us.”

Apple, Inc. (“Apple”) settled several antitrust lawsuits about eBook prices that were brought against Apple by a coalition of state Attorneys General, and by a Plaintiff Class. Amazon was not a party to these lawsuits. Under the settlements, Apple provided funds for credits that were applied directly to Amazon accounts of eligible customers in June 2016. The account credit appeared automatically and could be used to purchase eligible products sold through Amazon.com, an Amazon device or an Amazon app. For additional information, please visit www.EbookLawsuits.com.

To be eligible, you must have had a U.S. billing address and must have purchased a Kindle book published by Hachette, HarperCollins, Simon & Schuster, Penguin or Macmillan between 4/1/10 and 5/21/12. Customers who returned these books or were refunded their money did not qualify.

The FAQ also noted that no action is required on the part of customers to receive their credits; eligible parties will see credits applied to their accounts automatically on Amazon.com:

Amazon added settlement credits to the accounts of eligible customers on June 21, 2016. You don't have to do anything to claim your credit. We will automatically apply the credit to your purchase of any item through Amazon.com. The credit applied to your purchase will appear as a gift card in your order summary during checkout and in your account history.

The FAQ includes a link for signed-in users to view their current credit balance and confirms that the funds can be applied to nearly all Amazon purchases (with minor exclusions):

You cannot use this credit to purchase Amazon gift cards or certain subscriptions. Otherwise, you can apply this credit to any item sold through Amazon.com, an Amazon device or an Amazon app.

Coincidentally, the largely unexpected Amazon credits came on the heels of a similar class action settlement involving Ticketmaster. As with the Amazon disbursement, many Ticketmaster customers were pleased to learn that the terms of a settlement entitled those who'd purchased tickets through Ticketmaster.com between 1999 and 2013 to free passes and vouchers for a number of selected concerts. In both cases, customers were simply required to log into their accounts on those web sites to redeem their credits or vouchers.