It's not the first time Amazon has come under scrutiny for items sold on its site. 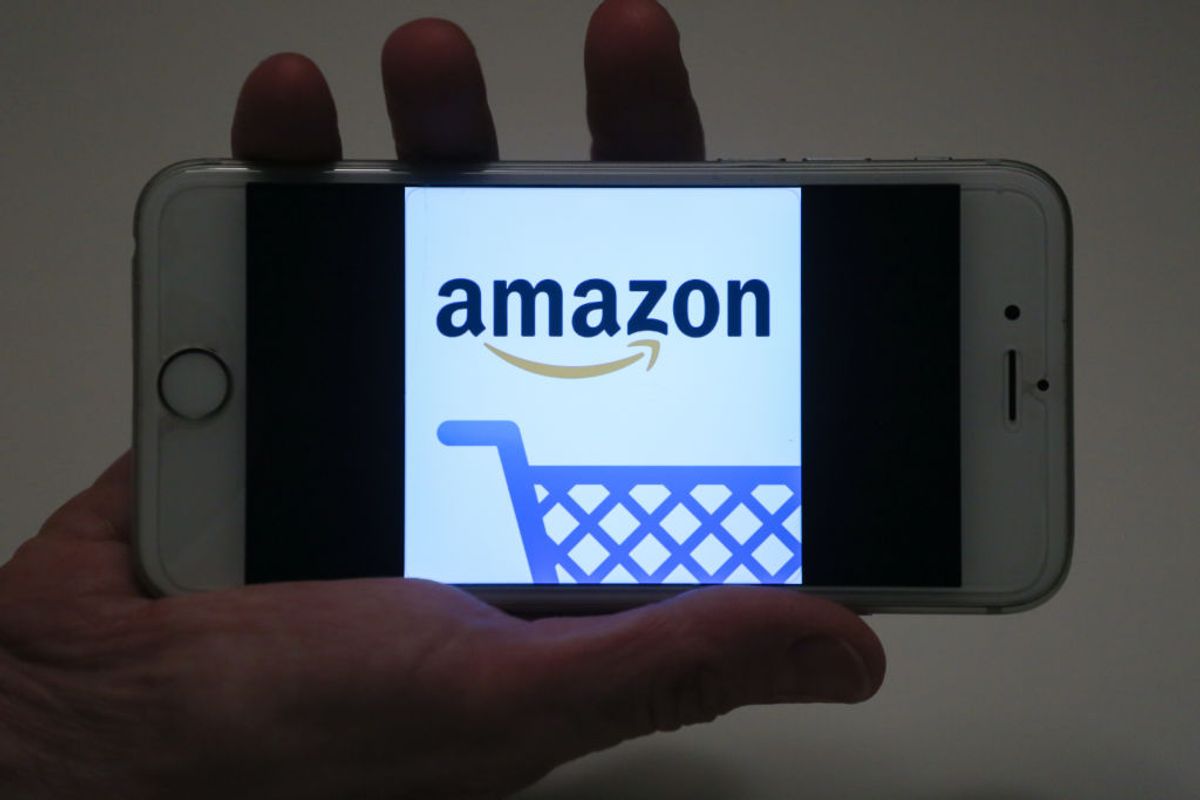 The logo of Amazon is seen on an iPhone. (Photo by Alexander Pohl/NurPhoto via Getty Images)

Claim:
Amazon sold Christmas ornaments with images of the Nazi death camp Auschwitz on them.
Rating:

Christmas ornaments with images of the Nazi death camp Auschwitz were listed for sale on the Amazon retail website.

The ornaments were listed on Amazon by a third party vendor, and Amazon removed the listing when customers brought it to their attention.

In late 2019, online mega-retailer Amazon removed Christmas ornaments from its website that contained images of Auschwitz, the death camp in Poland where Nazis massacred more than a million people, the vast majority of whom were Jews, during World War II.

Amazon was slammed by the Auschwitz Memorial, which both preserves the site of the concentration camp and works to keep the memory of those who perished in the camp alive while warning against the forces that allowed the Holocaust to take place. Incredulous readers asked Snopes.com to verify whether the ornaments were actually for sale.

Yes, such items were sold on Amazon's site, though it's unclear for how long; a seller who goes by the name "Fcheng" placed the items on the platform. An Amazon spokesman confirmed via an email to Snopes that the "products in question have been removed." All third parties who use Amazon's website to sell products "must follow our selling guidelines and those who do not will be subject to action, including potential removal of their account," according to Amazon. Amazon spokesman Patrick Graham told us all of the aforementioned items have been removed. According to the site, Amazon sellers must follow rules barring products that "promote, incite or glorify hatred, violence, racial, sexual or religious intolerance or promote organizations with such views. We'll also remove listings that graphically portray violence or victims of violence." Graham declined to say whether Amazon has a vetting process to ensure hateful products are not sold on the platform in the first place.

In 2018, Amazon came under scrutiny from two watchdog organizations that published a joint report criticizing the retail giant for "weak and inadequately enforced policies" that allowed hate groups to use the platform to "generate revenue, propagate their ideas, and grow their movements."

Partnership for Working Families and Action Center of Race and the Economy. "Delivering Hate: How Amazon’s Platforms Are Used to Spread White Supremacy, Anti-Semitism, and Islamophobia and How Amazon Can Stop It."   July 2018.