Is This a Picture of an 'Amazingly Beautiful' Blood Clot?

"A blood clot that goes from the nose down the airway and into the lungs." 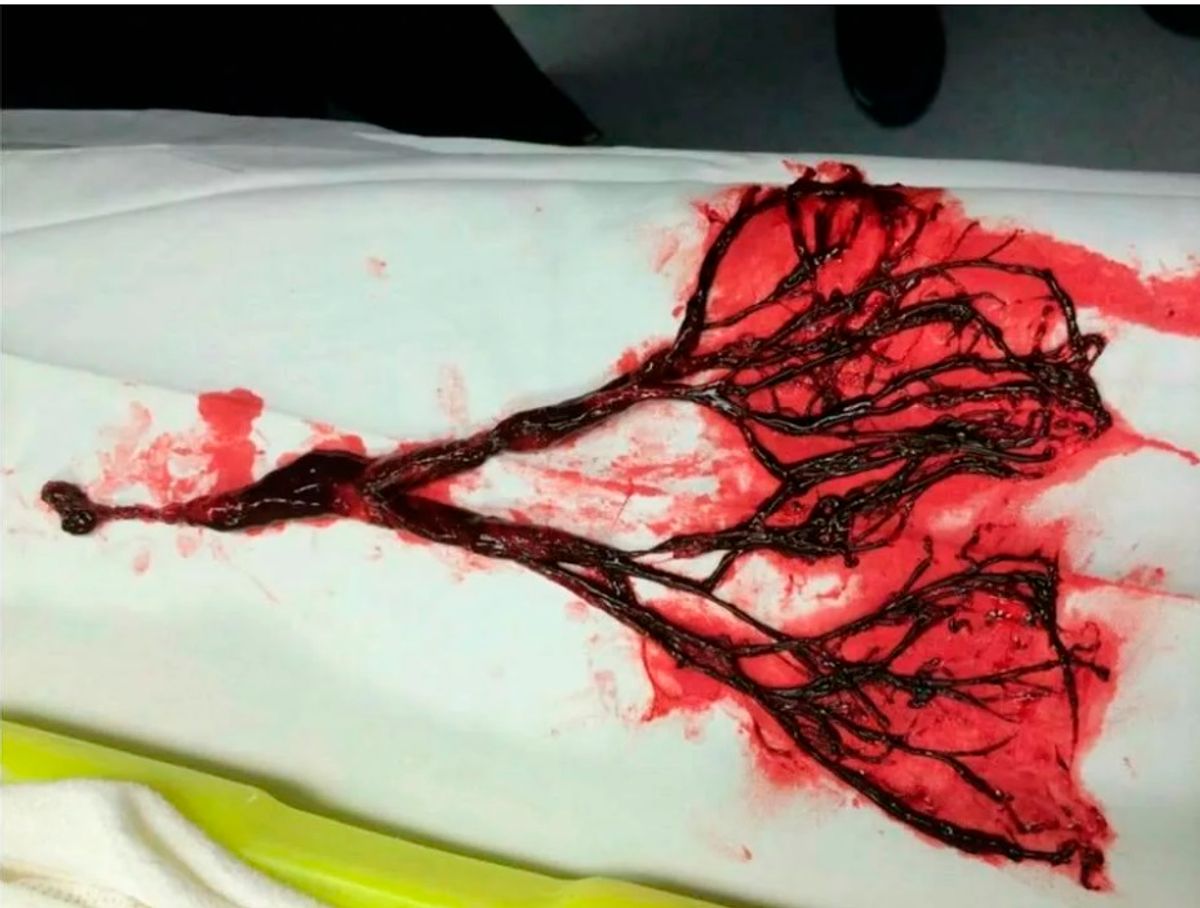 A photograph that popped up on social media in May 2015 was described as a picture of a blood clot removed from an 80-year-old patient after he presented with a 2-day-long nosebleed. According to the accompanying text, the patient coded shortly after arrival at an emergency room, and a blood clot that went "from his nose down his airway and into his lungs" was removed via intubation:

80 yr old male with nose bleed for 2 days. Refused to go to ER. Wife finally talked husband to go to ER. He coded shortly after arriving. Medical doctor went to do intubation and found this. Pulled it out in one piece. It a blood clot that goes from his nose down his airway and into his lungs. It an amazingly beautiful blood clot. The photograph was shared by Kevin Kimberlin, an EMT who told us that the patient was treated at a hospital he transports to, and that the picture was taken by a friend of his who worked on the patient.

In November 2018, the New England Journal of Medicine website posted a similar photograph of "an intact cast of the right bronchial tree" that was "spontaneously expectorated" by a patient "during an extreme bout of coughing":