A video clip captured a ball girl making a terrific catch of a foul ball at a Major League Baseball game. 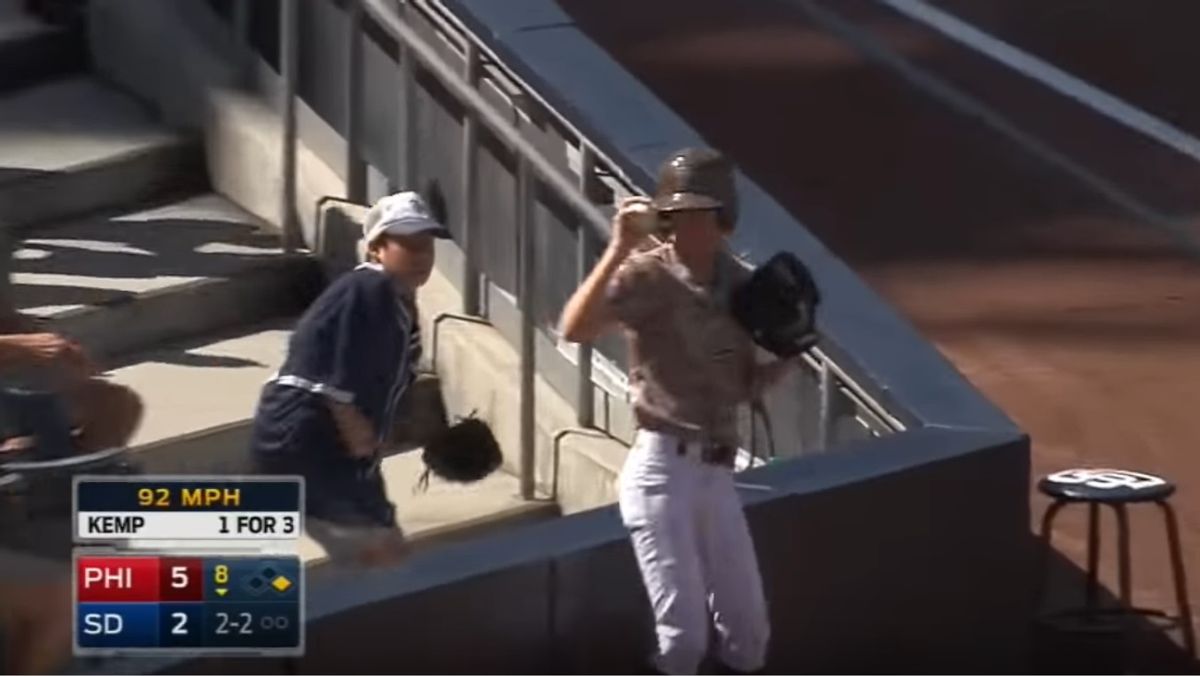 Unlike a famous 2008 video clip that purportedly showed a ball girl making an amazing fence-climbing catch at a minor league baseball game (but was actually staged for a Gatorade commercial), this time we have the real thing to offer: a ball girl who made snazzy leaping catch of a line drive off the bat of Matt Kemp during a Major League Baseball (MLB) game between the Philadelphia Phillies and the San Diego Padres at Petco Park on 9 August 2015, snaring the ball just before it headed into the stands and quickly handing it off to a nearby fan:

According to MLB: "A ball girl totally stole the show at Petco Park. On a Matt Kemp foul, she leaped and caught the ball before it could go into the stands -- casually making the grab and then looking like it was no big deal. She received a well-deserved standing ovation and 'Play of the Day' honors from the broadcast team."