Articles published in the aftermath of Alton Sterling's shooting death reported that he was a gang member and had a lengthy arrest record. 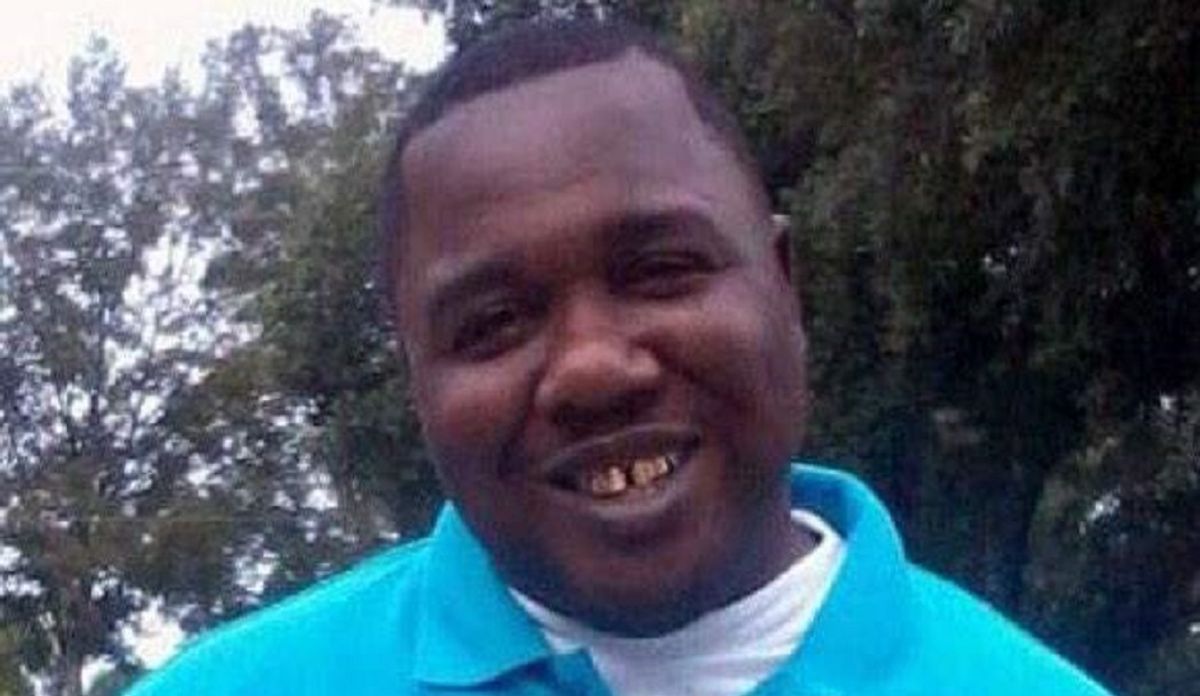 Claim:
Alton Sterling was a member of the Bloods gang and had a lengthy criminal record.
Rating:

Alton Sterling was a registered sex offender with a lengthy criminal record.

No evidence documenting that Sterling was a member of the Bloods gang has surfaced.

Several media outlets published articles focusing on Alton Sterling's arrest record shortly after Sterling was controversially killed by police officers in Baton Rouge on 5 July 2016. While some of these articles noted that Sterling's prior convictions were irrelevant to his death, others shared a list of Sterling's convictions as evidence that his treatment by police was justified and/or that he was undeserving of martyrdom due to his criminal history: Sterling did indeed have a criminal record. The East Baton Rouge Parish's Sheriff's Office listed Sterling as a "Tier 1" offender due to a 2000 conviction for carnal knowledge of a juvenile. This conviction, as well as arrests for domestic violence and weapons charges, were noted in reports about his death by mainstream media publications such as CNN and  the New York Daily News:

Sterling was a registered sex offender, after a 2000 conviction for carnal knowledge of a juvenile, records show. The circumstances of the case were not immediately clear. Records say he was released for his offense in October 2004.

He was previously arrested for aggravated battery, criminal damage to property, unauthorized entry and domestic abuse battery, records show. In 2009, he was sentenced to five years in prison for marijuana possession and for carrying an illegal weapon with a controlled dangerous substance.

CNN noted that "there's no evidence that officers who responded to the convenience store were aware of [Sterling's] criminal history."

Although Sterling had a criminal record, no evidence has emerged documenting that he was a member of the Bloods gang. The web site Got News published an article claiming that it had been "CONFIRMED" that Alton Sterling was a "Bloods Gangbanger," but the only evidence the site provided was a photograph purportedly showing a haircut Sterling had received at one point in his life: Sterling, a Bloods gang banger and a registered Democrat, had quite the rap sheet before he was gunned down in an altercation with the police. The charges include battery, assault, drug and weapons charges, and being a dead beat dad. He was also a pedophile.

Sterling’s membership in the Bloods gang is confirmed by his five point star tattoo, a common Bloods membership identifier.

Got News  wrote that Sterling's involvement was "confirmed" by his "five point star tattoo," but the man pictured above does not actually display a "five point star tattoo"' rather, he has a haircut featuring a star symbol shaved into his head. While a five-point star tattoo may be a symbol often used by the Bloods, the source provided by Got News made no mention of five-point star haircuts. Furthermore, this is not an uncommon hairstyle and certainly doesn't "confirm" gang membership: NASA's "mohawk guy" Bobak Ferdowsi and Dodgers phenom Yasiel Puig have also sported similar haircuts but don't belong to gangs:

Several reputable web sites have published articles rounding up "all we know" about Sterling, and none of those article have mentioned that he was involved in a gang.

Allen B. West concluded his article by stating that while Sterling's death was indeed tragic, it would be "dishonest to portray this story as just another man living his life who was gunned down by the police for no reason, which is what many on the left, including Black Lives Matter, will do." As such, it seems appropriate to note that some media outlets have pointed to a history of racism within the Baton Rouge Police Department as a factor in Sterling's death:

The Baton Rouge Police Department — like so many other departments across the country — is notorious for its brutal treatment of black people.  And the confrontation that ensued between Sterling and Officers Blane Salamoni and Howie Lake II should be discussed within its proper context.  The Baton Rouge Police Department has a history of brutality against black people.