Is the Island from the Allstate TV Ad Real?

Perhaps a golf cart might suffice on an island this small. 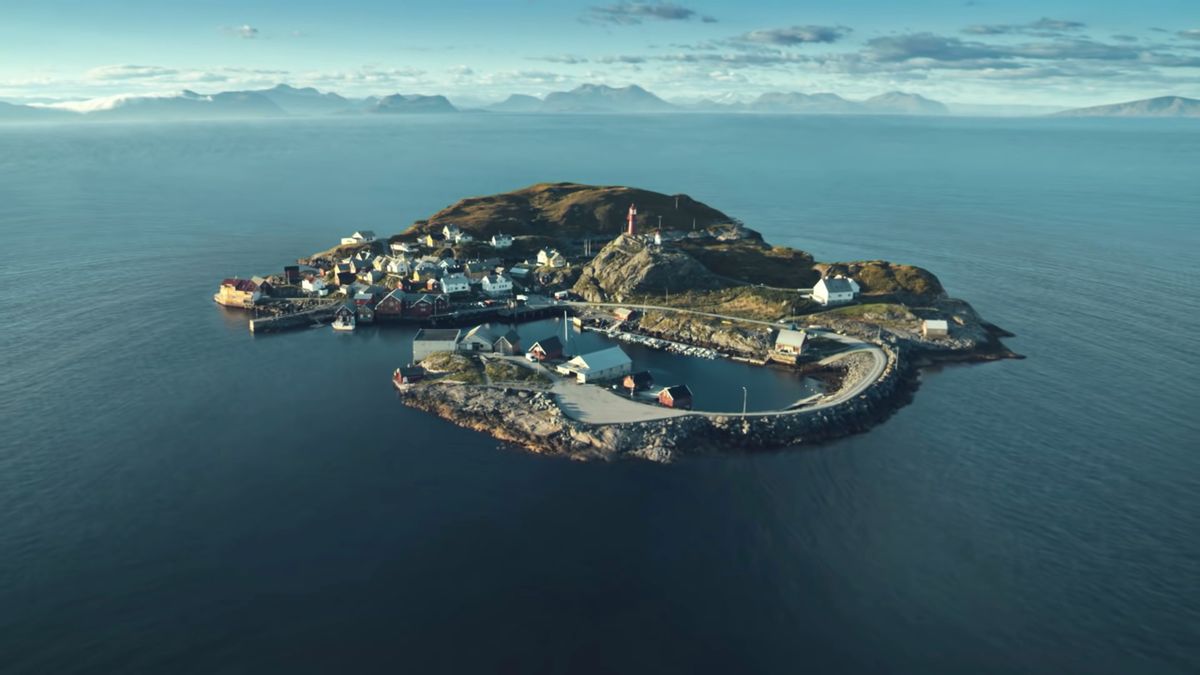 Claim:
A real island was shown in an Allstate television advertisement in 2020.
Rating:

A small island featured in an Allstate television advertisement is real.

However, it appeared that a wide shot of the island may have been altered in the editing process in order to give it a cleaner look.

On Oct. 11, 2020, Allstate insurance company released a new television advertisement that showed a man going about his day on what turned out to be a tiny island. The aim of the commercial appeared to highlight a new payment option that allowed drivers to only pay for miles driven. This meant smaller bills for drivers who don't drive a lot.

The ad featured Babe Rainbow's "Morning Song." In the final shot, it was revealed that the man lived on a very small island. We found no shortage of tweets that asked if the island was real:

The island in the Allstate video is indeed real. It is Ona, located in Norway. RepublicWorld.com reported the news in October. According to Fjords.com: "Ona is the name of the island community which consists of the two islands Ona and Husøya. The two islands are connected with a small bridge."

VisitNorway.com published a page with information for what tourists could expect when visiting the island:

Norway's southernmost living fishing village. The island serves as a year-round residence for 11 people and has a beauty that attracts travelers from far and near. Ona Fyr is a 15-meter high landmark built in 1865, located on the island's highest point, Onakalven. It is possible to go inside the lighthouse, and from the top, there is a fantastic view out over the sea and towards the mainland.

You will also find the exclusive Ona Chocolate here, a small summer café, two pottery workshops, a craft shop, a chapel, and a long, white sandy beach. The island is a peaceful place where you can enjoy the silence and tranquility. On the island, there are holiday homes located directly on the dock, and local suppliers offer a wide range of activities on-site, including various forms of fishing.

Digitally altered or not, Ona appeared to be a quiet, lovely vacation destination for anyone visiting Norway in the future.

Speaking of islands, we previously reported about a photograph of a purported "Violin Island" in Costa Rica. That picture first arrived in our inboxes in 2017.