Were Alligators Ever Kept as White House Pets?

According to popular lore, an assortment of United States presidents from John Quincy Adams to Herbert Hoover shared space in the West Wing with giant reptiles. 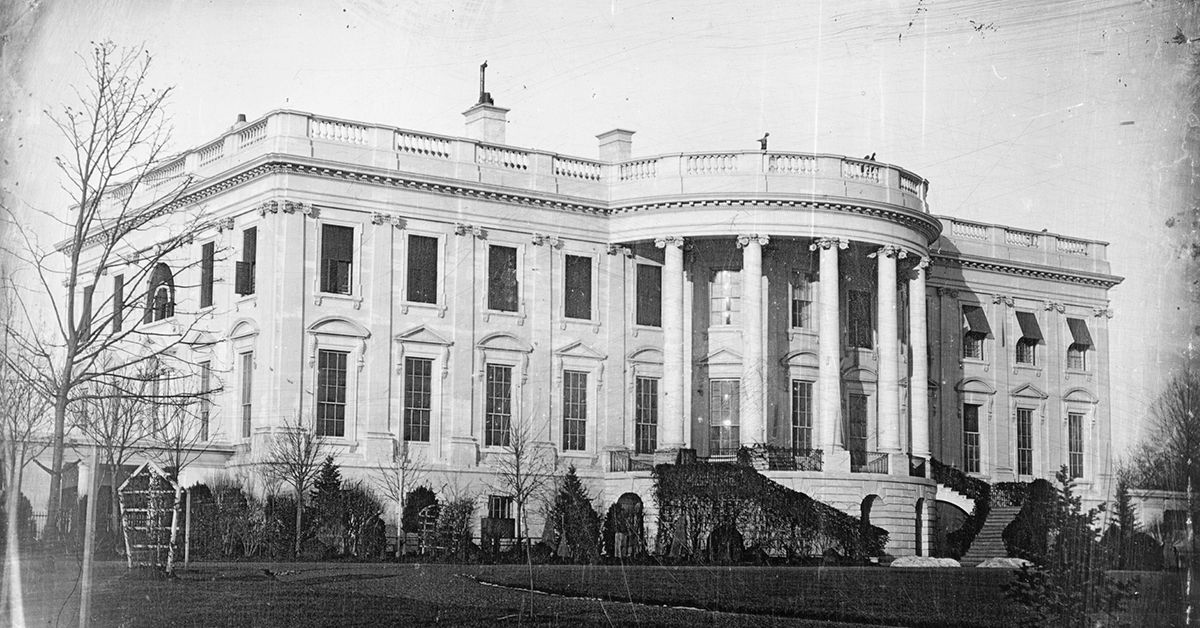 Claim:
One or more U.S. presidents (or members of their families) kept live alligators in the White House or on its grounds.
Rating:

President Donald Trump won the 2016 election by promising, in part, to "drain the swamp" in Washington, D.C., a vow that prompted GOP pundit Newt Gingrich to serve notice on fellow Washingtonians that "the alligators should be worried."

They were speaking metaphorically, of course, about Trump's intention to rid the federal government of corruption and waste.

Still, it reminded us of a more literal claim about alligators in the nation's capital, namely the oft-repeated "fun fact" that at least two previous chief executives, John Quincy Adams and Herbert Hoover, kept alligators as pets on the White House grounds.

It has become a very popular trope on social media:

Happy Presidents' Day. Did you know John Quincy Adams, the 6th President of the United States, had an #alligator in the White House? It was a gift from Revolutionary War hero Marquis de Lafayette. Visit #MightyMike ? in Gator Alley. #WINTERinCincy pic.twitter.com/cX2zpcC06Q

The online source most frequently cited for these claims is a highly entertaining web site called The Presidential Pet Museum. An article there explains how Presidents Adams and Hoover each supposedly came into possession of the unconventional pets:

Revolutionary War hero the Marquis de Lafayette received many gifts and honors during his tour of the 24 states in 1824 and 1825, but probably none more unusual than an alligator.

Now what exactly does one do with the gift of a live alligator, you might ask?

Well, apparently if you are a French general who led troops alongside George Washington and fought in several crucial battles including the Battle of Brandywine in Pennsylvania and the Battle of Yorktown in Virginia, you bring the animal with you to the White House.

Unfortunately, we don’t know what President and Mrs. John Quincy Adams’s initial reactions were to this unusual re-gifting. (Where’s YouTube when you need it?)

However, we do know that President Adams did what any president should do: He lodged the gator in the White House’s unfinished East Room and its nearby bathtub.

Large reptiles made another appearance a century later at the White House during the Depression, during Herbert Hoover’s presidency in the early 1930s.

Finding no sources cited in the article, we decided to look into both stories for ourselves, beginning with the tale of Gen. Lafayette re-gifting an alligator to John Quincy Adams. We weren't surprised to learn that it's been making the rounds for more than a hundred years.

Among the pre-Internet mentions we encountered was a variant in the 1958 book The White House and Its Thirty-Three Families, by Amy La Follette Jensen, suggesting that the creature wasn't so much a gift to the White House as an item temporarily stored there:

Most of the excitement [in the Adams White House] came from visiting diplomats, and throughout July and August of 1825, visitors had the thrill of meeting General Lafayette. The General, who was making the White House his headquarters that summer, had left his live alligator in the East Room until he could find a suitable home for it, and was also using the room as a storehouse for the gifts that had been bestowed on him. They were piled haphazardly in the comers and on sofas and chairs.

An equally brief account appeared 70 years before that (in 1888) in an article by Harriet Taylor Upton in the children's magazine Wide Awake:

When General Lafayette made his visit there, this famous East Room was given up to him to deposit the many curiosities sent him, some live alligators being among them.

We were unable to locate any earlier published references to Lafayette and his alligators, a result confirmed by presidential history blogger Howard Dorre, who reports finding no primary sources confirming the anecdote at all. Though he concedes that the story could be true, Dorre feels the paucity of evidence points in the other direction:

I doubt that renowned suffragist Harriet Taylor Upton made up the story. So where did she get it? We may never know. But the timespan from when it would have happened to when she wrote about it and the utter lack of corroborating accounts are too much to ignore.

We agree with Dorre, and rate the John Quincy Adams story "Unproven."

As to the claim that alligators roamed the White House grounds during Herbert Hoover's administration, we can report more definitively that it is false. Here's how that story was synopsized in a 1997 syndicated trivia column by L.M. Boyd:

Q. Name the U.S. President who sometimes let a couple of pet alligators loose to wander from room to room in the White House.

A. That was Herbert Hoover's son, Allan, according to the historical footnotes.

There's a wee grain of truth in that (as we learned from the blog of the Herbert Hoover Library and Museum), but the fact is that Hoover's son, who graduated from Stanford University the same year his father was elected and went straight from there to Harvard Business School, never resided at the White House.

Allan was fascinated by alligators as a young man, to be sure, and even raised two as pets, according to Herbert Hoover himself:

Herbert Hoover makes reference to the alligators in the second volume of his memoirs: “Allan was still in the stage of adventure where all sorts of animals must be accumulated. By providing food and water for birds, he induced scores of them to daily visit us. He also provided them quarters by hanging gourds in trees. Two dogs and two cats were necessary, and among the transitory possessions were two ducks which he trained to sit on the front porch to the infinite entertainment of passers-by. A selection of land turtles gathered from the woods was all right; but two small alligators, presented to him by Clarence Woolley, were somewhat of a trial, for Allan believed they must be bedded at night in the bathtubs.” At this time Hoover was living at 2300 S Street in Washington, DC and Allan was roughly fourteen years old.

But Allan Hoover divested himself of both specimens shortly thereafter, when his interest in reptiles gave way to stamp collecting. According to the 1922 annual report of the Smithsonian Institution, one "Allen [sic] Hoover" donated two alligators that year to the National Zoological Park in Washington. His father wouldn't move into the White House until 1929.

Parenthetically, our research uncovered at least two other reported instances of alligators taking up residency in the executive mansion, both predating the Hoover story. We can't disprove these accounts, mind you, but given the journalistic standards of the day it would be wise to take them with a grain of salt.

The first is an Associated Press item, dated 9 February 1921, announcing the impending arrival of a new White House pet in the company of President-elect Warren G. Harding:

And, lastly, here is our favorite alligators-in-the-White-House story, as told in 1890 (the second year of President Benjamin Harrison's term in office) by the Washington correspondent of the New York Tribune, via the San Francisco Chronicle:

When Russell Harrison returned from his recent trip to Florida he brought with him two alligators as an addition to the White House pets. Members of the family in the Executive Mansion did not take very kindly to the new animals, however, and they were place in an ordinary tin foot-tub and consigned to the conservatory, which is connected with the main floor of the mansion. With a red brick to remind them of the St. John's river banks, and amid clusters of oranges, growing upon trees in the conservatory, the alligators seem perfectly at home, and apparently in thriving condition. Among those to whom Russell Harrison exhibited his pets during the races now in progress at Bennings were W.J. Arkell and Artist Gillam of Judge, both of whom are interested in one of the stables of horses at the track.

Both visitors declared the alligators to be veritable mascots, and after a little persuasion they induced Mr. Harrison to go out to Bennings with them after each of the trio had rubbed fat pocket-books across the scaly backs of the saurians, the latter apparently enjoying the sensation and craving more. There were six races on the program when the party from the White House reached the pool lawn and began to invest their money, but somehow luck seemed to be dead against them. Not only did they fail to name winners in any of the six events, but they were equally unfortunate in their selections of horses for a place, and none of them believe now in alligators as harbingers of good fortune.

The Presidential Pet Museum.  "Alligators in the White House Bathtub, Oh My!"   5 September 2013.

U.S. Government Printing Office.  Report of the Secretary of the Smithsonian Institution."   1922.