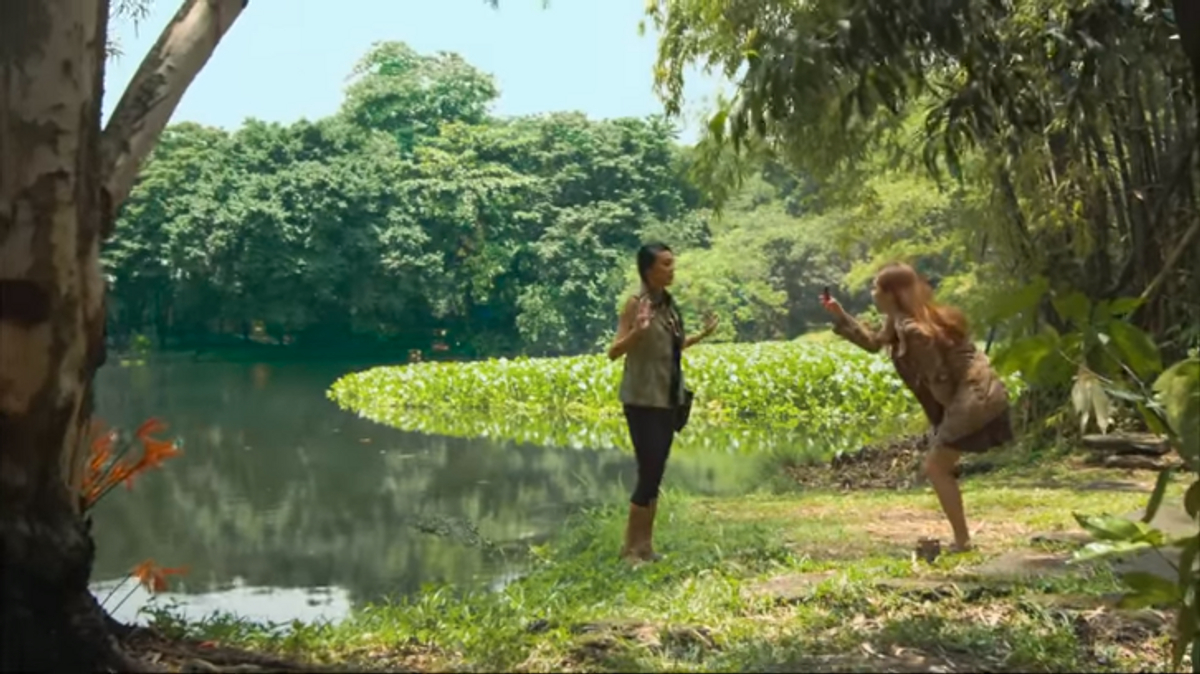 Claim:
Video shows a woman getting eaten by an alligator while posing for a photograph along a riverbank.
Rating:

A video purportedly showing a woman being attacked by an alligator while posing for a photograph along a riverbank has been circulating on the Internet since 2012.

The video does not show a real alligator attack, however: it's merely a commercial for Preview magazine.

When the video was originally uploaded to YouTube, it featured a few extra seconds of footage containing the tagline "choose your bag wisely," the hashtag #IMAPreviewGirl, and a link to Preview's web site. These aspects clearly identified the video as an advertisement; but (as is typical with such "reality" commercials) they were trimmed off by those who subsequently reposted it, making it difficult for viewers to recognize the clip as a commercial.

Although several versions of this video currently circulating on the Internet (many lacking the final seconds of the original video) claim to depict a real alligator attack, Preview has made it clear that this clip ("How Not to Instagram") is just a commercial. The magazine has listed the full creative team behind the clip on their web site, and the viral video has won a few advertising awards:

Preview Magazine's viral YouTube video just reached new heights, not only was it our most viewed (and yes, funniest!) video to date, it is now award-winning as well! How Not to Instagram was a finalist in two categories for The Kidlat Awards: Shareable Content and Online Film. And in the end, the video collaboration between Preview and Blackpencil Manila took home the Bronze for Online Film.