Did Angels Prevent a Rape?

Girl who prays for protection is saved from rape because two angels keep her safe. 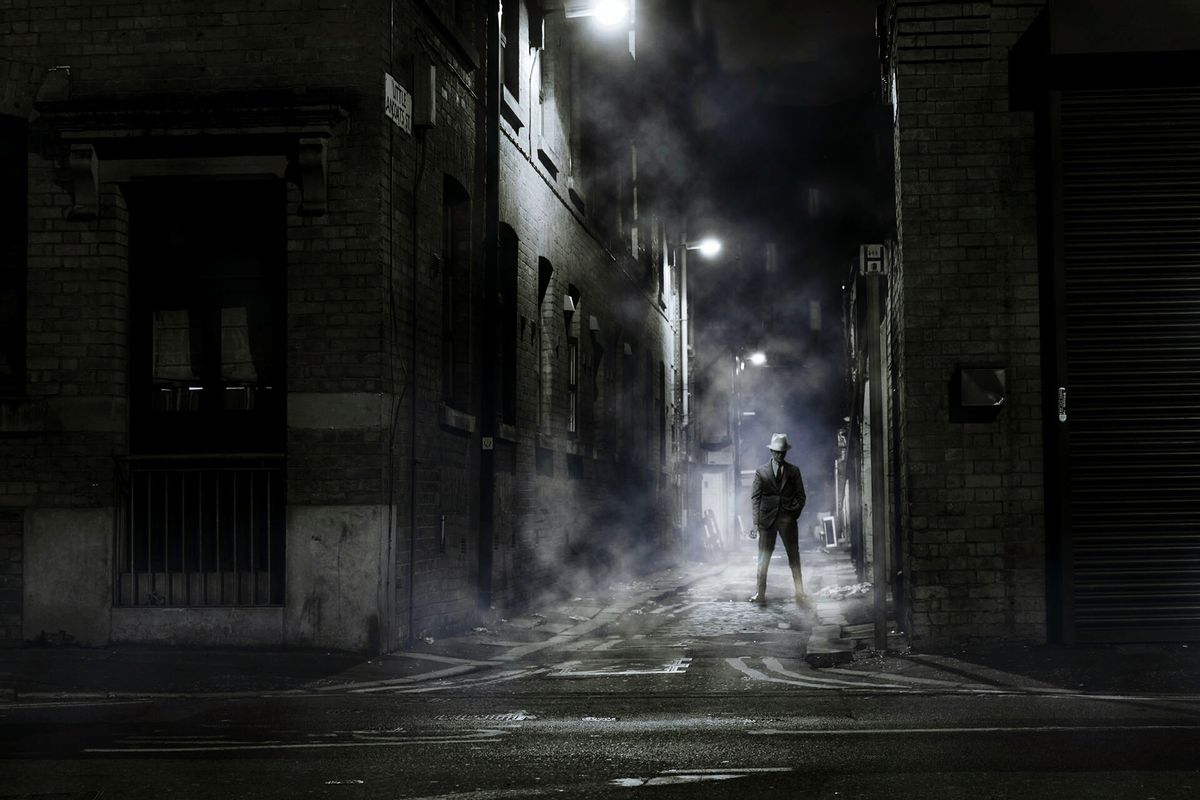 Claim:
Christian girl who prays for protection while walking home late one night is saved by two angels who keep her safe from rape.
Rating:

This piece first appeared in inboxes in February 2001. It sometimes concludes with the tagline "Moral of the story: NEVER UNDERESTIMATE THE POWER OF PRAYER!"

Diane, a young Christian university student, was home for the summer. She had gone to visit some friends one evening and the time passed quickly as each shared their various experiences of the past year.

She ended up staying longer than she had planned and had to walk home alone. But she wasn't afraid because it was a small town and she lived only a few blocks away. As she walked along under the tall elm trees, Diane asked "God" to keep her safe from harm and danger. When she reached the alley, which was a short cut to her house, she decided to take it. However, halfway down the alley she noticed a man standing at the end as though he were waiting for her. She became uneasy and began to pray, asking for God's protection. Instantly a comforting feeling of quietness and security wrapped around her, she felt as though someone was walking with her. When she reached the end of the alley, she walked right past the man and arrived home safety.

The following day, she read in the paper that a young girl had been raped in the same alley, just twenty minutes after she had been there. Feeling overwhelmed by this tragedy and the fact that it could have been her, she began to weep. Thanking the Lord for her safety and to help this young woman, she decided to go to the police station. She felt she could recognize the man, so she told them her story. The police asked her if she would be willing to look at a lineup to see if she could identify him. She agreed and immediately pointed out the man she had seen in the alley the night before.

When the man was told he had been identified, he immediately broke down and confessed. The officer thanked Diane for her bravery and asked if their was anything they could do for her, she asked if they would ask the man one question. Diane was curious as to why he had not attacked her. When the policeman asked him, he answered, "Because she wasn't alone. She had two tall men walking on either side of her."

This story is best viewed as an inspirational tale meant to stress the importance of prayer in daily life, not as an account of something that actually happened. Nothing in it lends itself to verification; no last name or date or city is given. Indeed, we supposedly know what the rapist said in explanation of his unexpected confession ("Because she wasn't alone. She had two tall men walking on either side of her") but we aren't told his name, a detail that would make running down news articles about this man's conviction and sentence a snap.

As a bit of inspirational fiction, "Angels in the Alley" (its oft-used informal Internet title) not only misses the mark but lands a wicked backhand against the very folks a caring God would look to spare further harm. Because "Diane" prays she is passed over by the rapist, but another girl who traverses the same alley twenty minutes later is not so fortunate — she is victimized in the way Diane would have been. Prayer doesn't stop the rape; it merely diverts it from one potential victim to another. Diane's entreaties to the Lord thus have the effect of precipitating the sexual assault of another woman who otherwise would not have been raped. Hardly a ringing endorsement of God's mercy, that.

Beyond the "displacement of an evil result onto another" concept, (halting> the evil as opposed to merely redirecting it would have been a better game plan for these alleyway angels), this story does a huge disservice to the many in real life who have been sexually assaulted. It implies they didn't pray hard enough, else their rapes would have been prevented too. Victims of such attacks carry enough emotional scars without prayer advocates adding one more: God must have intentionally turned his back on them, because he sends angels to protect the truly worthy.

The truly worthy, the truly unworthy, and all manner of folk in between can and do get raped, beaten, murdered, and have any number of horrible fates visited upon them. Belief in a world populated with invincible spirit guards that can be summoned to keep watch over us by the mere utterance of a heartfelt prayer might be ever so comforting, but the reality of life is far different. Good people, even prayerful people, can have bad things happen to them. To think otherwise is to draw comfort from the notion that all those who have been victimized mustn't have prayed hard enough, or that deep down they just weren't good people after all.