Is Alfredo Rivera the Flight Attendant Who Duct-Taped a Passenger?

We can't confirm if this passenger truly smelled like Marlboro cigarettes, Everclear alcohol and regret. 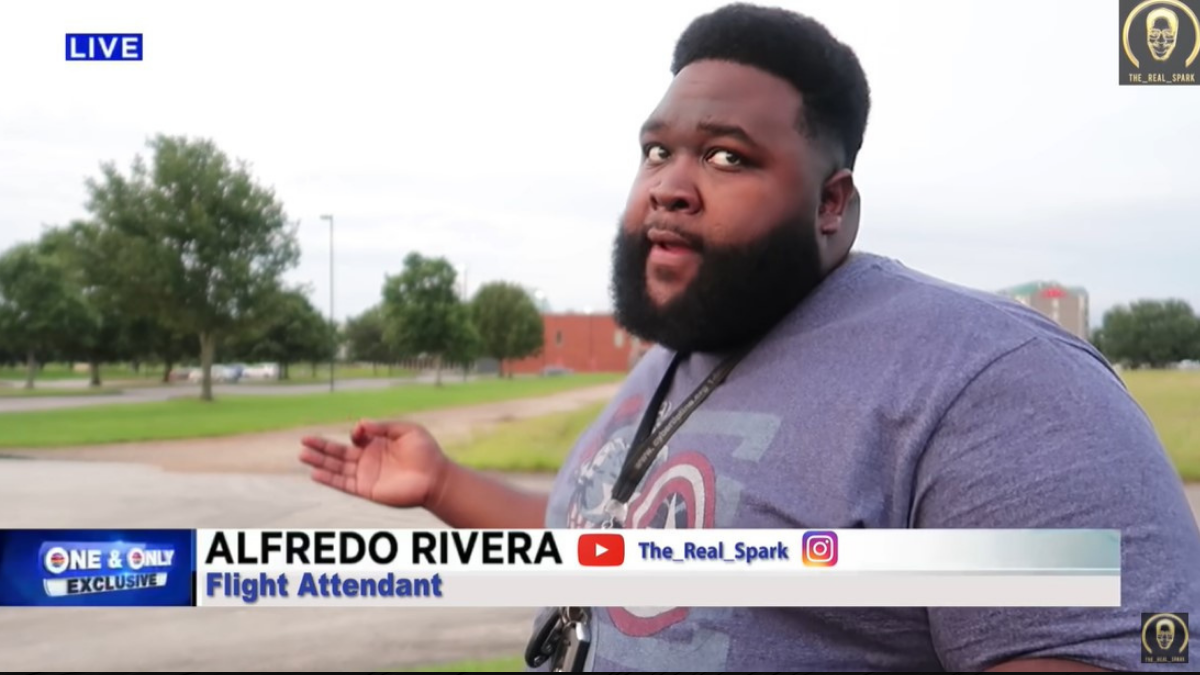 Claim:
A video shows a genuine news interview with Alfredo Rivera, supposedly the flight attendant who duct-taped an unruly passenger to his seat during a Frontier Airlines flight in July 2021.
Rating:

This is a comedy sketch based on a real incident.

On Aug. 6, 2021, a video went viral on social media that supposedly showed a man named Alfredo Rivera, who, according to the video, was the flight attendant who famously duct-taped an unruly passenger to his seat during a Frontier Airlines flight, talking about the ordeal:

The man featured in this video is not a flight attendant named Alfredo Rivera. This is a comedian who goes by "The Real Spark" parodying the event.

A passenger aboard a Frontier Airlines flight has been charged with three counts of battery. The passenger is accused of inappropriately touching two female flight attendants and punching a male attendant on Saturday. The flight crew then restrained the unruly passenger and used tape to ensure he stayed seated for the remainder of the flight.

Here's a video of the incident:

We're not sure the names of the flight attendants involved. However, the name "Alfredo Rivera" doesn't appear to have been pulled from thin air.

In Reuters report of this incident, they include three photographs that were credited to a person (most likely a passenger) by this name. It appears that "The Real Spark" borrowed this name to create his fictional flight attendant character.

The comedian originally shared this video to his social media profiles on Aug. 4, 2021. Here's a copy of the original video:

The Real Spark has made several other fake interview videos that comment on real-world events. In July, for example, as employees at Frito-Lay were on strike, he posted this video.