A doctored image appears to show Hodgkinson holding a sign with a tweet about the Second Amendment. 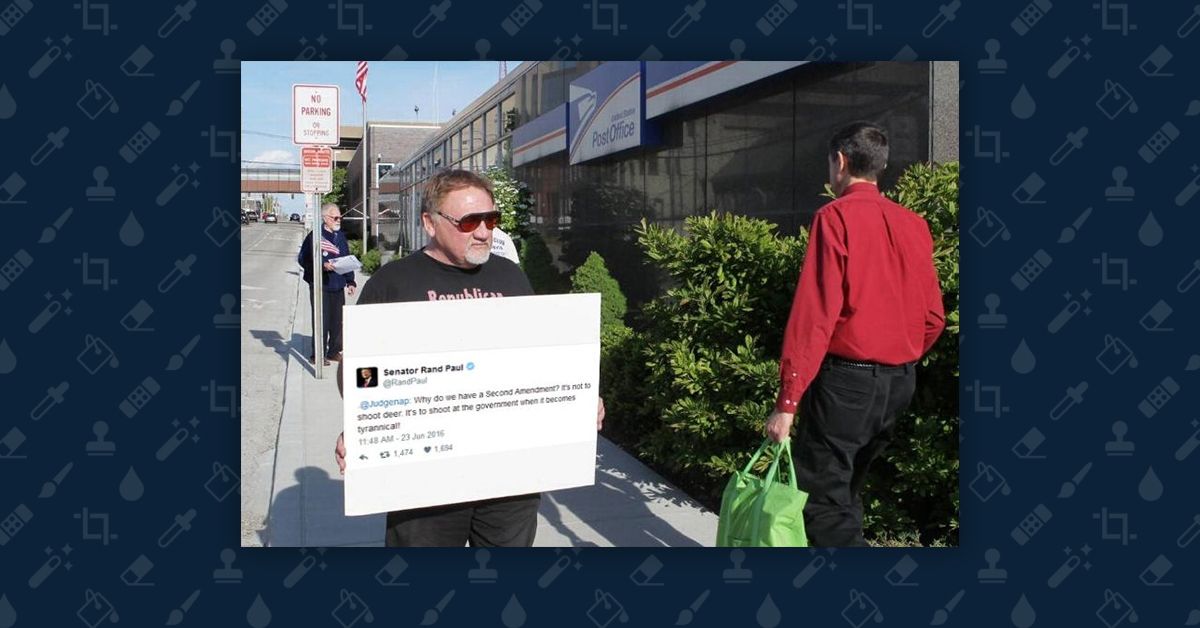 A gunman opened fire on a group of Republican lawmakers at a baseball field in Alexandria, Virginia on 14 June 2017, leaving five people injured, including House Majority Whip Steve Scalise, who was left in critical condition. Shortly after, social media users circulated a photograph that appeared to show the gunman, James T. Hodgkinson, holding a sign with an image of a Rand Paul tweet about the Second Amendment: The tweet quotes author and commentator Judge Andrew Napolitano saying that the Second Amendment was written to allow people to shoot at the government "when it becomes tyrannical." The photograph, however, has been doctored.

Associated Press photographer Derik Holtmann took the real photograph in 2012. In it, Hodgkinson stands outside a post office in Belleville, Illinois, holding a sign that reads "Tax the rich like congress did for 70 years til Reagan's "Trickle Down" We Need "20 Brackets - $20 million":