A misleading online advertisement with a picture of the U.S. representative purportedly teased a reveal of her husband's name. 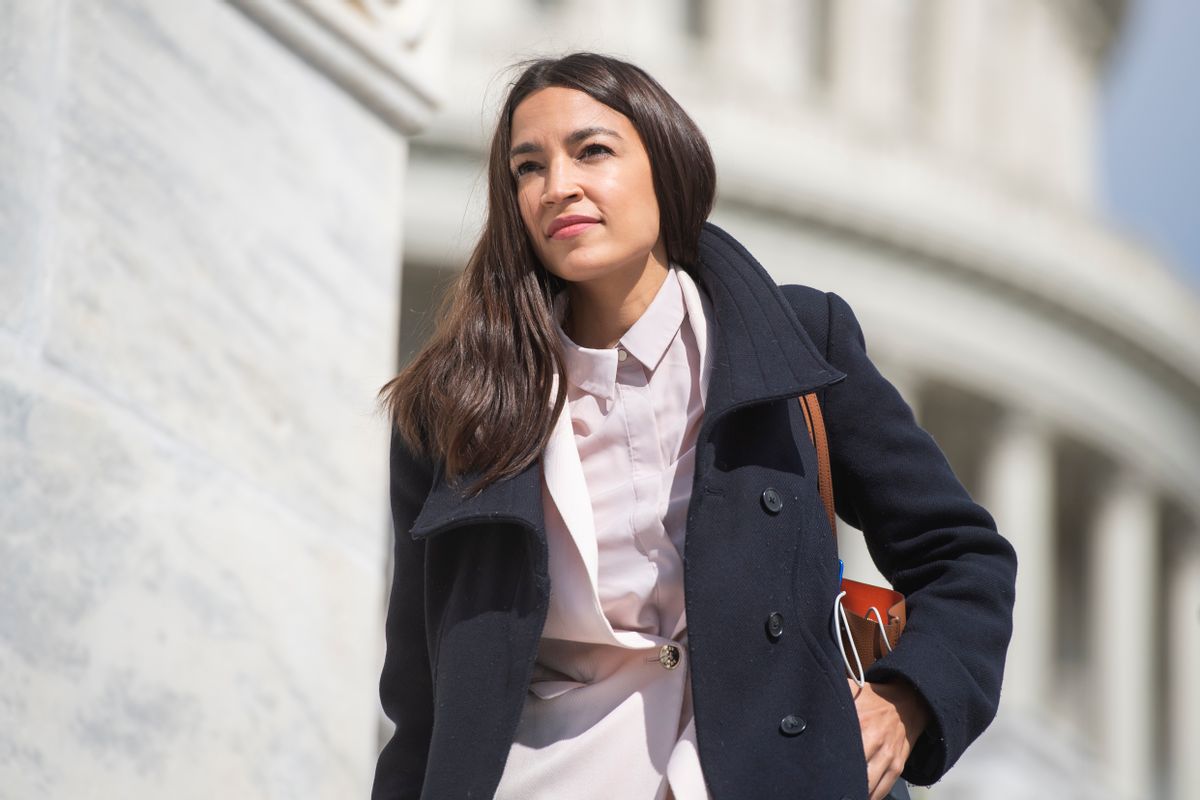 In early February 2021, a misleading online advertisement about an American congresswoman was displayed on the Outbrain advertising network. It said that U.S. Rep. Alexandria Ocasio-Cortez, also known as "AOC," was married and teased a reveal of her husband's name: Readers who clicked the ad were led to a story on the Hollywood Tale website. It spanned 87 pages.

However, the article said nothing about Ocasio-Cortez actually being married or having a husband. That's because she was not married at the time.

Near the very end of the story, an incomplete and poorly written page described her boyfriend. The headline of the page left blank the amount of time that the couple had been together. The author also misspelled and failed to capitalize the name of a magazine.

Alexandria Ocasio-Cortez & Riley Roberts- Together For

According to a 2018 Vogue profile, Ocasio-Cortez and Roberts met while studying at Boston University, in what AOC calls a "true nerdy fashion." They both attended a weekly Friday afternoon conversation hosted by the dean at BU, called coffee and conversation. In the documentary "Knock Down The House," their relationship is shown and it seems like Riley is Cortez's support system. The couple is highly in-love, fun fact is that Cortez's mom is her partner’s biggest fan. They are proud parents to a french bulldog.

It's true that a 2018 story from Vogue chronicled the relationship between Ocasio-Cortez and her boyfriend, Riley Roberts:

Ocasio-Cortez was born in the Parkchester neighborhood of the Bronx, and it’s where she lives now, in a one-bedroom apartment with her boyfriend, Riley Roberts, an easygoing redhead who works in web development. Her mother, an Evangelical Christian born in Puerto Rico, cleaned houses.

Her father, who was born in the borough and became an architect, died of lung cancer at 48. Ocasio-Cortez was then a sophomore at Boston University, where she read not Karl Marx but Martin Luther King Jr. and Howard Thurman. A classmate she’s still close to is Alexandria Lafci, the cofounder of New Story, a San Francisco start-up experimenting with 3-D-printed homes in the developing world.

Then there’s Roberts, whom Ocasio-Cortez met—"in true nerdy fashion," she says—at a weekly Friday-afternoon conversation hosted by the dean at BU. He later moved from Arizona to be with her.

In sum, Ocasio-Cortez was not married in early February 2021. The misleading online advertisement was nothing more than clickbait.