Will 'Trump Accuser' Alexander Vindman Be Charged as a Spy? 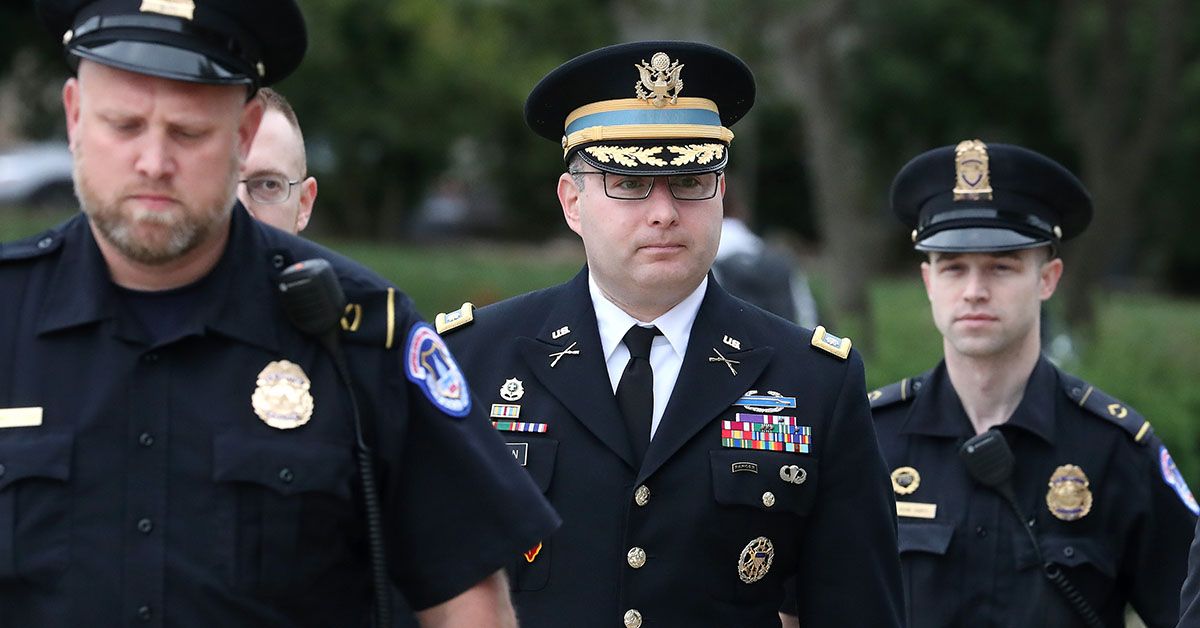 Claim:
Alexander Vindman, who testified against U.S. President Donald Trump as a witness to the Ukraine phone call, will be charged as a spy.
Rating:

On Nov. 5, 2019, the website Daily World Update published an article positing that Alexander Vindman, the White House official who testified against U.S. President Donald Trump as a witness to a call with the Ukrainian president that is the subject of an impeachment inquiry, will be charged as a spy.

Trump Accuser Alex Vindman To Be Charged As A Spy

Lt. Col Alexander Vindman gave testimony against President Trump, claiming that that there was indeed a quid, a pro, and a quo involved in Trump’s now famous phone call to the Ukraine. This seemed damning until it was revealed that Vindman was not an American, but a Ukrainian immigrant , and was therefore likely a double agent.

The accusation was met with anger from the left. Harsh words flew at the White House saying that it was deplorable to say such things about a war hero, but now, once again, the President has been vindicated. Alexander Vindman will be tried as a spy.

In reality, Vindman did testify against Trump in an ongoing impeachment inquiry that revolves around a phone call between Trump and Ukrainian President Volodymyr Zelensky, in which Trump is accused of having attempted to extract damaging information about a political opponent from Zelensky in exchange for crucial military aid.