Is This a Real Photograph of Alex Acosta's Family?

Readers inquired about the authenticity of an image that appeared to show the former U.S. labor secretary and his family. 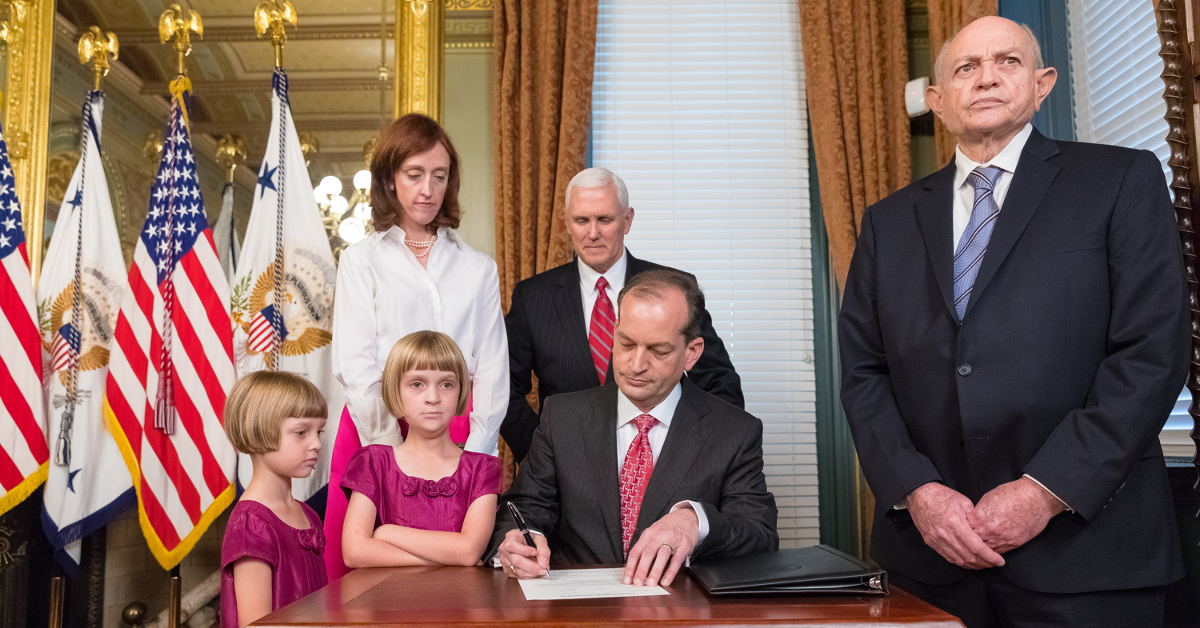 In July 2019, we received inquiries from readers about a photograph of Alex Acosta and his family, which emerged on social media in the days leading up to Acosta's resignation as U.S. secretary of labor:

the acostas couldn't look more like a strict christian family with dark secrets if they tried pic.twitter.com/OtDUijwnpl

Several readers asked whether the photograph was authentic. It is. The image shows Acosta signing his oath of office, after being sworn in as secretary of labor by Vice President Mike Pence, at Labor Department headquarters in Washington, D.C., on April 28, 2017. The original image, as found on the official White House website, can be seen below: Acosta was accompanied at the event by his daughters, Delia and Rosalia, his wife, Jan, his father, Rene, and the vice president. Official White House video footage of the signing ceremony can be seen below: