Is Pfizer CEO Albert Bourla the Son of Holocaust Survivors From Thessaloniki?

Thessaloniki, with a population of nearly 50,000 Jews, fell under German occupation in April 1941. 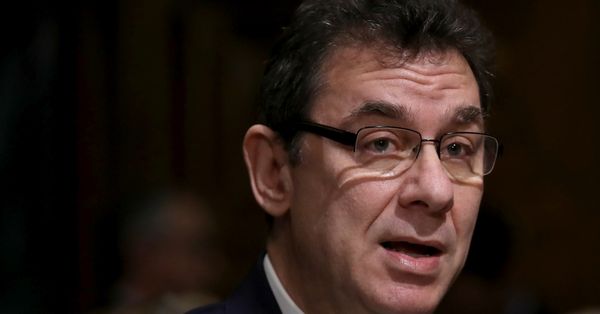 Claim:
Pfizer CEO Albert Bourla is the son of holocaust survivors from Thessaloniki, Greece, which is a city that saw over 95% of its Jewish population murdered by Nazis.
Rating:

This fact has nothing to do with Israel being among the first countries to receive the Pfizer vaccine, as claimed on social media.

In January 2019, after more than 25 years with the company, Albert Bourla became the CEO of Pfizer, which produces one of the two mRNA COVID-19 vaccines currently in use. He is also the son of two Holocaust survivors who escaped the mass deportation of Jews from the Greek city of Thessaloniki to the death camps of Auschwitz-Birkenau during World War II.

On February 18, 2021, Bourla was interviewed on Zoom by Radiolab's Robert Krulwich for the Museum of Jewish Heritage in New York City, where he told the story his parents told him of their survival during the war.

Thessaloniki, with a population of nearly 50,000 Jews, fell under German occupation in April 1941. In the summer of 1942, according to the United States Holocaust Museum, the persecution of the Jews of Thessaloniki began in a systematic fashion:

All men between the ages of 18 and 45 were conscripted into forced labor, where they stood for hours in the hot summer sun and were beaten and humiliated. The Jewish community was depleted of its wealth and pride. Jews were ordered to wear the yellow Star of David and forced into an enclosed ghetto, called Baron Hirsch, adjacent to the rail lines.

Beginning on March 15, 1943, the museum wrote, the German deportation of Jews from Thessaloniki began. "Every three days, freight cars crammed with an average of 2,000 Thessaloniki Jews headed toward Auschwitz-Birkenau. By the summer of 1943, German authorities had deported 46,091 Jews."

Bourla, in his interview with Krulwich, explained that his father and uncle witnessed the rest of their family’s deportation from that location to the death camps at Auschwitz-Birkenau. The two were able to survive, as described by the progressive  Jewish publication Forward, "with forged papers — courtesy of sympathetic Catholics influenced by Athens’ archbishop — and a job at a Red Cross warehouse."

Bourla's mother, named Sara, was able to hide from authorities by living with her older sister, who converted to marry a Christian government officer named Kostas Dimadis. As described in Forward, she nonetheless came perilously close to death at the hands of the Nazis:

Sara lived in hiding but was spotted during her occasional walks through town and betrayed by a neighbor. She was transferred to a prison, where a bribe from her brother-in-law to the head Nazi in Thessaloniki, Max Merten, saved her life.

Her sister still checked the prison everyday at noon, when a truck came to transport prisoners to their death. Her caution was warranted; one day, Sara was put on the truck. Dimadis called Merten in a fury for breaking his word. As Sara was lined up against the wall before a firing squad, a BMW motorcycle carrying two soldiers with a paper of reprieve spared Sara and another woman.

“As the truck was leaving the place, they heard the sound of the machine guns,” Bourla said. “Everybody else was dying and they were sitting there just three minutes ago.”

Bourla's heritage has been a topic of conversation since before his interview for the Jewish Heritage Museum. A viral bit of oft-repeated copypasta — repeatedly copied or forwarded bits of text on social media — references this history as well:

Hitler took Greece by storm to secure his southern wing before launching Operation Barbarossa and the offensive against Russia. Out of 60,000 Thessaloniki Jews, about 50,000 were exterminated in Birkenau in a very short time. Few survived. Among the survivors were the Bourla family. …

The vaccine that will save the lives of millions of people around the world was led and pushed by a Jew. Son of Holocaust survivors. From Thessaloniki.

These largely accurate posts, however, end with the false assertion that "this is why Israel became the first country to receive the vaccine." The first Pfizer inoculations outside of a clinical trial took place in the U.K. on Dec. 8, 2020. The U.S. followed on Dec. 14, 2020. Israel began inoculations on Dec. 20, 2020.

While Israel began negotiations with Pfizer to purchase their vaccines in an early and more ambitious manner than many other countries, there is no evidence that Bourla's personal background played any role in how the company negotiated vaccine contracts.

The primary claim that the CEO of Pfizer is the son of Jews from Thessaloniki who survived Nazi deportation and genocide is, however, "True."