No, This Alaska Airlines 'Anniversary Offer' Is Not Real

The airline is not celebrating its anniversary in February 2020 with a ticket giveaway. 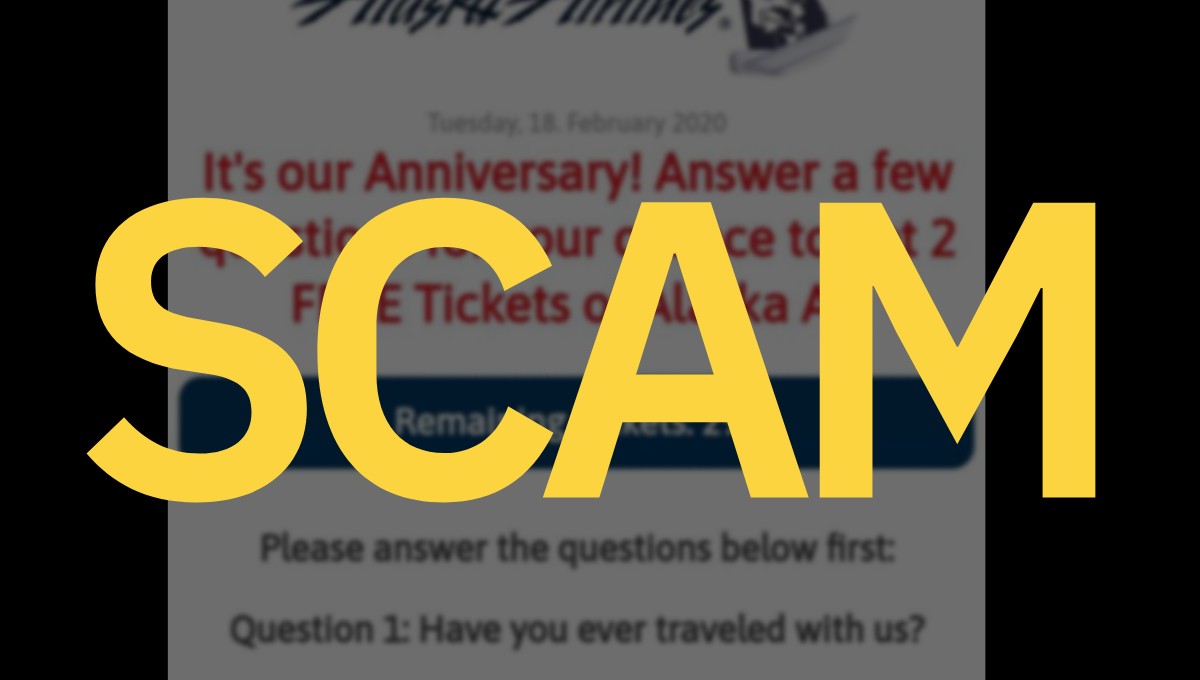 Claim:
Alaska Airlines is offering a chance to win two free tickets to users who complete a survey.
Rating:

In February 2020, a variation of a familiar scam circulated on Facebook.

The dubious website airalaskaoffer.com offered users a "chance to get 2 free tickets of Alaska Air." To enter, users had to complete survey questions. Alaska Airlines was quick to call out the scam on its Facebook page, offering advice on how to spot real offers: As if the poor writing on the bogus offer weren't enough of a red flag, we've seen numerous scams like this one before. Save the company name, it was practically a carbon copy of previous anniversary scams. As we previously reported:

These web pages (which are not operated or sponsored by the companies they reference) typically ask the unwary to click what appear to be Facebook “share” buttons and post comments to the scammer’s site (which is really a ruse to dupe users into spreading the scam by sharing it with all of their Facebook friends). Those who follow such instructions are then led into a set of pages prompting them to input a fair amount of personal information (including name, age, address, and phone numbers), complete a lengthy series of surveys, and finally sign up (and commit to paying) for at least two “Reward Offers” (e.g., Netflix subscriptions, credit report monitoring services, prepaid credit cards).