Who is Alanis Morissette's 'You Oughta Know' About?

Rumor has it that the hit song is about actor Dave Coulier and others. 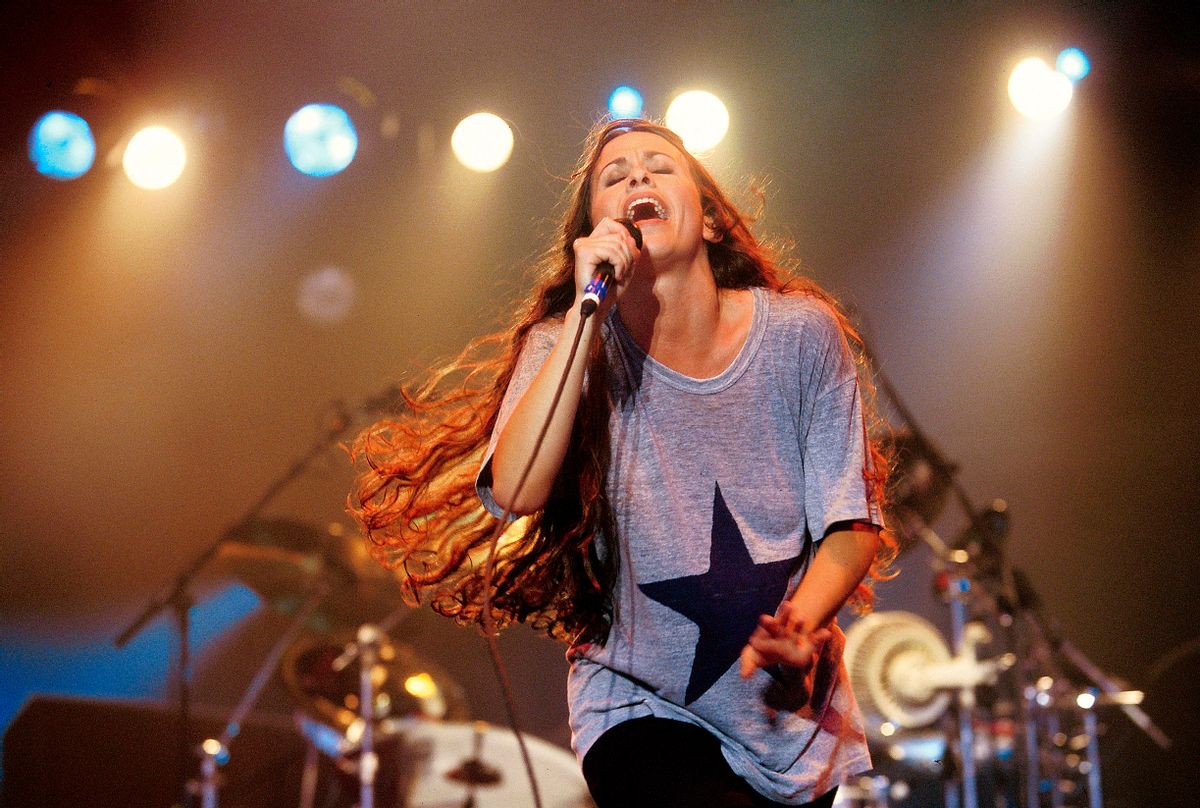 A segment of the modern audience insists on interpreting the lyrics of pop songs written in the first person literally (see the legend about Phil Collins' "In the Air Tonight" for a prime example) and assuming that the accounts described therein must reflect the personal experiences of the singers. (The latter perhaps fostered by the trend that began in the 1960s of pop musicians' writing their own material rather than relying upon the efforts of commercial songwriters.)

When Mary MacGregor hit the charts with "Torn Between Two Lovers" in 1976, for example, far too many fans assumed she must really have been involved in relationships with two different men at the same time (even though the song was not written by MacGregor, but was in fact was penned by two men, Peter Yarrow and Phil Jarrel), and listeners spent years trying to guess whom Carly Simon had in mind when she wrote "You're So Vain."

It was inevitable, then, that Alanis Morissette's vitriolic 1995 song "You Oughta Know" (from her huge-selling third album, Jagged Little Pill) would trigger gossip about the identity of the ex-lover savaged in the lyrics for moving on so quickly:

Did you forget about me, Mister Duplicity?
I hate to bug you in the middle of dinner.
It was a slap in my face how quickly I was replaced.
Are you thinking of me when you fuck her?

Rumors have named just about everyone of note with whom Morissette has ever been associated as the target of this bitter attack:


Morissette did reveal in a 1995 interview that the song was not a mere abstraction but was indeed about someone specific with whom she had a relationship:

I haven't heard from him, and I don't think he knows. Which sort of says a lot about him. The ironic thing is, if anybody questions whether it's them I'm writing about, that means something in and of itself. People who were kind and honest and full of integrity throughout the process of making this album wouldn't question whether they were in that song because they would know.

Dave Coulier is by far the name most frequently attached to this rumor, and if he didn't know about it in 1995, he reportedly did by 1997, when the spokesman for Boston's Comedy Connection (where Coulier was currently working) told the Boston Herald:

He admitted the lines are very close to home. Especially the one about 'an older version of me' and bugging him in 'the middle of dinner.' He said she used to do that all the time.

But just as Carly Simon has steadfastly refused to identify the subject of "You're So Vain" for all these years, confirmation of whom Morissette was thinking of when she wrote "You Oughta Know" may forever remain elusive. Paul Cantin's biography of the singer quotes her as saying:

I'm not going to deny or say yes to it because I think it is wrong. I sort of laugh at it. That was a most public relationship, and it is a predictable answer The truth is I am never going to tell who it is about.