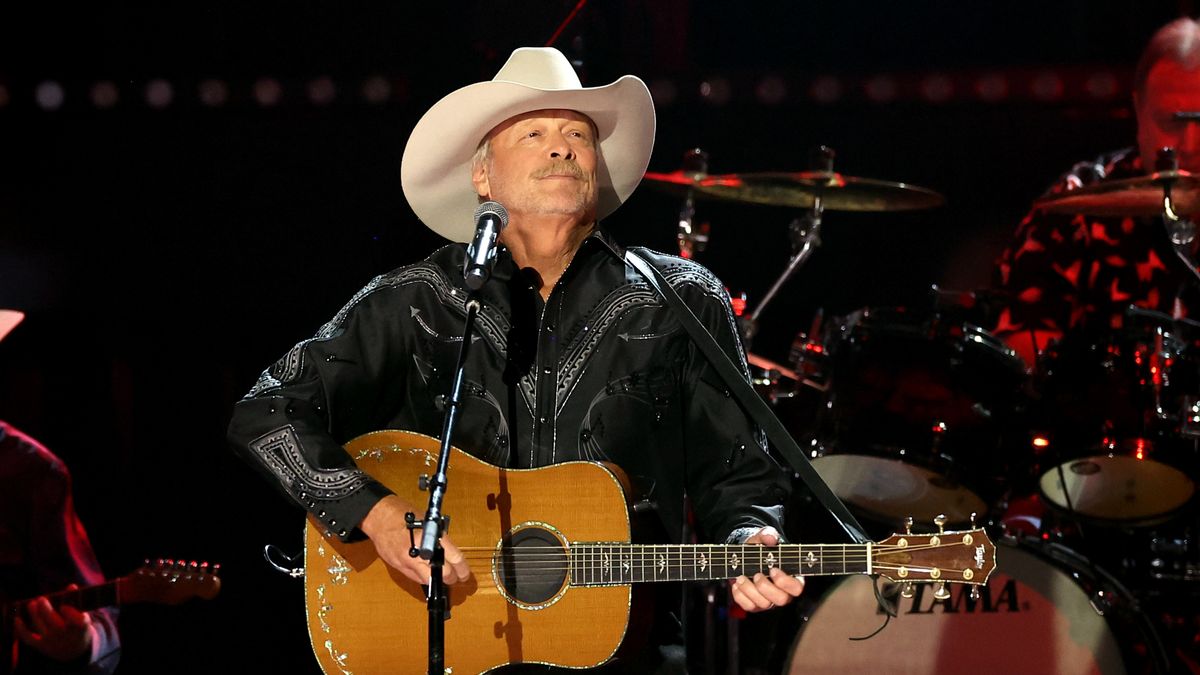 Alan Jackson performs onstage at "The 56th Annual CMA Awards" at Bridgestone Arena on Nov. 09, 2022 in Nashville, Tennessee. (Photo by Terry Wyatt/WireImage)
Previous Article
Next Article
Article 5 of 33 in Collection

In late November and early December 2022, we received emails from readers that asked us if American country music singer Alan Jackson was dead. We traced the claim to a death hoax in multiple Facebook posts, one of which read, "5 minutes ago, we report extremely sad news 64-year-old singer Alan Jackson, goodbye Alan Jackson."

There was no truth to this. Jackson was not dead, nor was there any credible reporting that indicated he was sick or being treated in a hospital.

We previously reported about another death hoax involving film actor Bruce Willis. In fact, at the time, we included Jackson's name in our story after we noticed both death hoaxes were going around on the same websites.

Since our writing of the Willis story, readers continued to email us about the Jackson death hoax. For that reason, we are publishing this story about Jackson.

While looking into this very similar death hoax for the country music star, we noticed once again that the same people who pushed the death hoax about Willis were accidentally including Jackson's name in the caption of posts about the actor, and vice versa, as can be seen in the following two Facebook post screenshots. 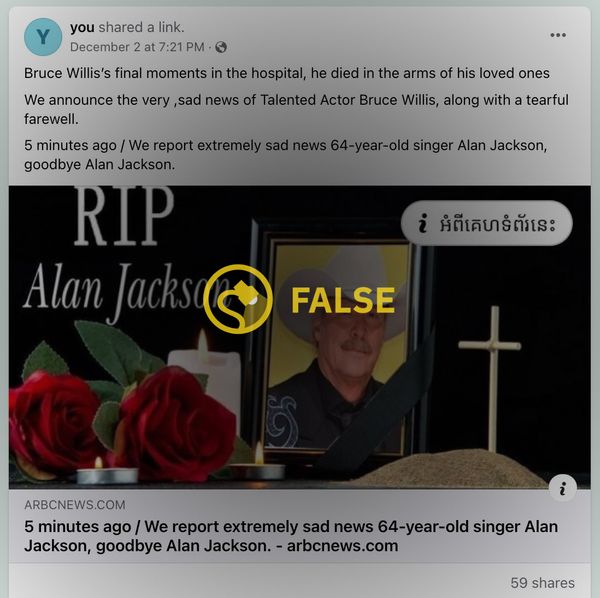 Strangely, the text above the link in this post mentioned both Willis and Jackson. 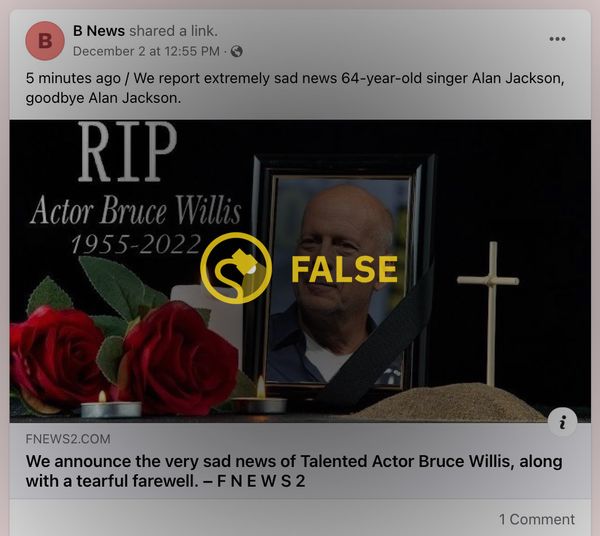 Meanwhile, this post shows Willis' image but mentions Jackson in the caption above.

From what we could tell, the purpose behind these death hoaxes wasn't just to fool people. The links in the posts led to websites that appeared to host malware.

For example, the websites linked in the Facebook posts asked if we'd like to install Adobe Flash Player. This was a red flag, as Flash had been discontinued in 2020.

These websites also misleadingly claimed to offer an update for the Opera GX web browser, as we previously reported when covering a death hoax about "America's Got Talent" judge Simon Cowell.

We copied the links in the posts and scanned them with IP Quality Score's free malicious URL scanner. The scan found the links to be considered "very risky" with a score of 85 out of 100. (The higher the score, the more dangerous the links are believed to be.)

The hoaxes for Jackson, Willis, and Cowell were all pushed on the same websites. There were many more celebrities that were part of the death hoax network, too, many of which also appeared with similar wording on YouTube. 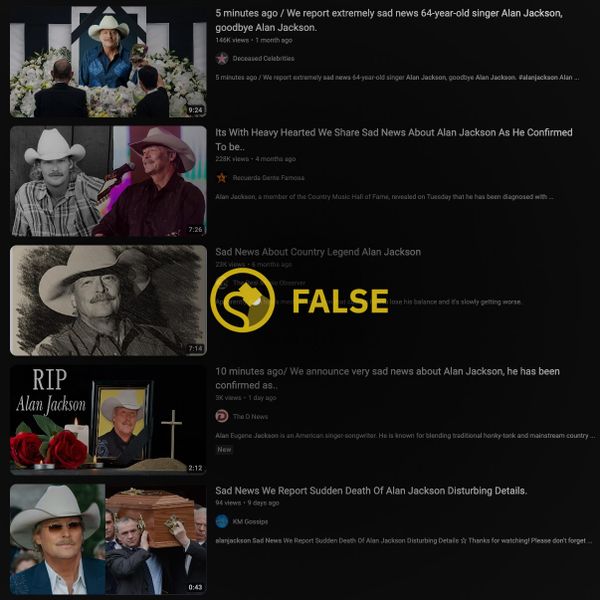 We found no shortage of misleading YouTube videos that pushed this death hoax.

In order to find out if a celebrity or other noteworthy person is truly dead, we recommend a simple search of Google News. If a prominent person has died, the news will be reported within hours by trustworthy publishers.

Previous Article
Next Article
Article 5 of 33 in Collection