According to the Lawrence County Republican Party, the group accidentally used an altered image of a GOP elephant that was saved from Google. 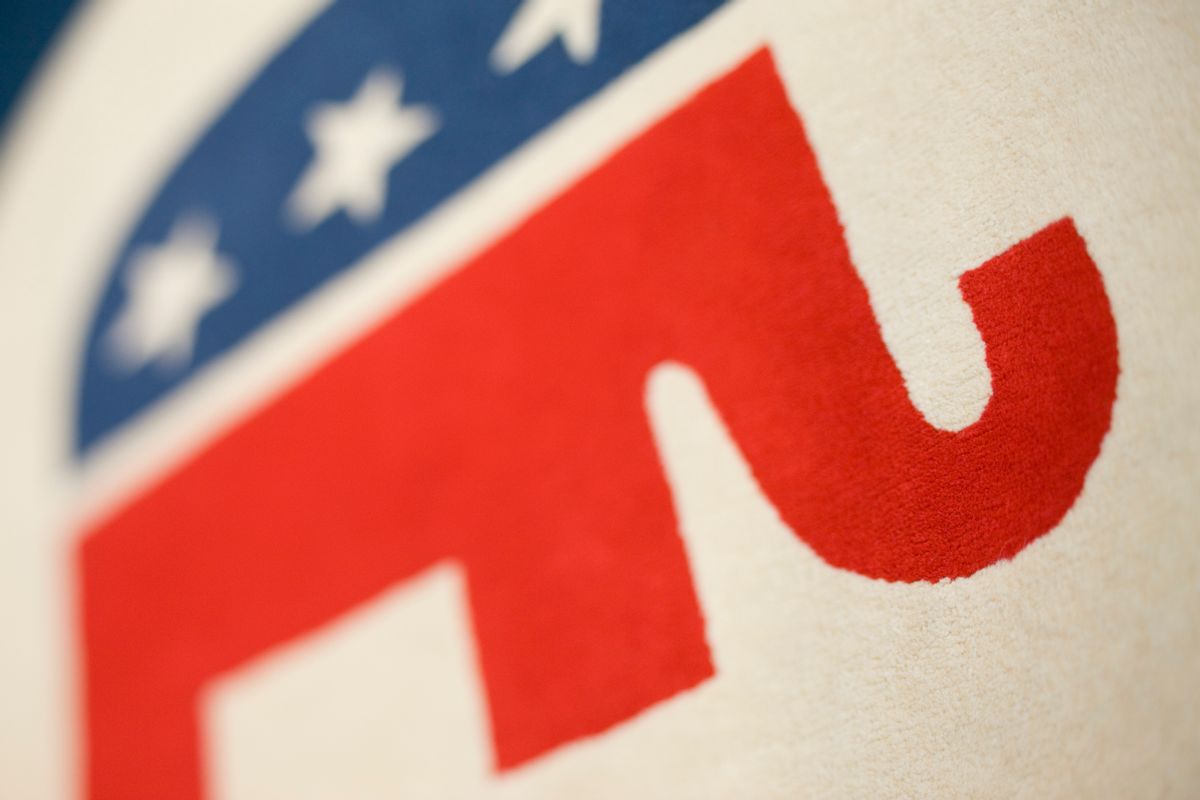 Claim:
A local Republican group in Alabama apologized after they said they mistakenly posted a picture of a GOP elephant with Ku Klux Klan imagery.
Rating:

On Aug. 19, 2022, we received mail from readers who asked about a rumor that said an Alabama Republican group apologized after posting a picture on Facebook that showed the GOP elephant with Ku Klux Klan (KKK) imagery. It was true that this happened. The day it happened was unclear, but it appeared to have been posted on or just before Aug. 17.

The controversial picture was shared elsewhere on social media, including in the following tweet:

According to reporting from The Associated Press, the matter occurred on the Lawrence County Republican Party Facebook page. As of Aug. 19, the page appeared to have been at least temporarily removed, perhaps due to backlash from users who were angered by the news:

A party official said the image was taken from the results of a Google search and that the image was immediately replaced once the mistake was detected.

“I would like to offer a deep and sincere apology for a picture that temporarily appeared on this page last night. A google search picture of a GOP elephant was used and later found to have hidden images that do not represent the views or beliefs of the Lawrence County Republican Party,” Shannon Terry wrote in a Facebook post apologizing for the use of the image.

“As chairman I take full responsibility for the error,” Terry added.

The image had been used in a 2020 article in Mother Jones accusing the GOP of racism.

According to History.com, the elephant is first believed to have been used as a Republican symbol in the 1860s during the American Civil War:

The Republican Party was formed in 1854 and six years later Abraham Lincoln became its first member elected to the White House. An image of an elephant was featured as a Republican symbol in at least one political cartoon and a newspaper illustration during the Civil War (when “seeing the elephant” was an expression used by soldiers to mean experiencing combat), but the pachyderm didn’t start to take hold as a GOP symbol until Thomas Nast, who’s considered the father of the modern political cartoon, used it in an 1874 "Harper’s Weekly" cartoon.

Titled “The Third-Term Panic,” Nast’s drawing mocked the New York Herald, which had been critical of President Ulysses Grant’s rumored bid for a third term, and portrayed various interest groups as animals, including an elephant labeled “the Republican vote,” which was shown standing at the edge of a pit. Nast employed the elephant to represent Republicans in additional cartoons during the 1870s, and by 1880 other cartoonists were using the creature to symbolize the party.

Clara Jeffery, the editor-in-chief of Mother Jones, tweeted that the KKK version of the elephant logo had been commissioned by the magazine from freelance illustrator Woody Harrington in 2020:

In sum, yes, a local Republican group in Alabama apologized after appearing to mistakenly post a picture of the GOP elephant with KKK imagery.

Nix, Elizabeth. “How the Republican and Democratic Parties Got Their Animal Symbols.” History.com, 7 July 2015, https://www.history.com/news/how-did-the-republican-and-democratic-parties-get-their-animal-symbols.