Reports that Democrat Doug Jones received votes from over 12,000 dead people in a special Senate election are fake news. 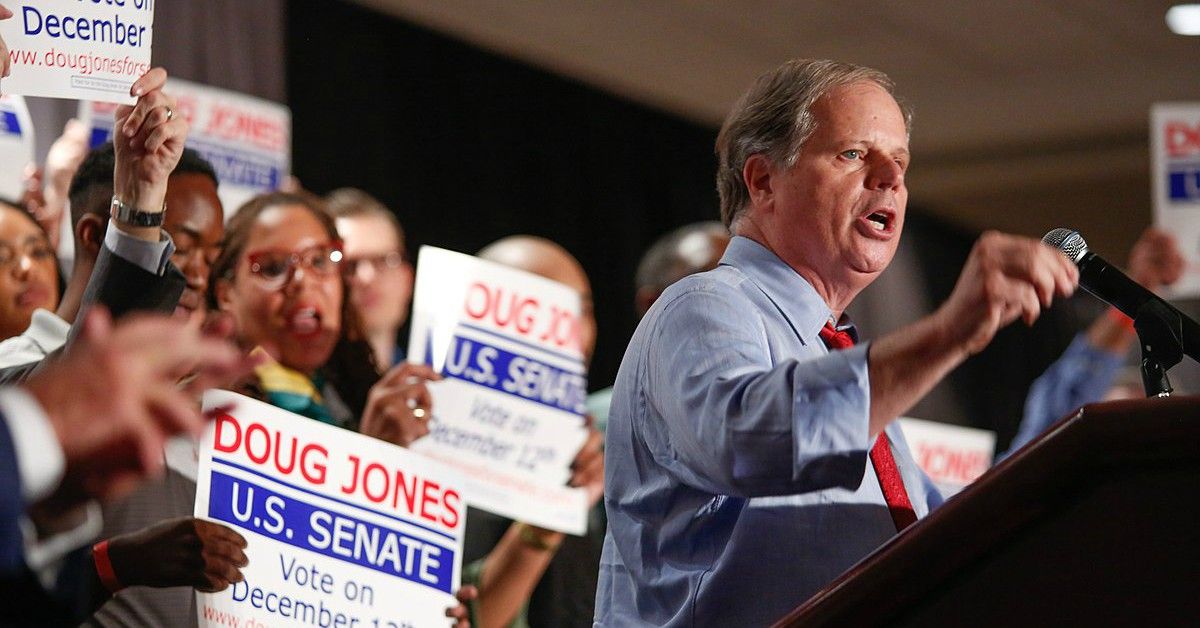 Claim:
Election officials in Alabama discovered thousands of ballots for Doug Jones that were seemingly cast by dead voters.
Rating:

In a hotly-contested December 2017 special election for an open U.S. Senate seat in Alabama, Doug Jones edged out Republican candidate Roy Moore by the slim margin of about 21,000 votes in an election that saw more than 1.3 million ballots cast. Moore decline to concede, as his campaign said they wanted to hold out and see if provisional and overseas ballots counted later would close the vote gap. (The Alabama Secretary of State’s office later said they received 5,333 such ballots, not nearly enough to overcome Jones' margin of victory.)

The day after the election, the Ladies of Liberty web site published an article reporting that Jones had received over 5,000 votes in an Alabama town whose voting population was only about 1,800, with the discrepancy attributed to ballots being cast in the names of dead people:

The State Election Board of Voting Integrity said early on that “more than a third” of Jones’ votes up to 11 a.m. looked suspicious — and with good reason. Many of them came from the small town of Bordalama, a rural community about 20 miles outside Birmingham.

According to official tallies, Roy Moore received 953 votes in the small town. Doug Jones received 5,327. If the disparity in numbers isn’t enough to give you reason to smell something fishy, the population of the town should. There are 2,256 residents there and only 1,867 registered voters. In other words, more people voted for Doug Jones than even live in Bordalama.

According to city records, Reddit user MAGA4Ever points out, “there are 3,460 people buried in the local Mount Peace Cemetery — the exact difference between Moore votes and registered voters.”

A follow-up article published on the reaganwasright.com web site soon afterwards held that a total of more than 12,000 ballots cast for Jones had been traced to voters who were no longer among the living:

Ladies of Liberty reports that the small town of Bordalama, Alabama was beset by fraudsters who apparently posed as dead people, bringing the vote totals to 953 for Roy Moore and 5,327 for Democrat Jones. There are only 1,867 registered voters in Bordalama. In addition, Jones was caught red-handed campaigning at a polling location and authorities apprehended a “van full of illegals” that was traveling from polling place to polling place voting for Jones. Now more dead folks have been found voting for Jones, this time in Birmingham.

“State election officials have determined that more than 12,000 votes (that’s 5,329 more than yesterday) so far in the state of Alabama are null and void because the voters don’t appear to be living,” local news station WYKY reported Wednesday. “It appears that these voters’ names were never removed from the rolls when they passed away and someone used their information to stack votes for Doug Jones.”

Both of these reports were false. They were nothing more than fabrications originating with two web sites belonging to a network of clickbait fake news outlets, bearing identical disclaimers identifying their content as fiction: