A video of a speech Al Sharpton delivered in 1992 at Kean College is real but is frequently shared out of context or with misleading information. 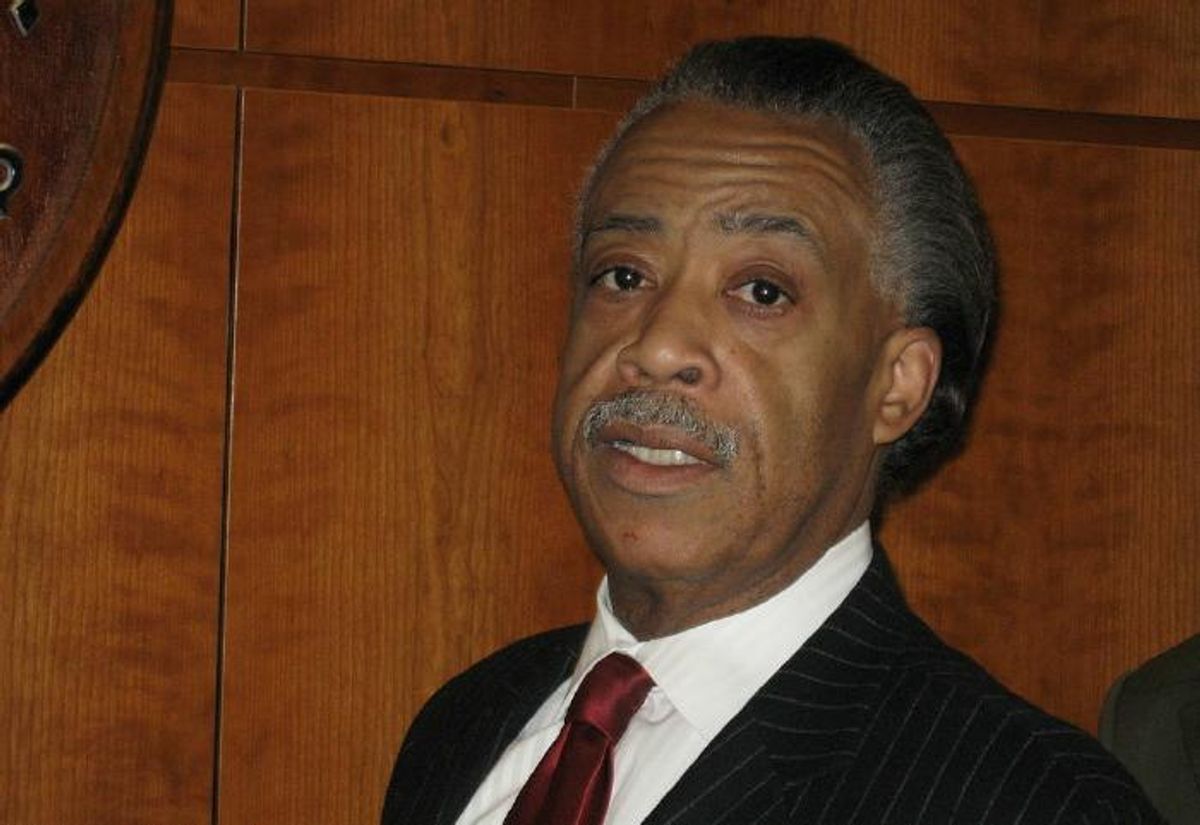 Claim:
In 1992 Al Sharpton delivered a speech in which he exhorted blacks to kill police.
Rating:

Al Sharpton delivered a speech in 1992 in which he mocked those who called for violence but didn't follow through on their promises.

Al Sharpton's words were mocking and did not explicitly call for blacks to kill cops.

In the wake of the mass shooting at a Black Lives Matter protest in Dallas that resulted in the deaths of five police officers, several web sites published or referenced a video of a delivered by civil rights activist Al Sharpton at Kean College in 1992. For instance, the Proud Conservative web site reported that Sharpton was screaming "kill cops" in the video, and the web site Yes I'm Right asserted that Sharpton "didn't know the camera was on" during his speech:

We all know Al Sharpton is a massive scumbag, but this video proves that he's also a hate monger, racist, and violent dictator of the so called black community.

What below as he talks about killing cops and "crackers" outside of where he's speaking.

This is real video footage taken in 1992 at Kean College in New Jersey, but while it does capture Sharpton using language such as "offing cops" and "crackers," it doesn't show him screaming "kill cops" or calling on blacks to go out and commit acts of violence.

This same video has been circulating for decades and was famously used in an anti-Al Gore ad during the 2000 presidential election campaign. It gained even wider prominence in 2016 when it was featured on the Fox News show Watters' World which featured a full minute of Sharpton's speech but used selective captioning to highlight Sharpton's alleged hateful rhetoric.

A transcript of the portion of the speech in question provides more context to Sharpton's remarks:

All the Panther lovers, all the do or die, all the (indecipherable) negroes in Plainfield. I didn't see them stand up and do nothing. All the 'I don't believe in marching. I don't believe, I believe in offing the pigs.' Well they got pigs out here. You ain't offed one of them.

What I believe in I do. Do what you believe in. Or shut up and admit that you've lost your courage and guts to stand up.

'I ain't having no march. I believe in fighting.' Well fight then. Nobody holding you. 'I'll off the man.' Well off him. Plenty of crackers walking right around here tonight. Ain't nobody come out and knock the gun out of your hand.

It's clear from the wording that Sharpton was mocking those who made bold declarations but didn't follow through on them, and laughter from the audience also indicated they understood Sharpton to be poking fun at those who called for violence while not condoning it himself.

Sharpton did not call on "blacks to kill cops," but he did use inflammatory language such as "pigs" and "crackers" and insinuated that those who threatened violence but didn't have the gumption to follow through were deserving of derision from those who made other promises and lived up to them.

Fox News correspondent Jesse Watters confronted Sharpton about the video in April 2016, and Sharpton reiterated that his intent was to mock those who called for violence, not to exhort them to kill police:

Although this 24-year-old video was widely shared after five police officers were killed in Dallas in July 2016, Sharpton has denounced those recent attacks on police officers:

Mr. Sharpton denounced the attack on the Baton Rouge officers. “At a time when the country needs healing, this deplorable and merciless act of violence against officers of the law is wicked and we must fight the principalities of darkness and evil spirits that are turning to violence,” he said.

“We need more people that will stand up when cops are shot and we need more cops to stand up against bad cops when innocent lives are taken,” Mr. Sharpton added. “We have got to break this cycle of violence.”