Did the US Airdrop Pianos for Soldiers During World War II? 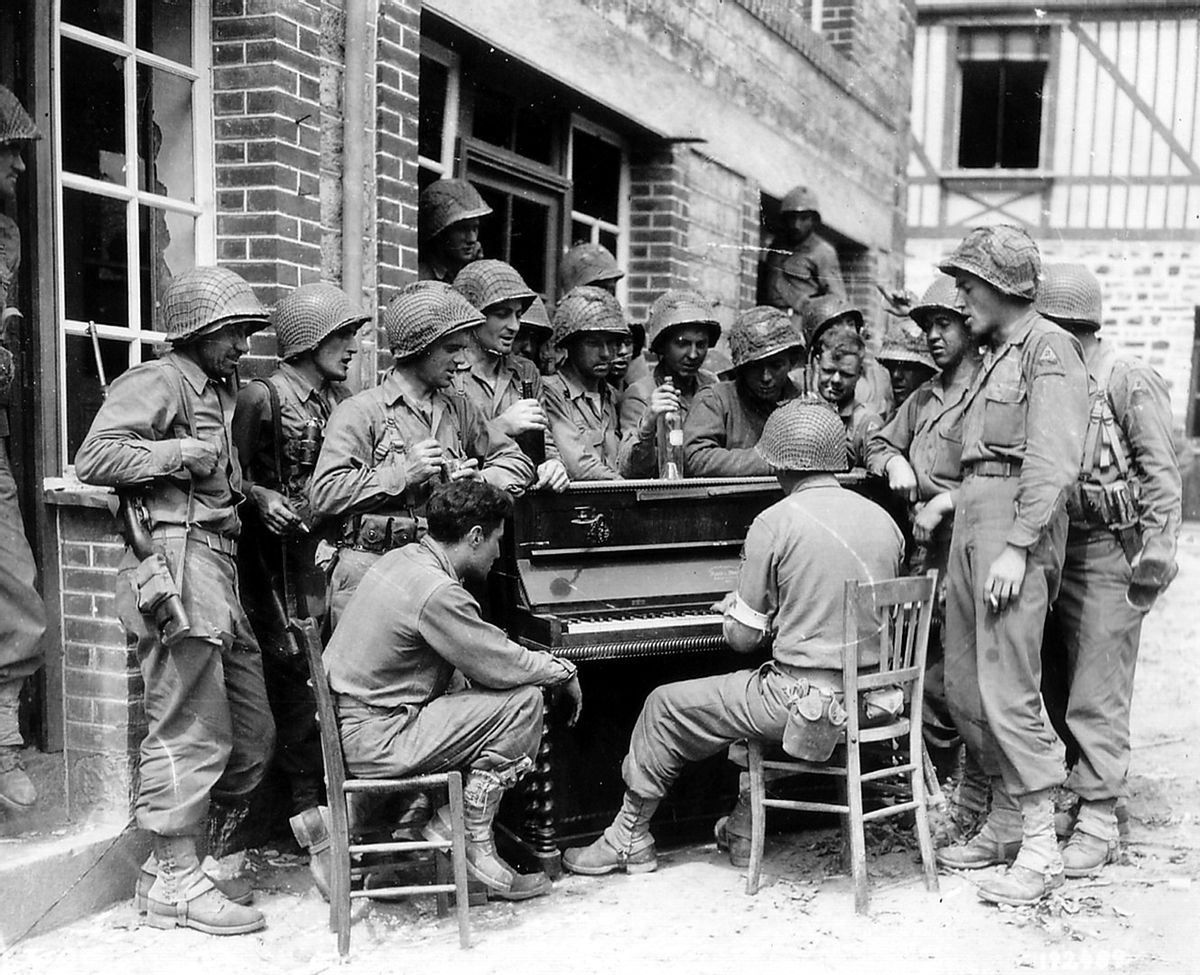 Claim:
The United States airdropped pianos with parachutes to their troops during World War II in order to provide some relaxation.
Rating:

Every soldier needs a reprieve from the horrors of war, and the U.S. government had an interesting method of providing that during World War II. As American soldiers faced trauma and violence, the government attempted to figure out how to keep morale high as the war waged on.

One solution was to airdrop pianos with parachutes right into the war zone, so soldiers could play music themselves. This post on Facebook claimed that they were known as “Victory Verticals” and were airdropped “with large parachutes and complete tuning instructions into the battle.”

The above photograph is available on Wikimedia Commons, and shows soldiers of the U.S. 2nd Armored Division singing at the piano in the Normandy region of France.

An NPR story reveals that this was indeed real. Concert pianist and professor Garik Pedersen uncovered the history of this unusual practice through his Victory Vertical Project, a show where he performed musical pieces from that time period. The pianos were manufactured by Steinway & Sons, a German-American piano company, in their Queens, New York, factory and were commissioned specifically to be used on the front. According to a post on Steinway’s website, the company made more than 3,000 of these pianos:

At first, STEINWAY was prohibited from building pianos due to government restrictions on iron, copper, brass, and other raw materials. The factory bided its time producing coffins and parts for troop transport gliders, until it was granted a contract to send specially designed pianos to commissioned war soldiers. STEINWAY proceeded to make over 3,000 "Victory Vertical" pianos designed specifically for troops in battle between 1942 and 1953. The pianos came in olive, blue, and gray drab. In 1942, the first "Victory Vertical" was dropped by parachute, complete with tuning equipment and instructions.

Since soldiers were drafted to fight in World War II, there were some musicians among the troops who could play.

Pedersen told NPR, “The pianos included sheet music. And the sheet music included light classics, it included Protestant hymnals, it included sing-along patriotic songs, and it included popular songs [...] There was always someone that could sit down and work out those boogie-woogies, and the soldiers seemed to love that.”

According to Pedersen’s Victory Vertical Project, the pianos were box-like and lightweight so they could easily be fitted into a crate. The book “Steinway” by  Ronald Ratcliffe and Stuart Isacoff explained that these upright pianos were “sent to every theater of war” during World War II.

Given that the company behind the piano has detailed its role in manufacturing it for World War II, we rate this claim as “True.”

“How Do You Get a Piano onto the Battlefront? Push It out of an Airplane.” Michigan Radio, 10 Nov. 2017, https://www.michiganradio.org/arts-culture/2017-11-10/how-do-you-get-a-piano-onto-the-battlefront-push-it-out-of-an-airplane.