The claim came from a UFOlogist -- and, yes, it does sound like something from a movie. 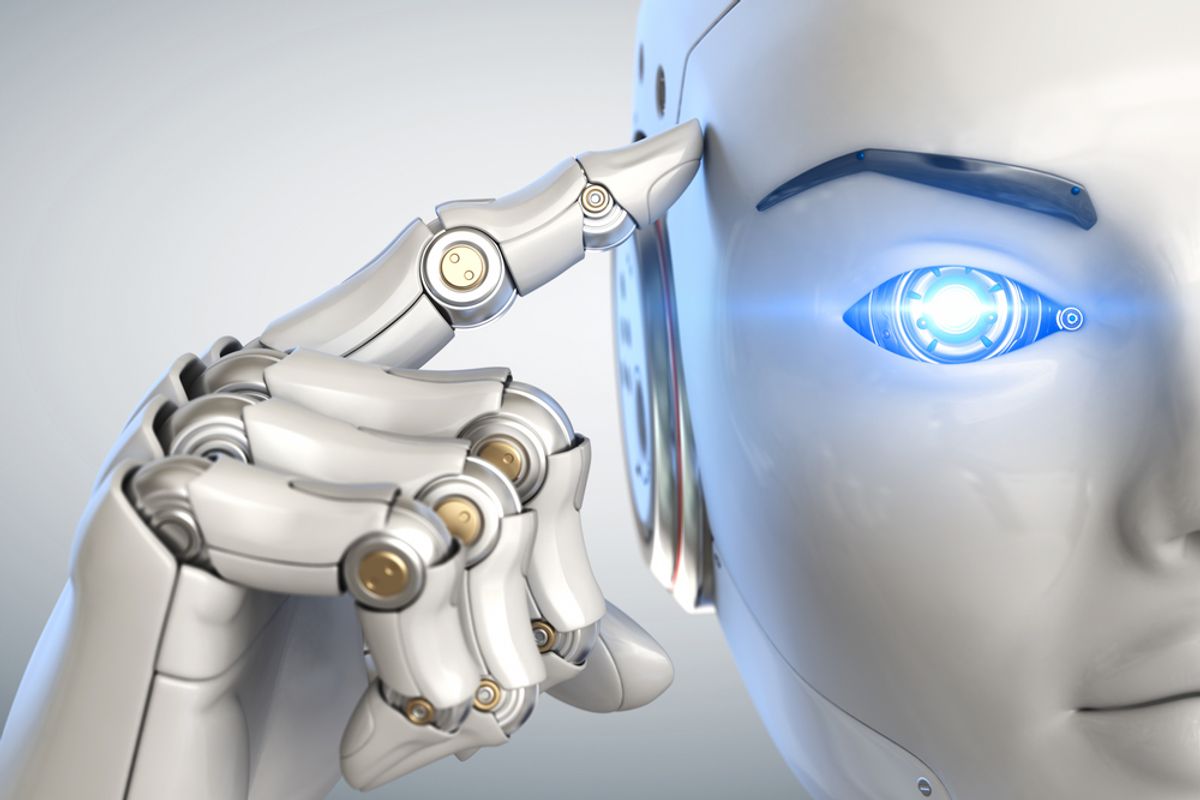 In December 2018, social media users began circulating a short and blurry video clip showing a woman relaying a story about 29 scientists who were reportedly killed by artificial intelligence-controlled robots in Japan ("4 robots kill 29 scientists"). One iteration of this footage, which asserted that the AI robot massacre had occurred in South Korea, not Japan, can be glimpsed below:

This clip was taken from an hour-long presentation delivered by conspiracy theorist and UFOlogist Linda Moulton Howe at the Conscious of Life Expo in Los Angeles in February 2018. Howe's presentation was largely about the dangers of artificial intelligence, but it was also entwined with stories about alien encounters, abductions, and alternate dimensions.

Howe kicked off her speech with a story about four AI robots killing 29 scientists in Japan that she reportedly heard about from a former Marine who had been doing contract work for government agencies such as the CIA, the NSA, and the DIA (Defense Intelligence Agency):

On Saturday August 26 2017, not very long ago, I received a phone call from a whistle blower in the Intel world I've known for about a year and a half. He is an honorably discharged marine, but he continues to work on contracts with the CIA, NSA, DIA agencies. I always keep notebooks all over my house, my office, my car, everywhere so that I can write down a phone call that I can't record or that I'm not in my studio to record.

So I wrote this down almost word for word.

At a top robotics company in Japan this week four robots being developed for military applications killed 29 humans in the lab. And they did it by shooting what he called metal bullets. I didn't know there was any other kind.

The scariest part is that lab workers deactivated two of the robots, took apart the third, but the fourth began restoring itself and somehow connected to an orbiting satellite to download information about how it could rebuild itself even more strongly than before.

And this next sentence, this is a quote, I'm writing this down. I've been doing this for years.

This is serious shit Linda. but you're never going to hear about this in the news. The robotics company has too much to lose, and the government wants AI robot soldiers. Close quote.

Howe's story was suspiciously void of specifics. She didn't identify the source of her information, the name of the factory where the alleged massacre occurred, or the names of any of the scientists who were reportedly killed. And while Howe claimed that reports of this robot uprising were suppressed by the government, one would expect some coverage about the deaths or disappearances of dozens of Japan's top scientists to have hit the news, even if the robot aspect of the story was obscured. Yet we found no such reports.

It was also odd that this tale served as little more than a footnote in Howe's overall presentation. In fact, this outlandish story seemed to function more as an attention-grabbing anecdote and less as a retelling of a genuine incident. After opening with this alleged robot massacre report, Howe transitioned to the dangers of artificial intelligence, spent most of her time focused on alien encounters, and then concluded by saying that humans may actually be the artificially intelligent creations of an alien race: "Is it fair to ponder that those first humans were artificial intelligence for those who made us from manipulating genetics like robotic lab scientists are now doing on earth today? ... Are we humans actually someone else's androids?"

Linda Moulton Howe's full presentation can be viewed below:

Howe has told this story at least one other time, as part of an interview with the "Mysterious Outpost Radio" at the "Ozark Mountain UFO Conference." During that telling, Howe added that her Marine source would only communicate with her in short texts or 30-second phone calls because his phone had been tapped, and that she made no claims of having handwritten notes of those conversations. Howe also maintained that her source didn't actually witness any such robot massacre, but that he was relaying information he had reportedly come across during his contract work:

At best, the claim that 29 scientists were killed by AI robots in Japan is based on third-hand information unsupported by any actual evidence. At worst, this rumor was made up out of whole cloth as an attention-grabbing anecdote for a speech about how human beings are merely the artificially intelligent creations of an alien race.