Is the Age of Consent 16 and 17 in Majority of US States?

As news broke about a federal investigation into whether U.S. Rep. Matt Gaetz had a sexual relationship with a 17-year-old, questions about state laws swirled online. 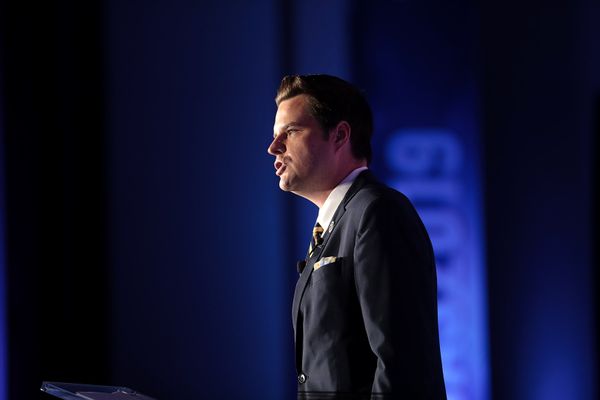 Claim:
The age of consent — at which a person is considered legally competent to consent to sexual relations — in the majority of states in the U.S. is 16 or 17 years of age.
Rating:

Age of consent laws are not uniformly defined across all states. For example, in some states application of the law can vary depending on whether the older person is in a position of power over the younger, or the age gap between the two people.

The question was raised after it was announced that Rep. Matt Gaetz was being investigated for an alleged sexual relationship with a 17-year-old, whom he reportedly paid to travel with him. In Gaetz’ state of Florida, the age of consent is 18 years old. A number of federal statutes make it illegal to induce someone under 18 to travel over state lines to engage in sex in exchange for money or something of value.

On March 20, 2021, reports emerged that the U.S. Department of Justice was investigating U.S. Rep. Matt Gaetz of Florida, a close ally of former President Donald Trump, over his alleged sexual relationship with a 17-year-old and whether he paid for her to travel with him. Online, a number of people defended Gaetz, with one Twitter user arguing that in the majority of states, the age of consent is 16 or 17 years old. The “age of consent” is defined by Merriam-Webster’s dictionary as the age at which one is legally competent to give consent, especially to marriage or to sexual intercourse. However, the legal definition varies across states.

We analyzed statutory rape laws in 50 states across the U.S., as well as in Guam, Puerto Rico, and the U.S. Virgin Islands. We looked through two databases in the U.S. Department of Health and Human Services (HHS), which was last updated in 2004, and the Rape, Abuse & Incest National Network (RAINN), a national anti-sexual violence organization.

We found that more than 30 states across the U.S. define the age of consent as 16 years old. Within these states, however, the application of the rule can change depending on the circumstances. For example, in Minnesota and Mississippi, the age of consent is raised to 18 years old if the older person engaging in the relationship is in a position of authority over the younger person. In Massachusetts, the age of consent ranges from 16 to 18 years old, depending on the crime. According to RAINN, in Massachusetts, while statutory rape is defined as sexual intercourse with a child under the age of 16, it is also “a crime to induce a person under 18 of chaste life to have unlawful sexual intercourse.”

In just a handful of states, the age of consent is 17 years old. But there are also “Romeo and Juliet” laws across the country, including in states like Texas. According to the Texas State Law Library, these “generally refer to provisions in law that provide an affirmative defense to criminal prosecution in consensual cases where both actors are similar in age. There is no single 'Romeo and Juliet' law, but several sections of the Penal Code contain these kinds of provisions. It is important to read these laws carefully because they are very specific about when they apply.” One example is in a sexual assault case which “provides an affirmative defense for an actor ‘not more than three years older than the victim,’ as long as the victim ‘was a child of 14 years of age or older.’”

More than 11 states define the age of consent as 18 years old, and that count rises if we include all the various exceptions (like the Mississippi and Minnesota example illustrated above).

States defining the age of consent as 16 and 17 years old are in the majority if we add them up. But in the Gaetz’ case — which is why this discussion erupted on social media in March 2021 — investigators are also looking into whether he violated a federal sex trafficking law and not just a state law, which is why the tweet above can also be characterized as misleading.

According to The New York Times, “A variety of federal statutes make it illegal to induce someone under 18 to travel over state lines to engage in sex in exchange for money or something of value.” It should also be noted that the age of consent in Gaetz’ state of Florida is 18 years old. Gaetz has not been charged in this case as of this writing, and many details of the investigation are unknown.

Given that the sum total of states defining the age of consent as 16 and/or 17 years old are in the majority, but there are exceptions and specifications within these state laws, we rate this claim as “Mostly True.”