The answer, my friend, is flowing in the vein. 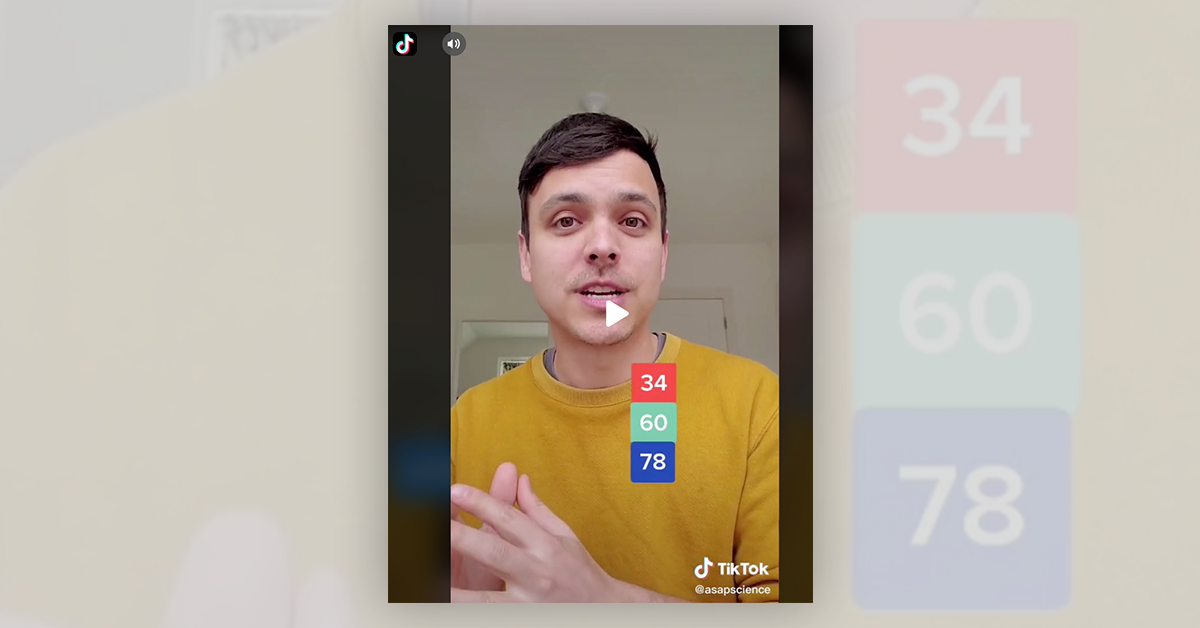 Claim:
A study suggested that humans experience periods of accelerated aging around 34, 60, and 78 years old.
Rating:

Scientific research has demonstrated that some proteins found in human blood change with age in a non-linear fashion. The most noticeable changes occur on average around the ages of 34, 60, and 78.

There is no universally accepted way to describe aging, so presenting one study as the final word on the topic is misguided.

An April 15, 2021, a TikTok video produced by ASAPScience asserted that bursts of aging occur at different periods during a person's life. According to the video, these bursts occur at ages 34, 60, and 78:

Now, we don’t exactly know why this happens, but what researchers have found out is that at those ages, there’s around 1300 proteins in the blood that suddenly change.

So up until 34, they’re relatively stable and consistent. And then there’s a big change. And then between 34 and 60, it’s consistent again. And then another big change. The same goes for 78.

In fact, scientists are able to predict people’s ages within a few years just by looking at their blood.

These statements are largely factual and appear to be derived from a 2019 paper published in the scientific journal Nature Medicine. Francis Collins, the director of the National Institutes of Health, described the findings on the NIH's Director's Blog at that time:

In a recent study in Nature Medicine, an NIH-funded research team was able to gauge a person’s age quite reliably by analyzing a blood sample for levels of a few hundred proteins.

The results offer important new insights into what happens as we age. For example, the team suggests that the biological aging process isn’t steady and appears to accelerate periodically—with the greatest bursts coming, on average, around ages 34, 60, and 78.

Several fields of research seek to find markers for aging in the human body. In the case of this study, the authors focused on proteins found in blood. As they explained in the paper, blood "contains proteins from nearly every cell and tissue" and therefore could be used to find markers for a wide swath of potential aging signals. A Stanford University news release about this study explained that "those three points [of rapid aging], occurring on average at ages 34, 60 and 78, stand out as distinct times when the number of different blood-borne proteins that are exhibiting noticeable changes in abundance rises to a crest."

“We’ve known for a long time that measuring certain proteins in the blood can give you information about a person’s health status — lipoproteins for cardiovascular health, for example,” Tony Wyss-Coray, a professor of neurology and neurological sciences at Stanford and the lead author on the study, said in the Stanford news release. “But it hasn’t been appreciated that so many different proteins’ levels — roughly a third of all the ones we looked at — change markedly with advancing age.”

Do these changing proteins represent any actual or identifiable change in the human body? Probably, say the authors, but the specifics are not yet clear. Regardless, this sort of analysis could also be used to identify populations at risk for disease. "These findings indicate that it may be possible one day to devise a blood test to identify individuals who are aging faster biologically than others," Collins wrote. "Such folks might be at risk earlier in life for cardiovascular problems, Alzheimer’s disease, osteoarthritis, and other age-related health issues."

It bears mentioning that there are non-protein-based methods that attempt to find markers of age in the human body as well, and aging as a process — basic as it may seem — is not that well-understood scientifically. As reported in a 2018 review of studies using biomarkers to determine age:

Despite the many theories that have been proposed to explain the phenomenon of aging, as yet none has been able to fully explain the mechanisms that drive the fundamental process(es) of aging.

Indeed, the understanding of aging has increased markedly, with current knowledge highlighting the importance of “network” theories of aging.  Based on these integrative theories, aging is best described as a multi-factorial process involving complex interactions between biological and molecular mechanisms.

Given this, it is unlikely that any single or readily defined set of biomarkers will provide a valid measure of biological aging.

Because the concept of aging and how to measure it is ill-defined and lacking in consensus, it is not fully accurate to characterize the abrupt changes in some blood proteins identified in this study as a universally accepted speedometer for aging. However, because the study is real and did identify bursts of change at the ages described in ASAPScience's video, we rate the claim "Mostly True."