A photograph showing a group of young men in Ghana is frequently shared with misinformation about its background. 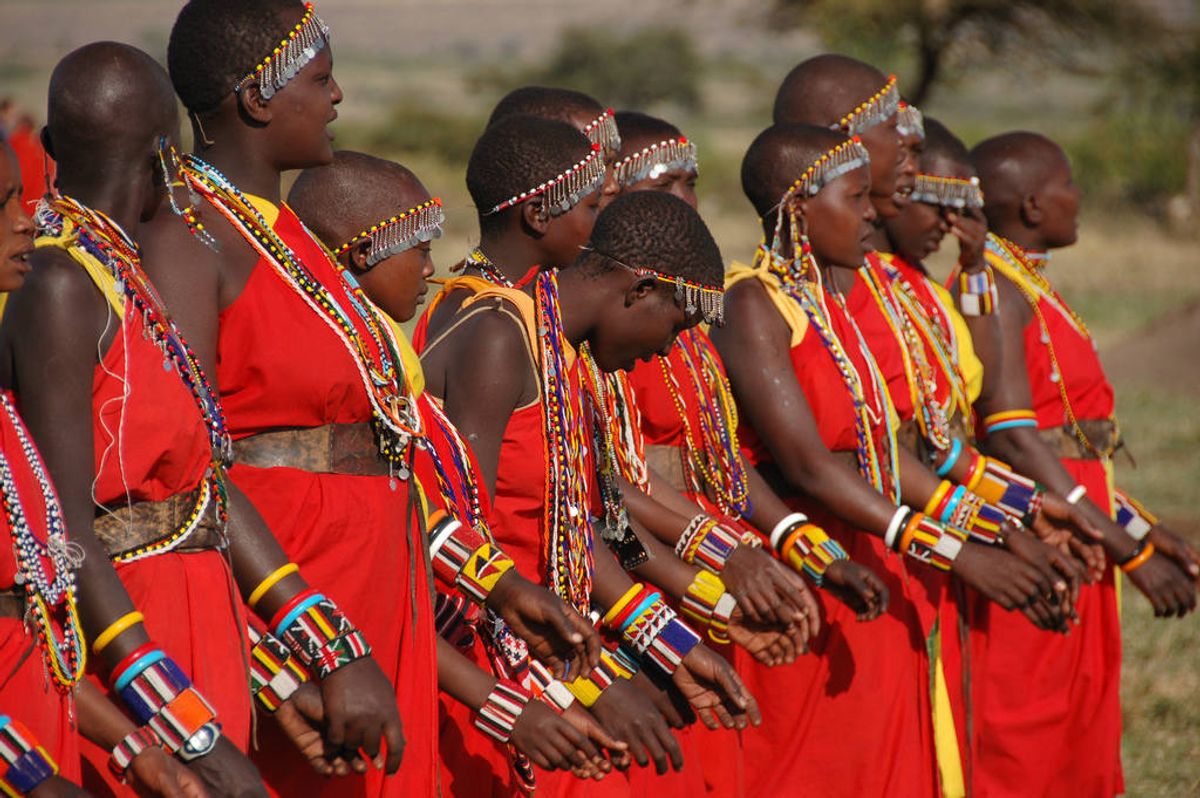 Claim:
A photograph shows an African tribe performing a ritual to reconnect a misbehaving person with his good nature.
Rating:

A photograph of a young man is frequently circulated online with the claim that it depicts a member of an "African tribe" who practice a unique method for encouraging good behavior from misbehaving tribe members: Of course, additional information — such as the name of the tribe or the part of Africa they inhabit — is suspiciously lacking.

Although it's possible some community in Africa holds a ritual like the one described, the photograph displayed above doesn't capture it. The image seen here was taken in Ghana in 2008 by photographer Jessica Hilltout, who set out to visit several African countries in order to take "a different look the meaning of football in Africa." Accordingly, this picture represents a young man posed with his football team, engaging in a "spontaneous gesture" before a recreational sporting match:

This is one of my favorite images. This young footballer is called Tawfig. I spent six days in his village. The main activity here is farming. Everyday around 4pm the boys gather on the field and play football after farming. Football is a way of getting ridding of stress after a long day in the fields. Football is precious, its a necessity. The heat of the day is disappearing, the field is surrounded by spectators, the boys play with an amazing energy. No rules just fun and fair play. You hear giggling, laughter, oooooing aaaahhhing, the chickens and the goats wandering or grazing off the edge of the field, a young girl sells nuts ... Then the light falls and within minutes the field is empty, everyone goes home, relaxed, exhausted, smiling, ready to eat, sleep and start a new day. In this image, I made group shot of Tawfig’s team. A magical moment came and went. I saw Tawfig through my lens, eyes closed, hand to heart ... a spontaneous gesture. For me this image breathes belief, passion, love, happiness and that special pulsating energy which is unique to the African continent.

I was very keen on taking a different look at the meaning of football in Africa. There was no real planning for the nine month trip. I flew to Cape Town with a Hasselblad, an 80 mm lens, 300 rolls of film, a digital camera, my log book, a mini printer and a stock of new footballs. 15,000 km later I returned the car to my Dad. Then I set off to Accra, Ghana, where I got a Nissan Vanette. I build a bed for the inside. I had four boxes; one for footballs, one for food and the other two for clothes and film. This mobile home took me 5,000 km across six countries in West Africa. Throughout the trip I had exchanged manufactured footballs for homemade ones. Back in South Africa, I found myself with thirty-five such balls and realized the extent to which they represented the essence of my trip and the heart of the project. I am looking to exchange the 35 balls I collected for equipment for all the players that made this project come to life… so that they can keep on playing the game they love

It should come as no surprise that the misidentified image is marked with the name of David "Avocado" Wolfe, who is single-handedly responsible for a disproportionate share of the misinformation to be found on the Internet.