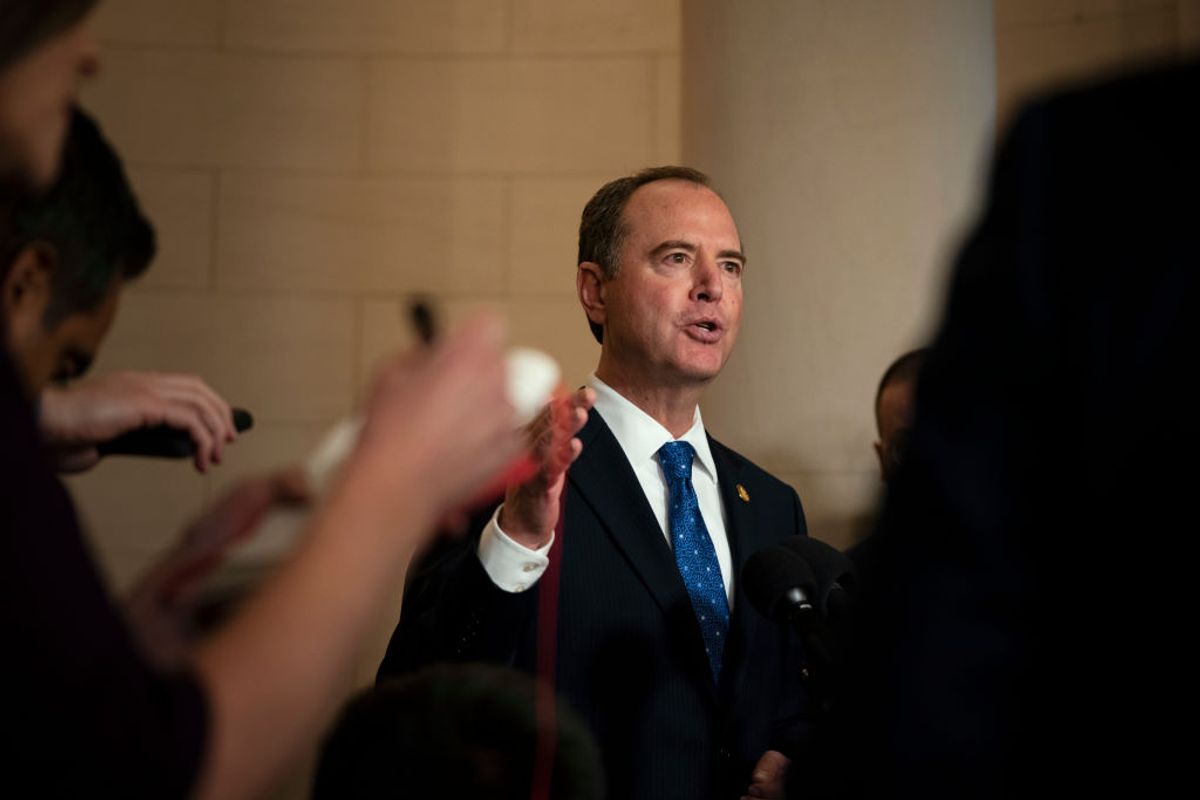 Claim:
U.S. Rep. Adam Schiff is a known pedophile who has settled numerous sex crime cases out of court.
Rating:

In February 2019, we investigated a rumor that U.S. Rep. Adam Schiff had used taxpayer money to settle a sexual harassment claim in 2013. That rumor (which was entirely false) was based on a junk news article that cited a non-existent report from the Los Angeles Times.

A few months later, just as Schiff, who heads the House Intelligence Committee, started to hold public hearings in the impeachment inquiry into President Donald Trump, social media users added a devious twist to this false claim. An old photograph of Schiff with a child started to circulate on Facebook along with the claim that "Adam Schiff was a known pedophile" who had settled numerous sex crimes cases out of court: Those spreading this rumor have offered nothing in terms of evidence to support this claim. When we "looked it up!," as the meme insists, the only thing we found to tangentially support this rumor was a months-old junk news article that we had already debunked.

The photograph in the above-displayed meme is real. However, its quality has been severely degraded to make it look old and suspicious, like something that needed to be hidden, in an apparent attempt to prop up the false rumors. But this photograph was not uncovered in some sort of investigation into these non-existent crimes. This photograph was shared by Schiff himself in February 2017 about his "little brother David" and his time volunteering with the Big Brothers Big Sisters program:

Love this old photo of me and my Little Brother David from the 1980's. #BeAMentor like I was for @BBBSLA – it’s life-changing! pic.twitter.com/qtGNBjCMMb

The boy in this photograph is David McMillan, who, as of this writing, is approximately 40 years old. McMillan has never accused Schiff of any inappropriate behavior. In fact, after Schiff posted this image, McMillan responded, writing: "Love this photo! We were both so young!! ?? And yes, be a mentor! It changes lives - it certainly changed mine!"