Was Adam Sandler Revealed to be a Supporter of Donald Trump?

A lengthy list of conservative celebrities who purportedly backed Donald Trump was advertised with a picture of actor and comedian Adam Sandler. 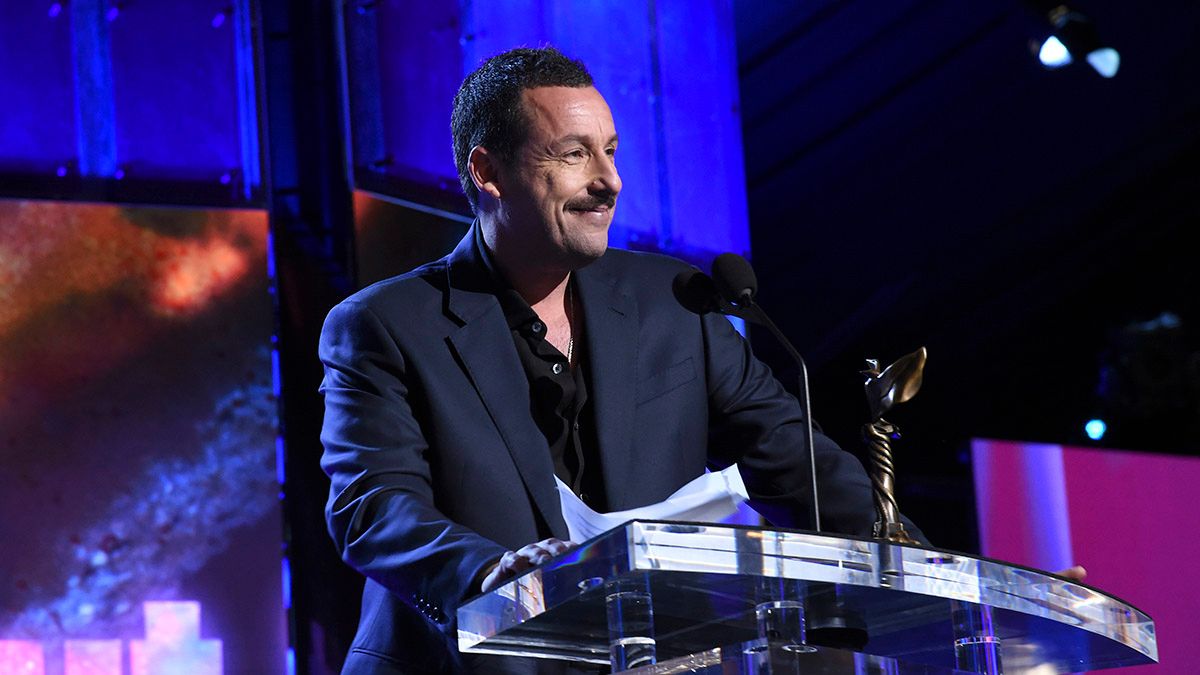 Claim:
The website Definition.org revealed that Adam Sandler was a Trump supporter.
Rating:

In February 2021, an online advertisement looked to draw readers to a list of celebrities who supported former U.S. President Donald Trump. A picture in the ad showed actor and comedian Adam Sandler with the words "Celebs Who Support Trump." Readers who clicked the ad were led through a 50-page article on Definition.org. The story featured 50 celebrities who purportedly supported Trump.

But Sandler didn't appear on any page.

The clickbait article appeared to have been published on Sept. 29, 2020. Its headline read: "The Celebrities and Billionaires That Backed Donald Trump."

While President Donald Trump may not have the approval of a majority of Americans (depending on the poll) there's no doubt he has the backing of many of America's richest citizens and recognizable faces. These well-known Trump backers have donated large sums of money, time, and publicity to ensuring Trump is reelected in 2020.

While many of these well-known Trump backers supported the 2016 Trump campaign, some did not. However, all on board the Trump 2020 train, and many of the the billionaire backers have contributed money to the Trump Make America Great Again Committee or Trump Victory committee, which is then transferred to the Donald J. Trump For President Committee.

For example, Dana White, president of the Ultimate Fighting Championship, appeared on the first page. He was followed by actress and comedian Roseanne Barr, as well as actors Scott Baio, Dennis Quaid, Jon Voight, and James Woods.

On July 18, 2016, The Wall Street Journal reported that Sandler had been registered with the Republican Party in the past. He also "performed at the Republican National Convention in 2004."

There was also the time someone named Adam Sandler donated to Trump. However, in 2019, Yahoo reported that it appeared to be a different person who happened to have the same name.

That same year, Sandler appeared as his classic "Opera Man" character on "Saturday Night Live." He delivered the following lines during a sketch on "Weekend Update":

In sum, it's possible that Sandler privately supported and voted for Trump. However, the ad with a picture of the actor and comedian led to a story that never ended up mentioning him. Since the ad from Definition.org appeared to be nothing more than clickbait, we have rated this claim as "False."

We previously reported on other stories concerning Sandler, including two death hoaxes that circulated in 2015 and 2017.