Did Abraham Lincoln Jump Out a Window to Prevent a Quorum?

Surprisingly, this isn't the only story about Abraham Lincoln jumping out of a window for political purposes. 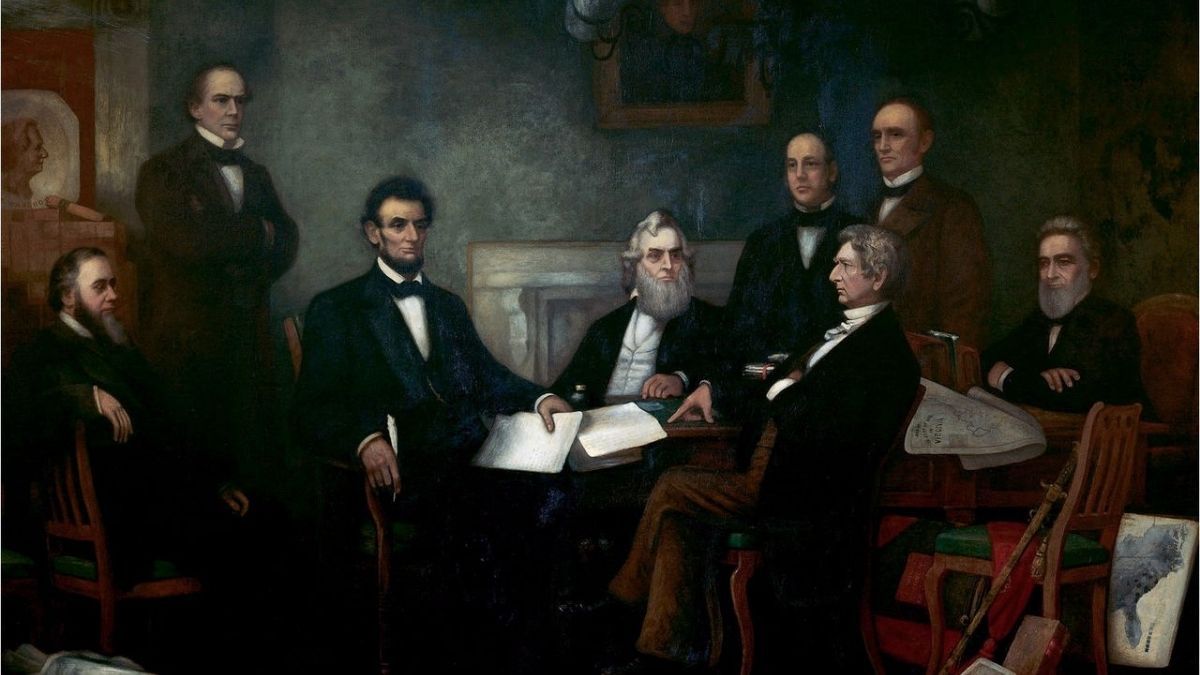 Claim:
In 1840, Abraham Lincoln, then a state legislator in Illinois, jumped out of a window in an attempt to prevent a quorum.
Rating:

In July 2021, Democrat legislators in Texas packed their bags and fled the state in order to prevent a quorum — the minimum number of legislators required to be present in order for a vote to take place — as Republicans sought to pass restrictive voter legislation.

As the situation unfolded in Texas, social media users started to wonder about the historical precedent. More specifically, they noted that former U.S. President Abraham Lincoln had once jumped out of a window in an attempt to prevent a quorum back when he was a state legislator in Illinois in 1840.

Lincoln truly jumped out of a window in 1840 in an attempt to prevent a quorum. Surprisingly, this may have not been the first time that Lincoln pulled the "they can't vote if I jump out a window" tactic. More on that other attempt later.

The above-displayed tweet is referencing an incident that took place at a Methodist Church that was serving as temporary legislative chambers in December 1840. Lincoln, who was a member of the Whig party at the time, was hoping that a lack of a quorum would stop Democrats from passing a bill that threatened the State Bank. But as Lincoln observed the vote, he realized that Democrats had been able to round-up enough members for a quorum. The future president had to think quick, spotted a nearby window, and made for the exit, followed by a few other members of the Whig party. While Lincoln's escape was dramatic, it was not successful. The quorum stood and the legislation was approved.

Here's a newspaper clipping from the Illinois State Register recounting the incident:

Nevertheless, he persisted, and in December 1840 he demonstrated the extent of his devotion to the bank in an episode that became celebrated as what he called "that jumping scrape." The bank had been authorized to continue its suspension of specie payments only until the end of the legislative session, which was scheduled for the first week in December. Knowing that the bank would immediately be bankrupt if forced to pay out specie, Lincoln and his fellow Whigs hoped to prevent the adjournment of the legislature, now holding its first session in the newly completed capitol at Springfield. Of course, Democrats, who wanted to kill the bank, favored adjournment. The only way the Whigs could keep the legislature in session was by absenting themselves, so that there was no quorum. They left Lincoln, together with one or two of his trusted lieutenants, to watch the proceedings and to demand roll calls when the Democrats tried to adjourn. The session dragged on into the evening, and candles had to be brought in. Several Democrats rose from their sickbeds to help form a quorum. Rattled, Lincoln and his aides lost their heads and voted on the next roll call. Then, still hoping to block adjournment, they unsuccessfully tried to get out of the locked door. When the sergeant at arms rebuffed them, they jumped out the first-story window. Their effort was in vain, because the speaker recorded them as present and voting, and, with the quorum assured, the house adjourned and the bank was killed. The whole affair became the subject of much amusement among the Democrats, who ridiculed "Mr. Lincoln and his flying brethren" and noted that his celebrated leap caused him no harm because "his legs reached nearly from the window to the ground!"

OK, but Did Lincoln Jump Out of a Window Twice?

Surprisingly, this may not have been the only time that Lincoln jumped out a window as a political tactic. A few years prior to Lincoln's unsuccessful attempt in 1840 to prevent a quorum, local legend holds that Honest Abe made a similar attempt while legislators debated on moving Illinois' state capitol from Vandalia to Springfield.

We have not been able to find any contemporary records to confirm this account. However, two men who were reportedly at the Vandalia state house when Lincoln leapt from a second story window, recounted the incident in an article published in The Lancaster Examiner in 1900:

One morning, when the body had been called to order, the presiding officer suddenly laid before the members the question of the capital location. Lincoln, who was the leader of the Springfield faction, saw that his side was in the minority. Several Springfield members had left town and had not returned. He saw, too, that the number present was barely a quorum.

The friends of Vandalia to a man were on hand. At the door stood a burly sergeant-at-arms, who had evidently received instructions to stop any member trying to leave. It was plain that the Vandalia people meant to rush through the bill to make no change in the capital. Preliminary proceedings proved it.

Lincoln had taken the floor, only to find how powerless he minority was. The situation looked hopeless. The tall, gaunt leader nodded to his followers and hurried to the corner window. A wooden sill 20 inches wide made a projection beyond the wall. Before his purpose could be divined and the officers of the House could reach him, Lincoln had stepped through the window, and let himself down until he hung by his hands from the sill. The distance to the ground was less than five feet. Lincoln dropped.

"No quorum!" the Springfield minority shouted.

Proceedings were blocked for the time being. Subsequently, when the absentees had returned, and when the session was about to close, it was impossible to further postpone the vote. Springfield won. Uncle John showed the window and described the scene in detail. The parson listened with a little smile, and nodded as he commented: "Yes. That was the way it was."

If you're surprised to learn about Lincoln's window jumping antics, you might want to read more about how the 16th President of the United States is a member of the wrestling hall of fame.