Did an Abortion Clinic Put Forceps Atop Their Christmas Tree? 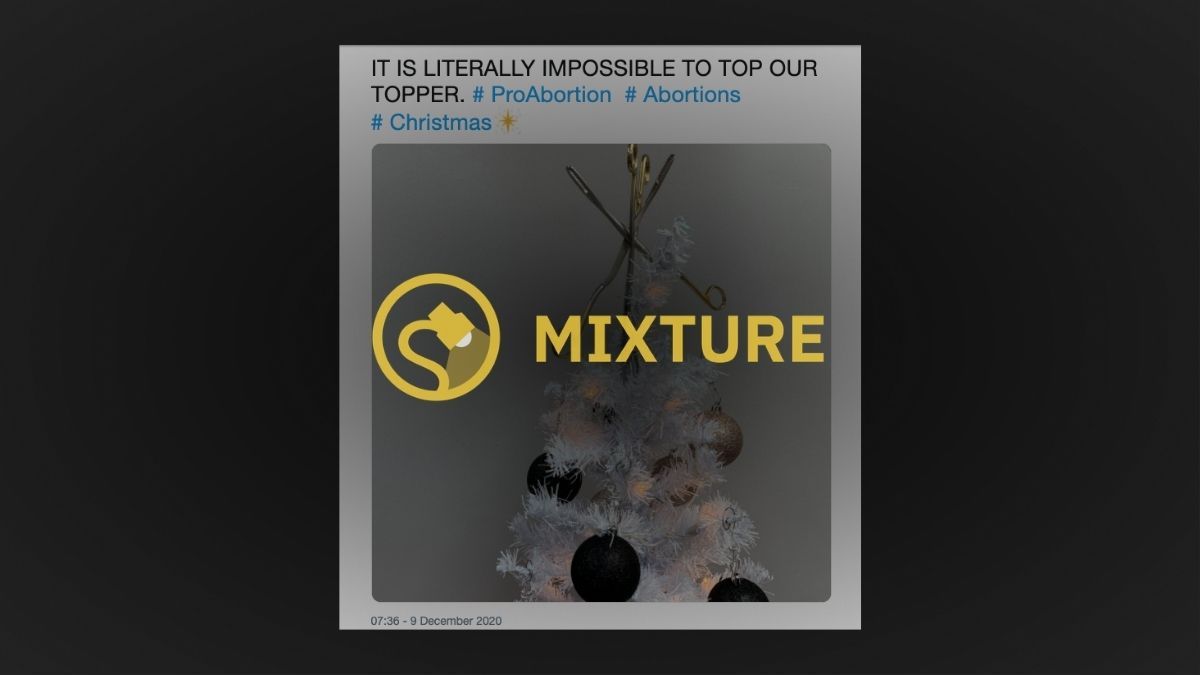 Claim:
An abortion clinic topped their Christmas tree with pairs of forceps, as per an activist’s December 2020 photograph posted on Twitter.
Rating:

A pro-abortion rights activist — and reported former employee of Clinics for Abortion and Reproductive Excellence (CARE) — posted a photograph of a Christmas tree with forceps as its topper on his Twitter account.

It is not clear that the Christmas tree with the forceps topper was located in an abortion clinic.

A pro-abortion rights activist found himself in the crosshairs of conservative news outlets after posting a picture of a Christmas tree on Dec. 9, 2020, with an unusual topper featuring two pairs of forceps. The tweet drew the ire of outlets like The Christian Post and Breitbart.

The tweet was deleted not long after it was posted, but an archived version shows that the tweet stated: “IT IS LITERALLY IMPOSSIBLE TO TOP OUR TOPPER,” with the hashtag #ProAbortion, #Abortions, and #Christmas. According to the Christian Post, this tree was put up in an abortion clinic. They reached this conclusion by combing through the activist’s Twitter and LinkedIn profiles.

Michael Saenz, the person behind the tweet (whose Twitter profile is now private), had tagged two pro-abortion rights groups in his archived Twitter bio: the Clinics for Abortion and Reproductive Excellence (CARE), and We Are Pro Abortion (WAPA). As of this writing, he had removed CARE from his Twitter bio, and changed his Twitter handle.

However, there is no clear evidence that this Christmas tree was put up at an abortion clinic. According to a LinkedIn profile that anti-abortion media outlet Live Action says is connected to the same Saenz, he worked as a patient care technician with CARE from June 2017 to November 2018, and as their marketing director until January 2020. It is not clear if he is currently working with any abortion clinics. WAPA, the organization currently on his Twitter bio, is an advocacy group that aims to end stigmas around abortions, and fundraises for clinics.

The forceps are considered controversial by anti-abortion groups that claim they are used to grasp the body parts of "preborn babies" and "tear" their limbs. However, forceps are commonly used to remove the fetus or placenta during an abortion procedure called dilation and evacuation (D&E).

While it is fair to say a pro-abortion rights activist posted an image of forceps atop a Christmas tree, there is no proof that this photograph was taken at an abortion clinic. We thus rate this claim a “Mixture.”