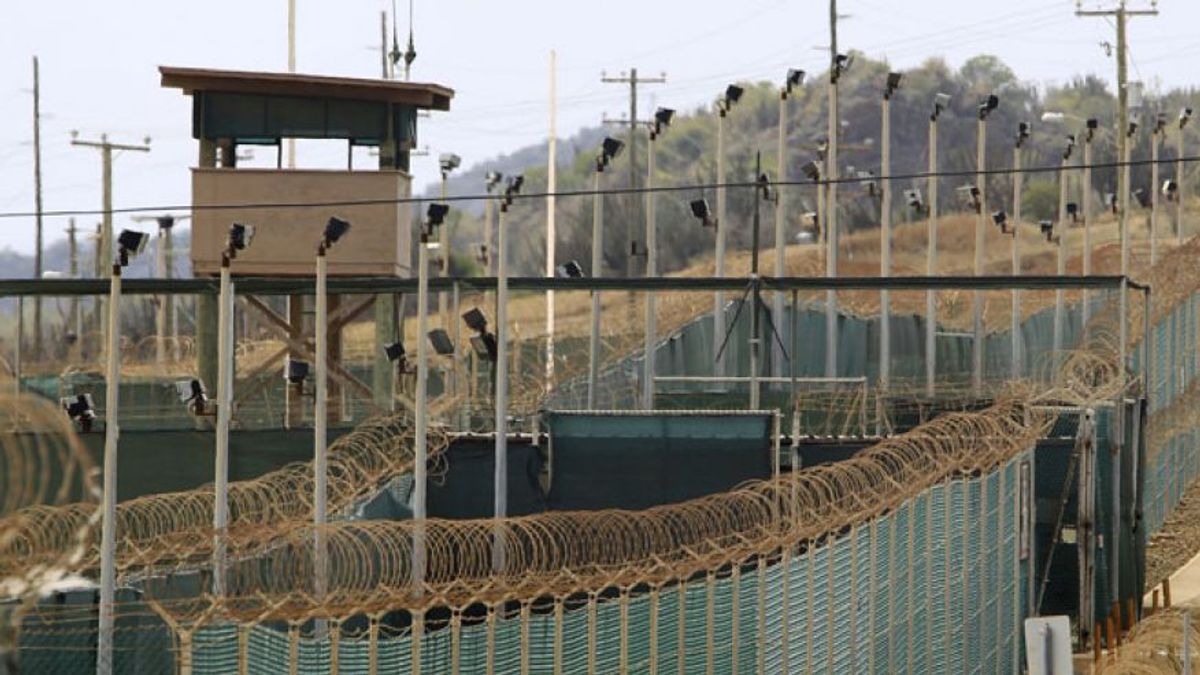 FACT CHECK   Did the Obama administration deliberately and unexpectedly release Abdul Shalabi from detention at Guantanamo Bay while the news media were distracted by the Pope's visit to the U.S.?

Claim:   The Obama administration deliberately and unexpectedly released Abdul Shalabi from detention at Guantanamo Bay while the news media were distracted by the Pope's visit to the U.S.

WHAT'S TRUE:   Guantanamo detainee Abdul Shalabi was repatriated to Saudi Arabia on 22 September 2015, the day on which Pope Francis arrived in Washington, D.C.

WHAT'S FALSE:   Abdul Shalabi's release was sudden and unexpected, and it occurred under the radar of the news media due to coverage of the Pope's visit.

Rumor has it that while the pope was in DC that POTUS released Abdul Shalabi from Gitmo. Did Obama really release Abdul Shalabi will everyone was watching the pope in DC?

Origins:   Pope Francis' "Apostolic Journey to the United States of America" that began on 22 September 2015 marked the pontiff's first visit to the U.S. On 24 September 2015, the web site of former one-term congressman and conservative political commentator Allen B. West published a blog post with the clickbait headline of "While the Media Obsessed Over the Pope, Look What Obama Just Did" that asserted:

While Pope Francis was in Washington smooching with the president and giving speeches about global warming, income inequality and the evils of capitalism (while being ominously silent about the persecution and slaughter of his Christian brethren around the world), the Obama administration released Abdul Shalabi from the Guantanamo Bay detainment center.

That Shalabi was released yesterday as the country was focused on Pope Francis’ arrival in the United States could well be the administration's most blatant "Look, over there…squirrell!!" [sic] moment ever. The very idea that this man who worked side-by-side with Osama bin Laden can somehow be "rehabilitated" to no longer want to kill infidels, and, be rehabbed by the Muslim government of an Islamic nation — is beyond laughable. What does Obama think he’s going to do there now, train to become a valet? Take up needlepoint? Oh, I know, maybe open a bakery and make cakes for gay weddings.

The excerpt quoted above suggests that Shalabi's release was unexpected and deliberately coordinated so as to go unnoticed during media coverage of Pope Francis' arrival in Washington D.C. However, Shalabi's release was neither unexpected, nor was it ignored by the media. A widely-reproduced Associated Press article published three months earlier had announced that Shalabi, who had been on a nine-year hunger strike, had been approved for release from Guantanamo by a government review board:

A prisoner who has been on a nine-year hunger strike to protest his confinement at the U.S. base at Guantanamo Bay, Cuba, can now return to his native Saudi Arabia, a government review board said.

The Periodic Review Board, which has been re-evaluating dozens of Guantanamo prisoners previously deemed too dangerous to release, said in a statement published on its website that Abdul Rahman Shalabi can be released to take part in a Saudi government rehabilitation program for militants and would be subject to monitoring afterward.

Shalabi began a hunger strike in 2005. He and another prisoner, who since has been released, maintained the protest longer than any others held at the base. Court records show Shalabi occasionally consumed food but also dropped to as little as 101 pounds (46 kilograms). His lawyer told the review board in April [2015] that prison officials had fed him with a nasogastric tube daily for nine years.

The U.S. now holds 116 men at Guantanamo, including 52 cleared for transfer or release.

Similarly, an 8 August 2015 New York Post article reported that Shalabi was due to be released soon (partly to care for his mother):

Take detainee Abdul Shalabi. His lawyers in June pleaded that the former bin Laden bodyguard was sufficiently reformed and wanted only to reunite with his family in Saudi Arabia and take “care of his ailing mother.”

The board subsequently agreed Shalabi was “no longer a significant threat to the security of the United States,” and rubber-stamped his release — even though the al Qaeda operative conspired with Khalid Sheikh Mohammed while plotting the 9/11 attacks from Karachi, Pakistan. Shalabi also was said to have trained at al Qaeda camps to participate in “a suicide attack or deployment to the West.”

The UK newspaper The Guardian also reported on Shalabi's then-pending release on 13 August 2015, and the claim that "the media" ignored Shalabi's release in favor of Papal visit coverage conflicted with the 22 September 2015 publication in the New York Times of an article reporting that:

Although a six-agency task force decided in 2009 that Mr. Shalabi was too dangerous to release, a parolelike panel called the Periodic Review Board, consisting of representatives from the same six agencies, decided in June [2015] that he could now be safely repatriated to Saudi Arabia.

In a statement explaining its reasoning, the board said Mr. Shalabi had “terrorist-related activities and connections” in the past, but said it was confident that the Saudi government’s rehabilitation program and its ability to monitor former detainees would mitigate the risks. The board also cited the fact that Mr. Shalabi’s nephew, who was repatriated from Guantánamo in President George W. Bush’s second term and went through the Saudi rehabilitation program, has apparently lived quietly ever since.

Mr. Shalabi appeared before the board at a hearing in April [2015]. He asked that his statements not be made public. But a lawyer helping to represent him, Julia Tarver-Mason Wood, told the board that he just wanted “to settle down, get married and have a family of his own, and put the past behind him.”

The New York Times wasn't the only high-profile U.S. news outlet to cover Shalabi's release, as a 22 September 2015 Reuters piece also announced the imminent transfer of Shalabi to Saudi Arabia.

As noted above, it was a review board comprising officials from several different military, legal, and intelligence agencies who recommended Shalabi's repatriation to Saudi Arabia, as explained on the Department of Defense Periodic Review Secretariat's web site:

The Periodic Review Board (PRB) is a body comprised of senior officials from the Departments of Defense, Homeland Security, Justice, and State; the Joint Staff; and the Office of the Director of National Intelligence that will review whether continued detention of particular individuals held at Guantanamo remains necessary to protect against a continuing significant threat to the security of the United States.

Articles published three months in advance of Shalabi's repatriation acknowledged that (despite his never having been charged with a crime) he had links to Osama bin Laden al-Qaida and had "not been cleared of wrongdoing":

Shalabi, 39, was among the first prisoners taken to Guantanamo in January 2002. He was never charged with a crime but the government said he had been a bodyguard for Osama bin Laden and had links to the external operations chief for al-Qaida, Khalid Sheikh Mohammed, who is facing trial by military commission at Guantanamo.

The board, which was created by the administration of President Barack Obama in 2011 as part of the effort to close the prison at Guantanamo, did not clear Shalabi of wrongdoing and said it "acknowledges the detainee’s past terrorist-related activities."

So while it's true that Abdul Shalabi was transferred from Guantanamo to Saudi Arabia on 22 September 2015, the formal decision to do so was made well in advance of the Pope's September 2015 visit to the U.S., and news of Shalabi's hearing, review, and release was reported by major news outlets (inside and outside the United States) both before and during the event.