Does California Have an Abandoned City Near Joshua Tree?

It’s been dubbed the biggest abandoned ghost town in the U.S. 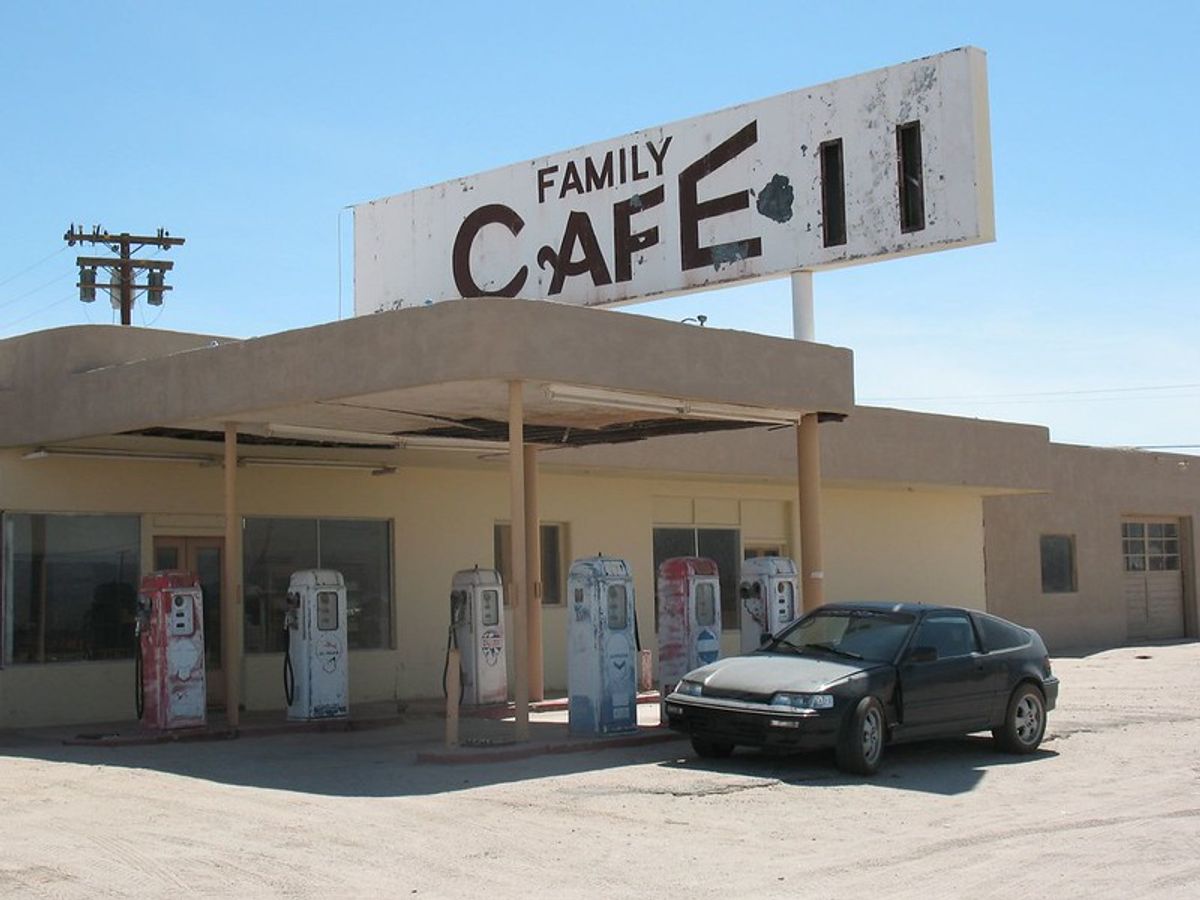 Claim:
An abandoned mining town near Joshua Tree National Park in southern California is the site of hundreds of now-empty buildings.
Rating:

Eagle Mountain in Southern California was once a bustling desert town, with four iron ore pits, a school district, and hundreds of homes.

In 2021, the mining city was nicknamed the largest ghost town in the country.

The location resurfaced on the internet in a TikTok video in early January 2021 when the original poster described the abandoned town as being located “in the middle of nowhere, California near Joshua Tree.” At the time of publication, the video had received more than 52,000 likes.

A Google maps search revealed that Eagle Mountain is located in the Colorado Desert in Riverside County 35 miles east of Joshua Tree National Park in California. And by our research, the historical accounts made in the TikTok video correctly align with the mining town’s boom-to-bust mining history.

Kaiser Steel Corporation purchased the land of what would become Eagle Mountain in 1948 to extract iron, and as mining operations grew, so did the small town. The town would eventually see a population of 4,000 at its height and over 400 homes, according to the news publication Desert USA. Mining data website Mindat.org reported that the former open-pit mine complex provided iron ore to Kaiser Steel Corporation’s smelter in Fontana, California, where it was transported by the railroad for processing.

After more than three decades of production, the town shuttered its mining operations in 1981 over environmental concerns. As the main source of town revenue gradually dried up, the last store of Eagle River closed in 1982 and the post office the following day. As of this writing, the town now is “completely abandoned”

Throughout the decades, there have been several attempts to revive the town. The California Department of Corrections began renovations on an old shopping center in 1986 to what would eventually become a prison in the 1990s — but the prison was closed in 2003 after a riot broke out, leaving two people dead, reported the Los Angeles Times.

In 2005, Los Angeles County attempted to use the pits to dispose of trash from the city, but a U.S. district court judge shut the plan down, citing environmental concerns given Eagle Mountain’s proximity to Joshua Tree National Park.

Eagle Crest Energy Company purchased rights to the pits in 2015 in an effort to build a $2 billion hydropower project to provide renewable energy to the Golden State. The project similarly received significant pushback over environmental concerns despite a National Park Service study in 2017, Joshua Tree National Park Eagle Mountain Boundary Study, that found the transfer of lands was “feasible and desirable.” As of January 2021, construction for the hydropower project did not appear to have begun.