Is Ukraine's Donetsk Airport 'Abandoned in the Ocean'?

The country's Sergei Prokofiev International Airport was destroyed during a violent conflict in 2014. 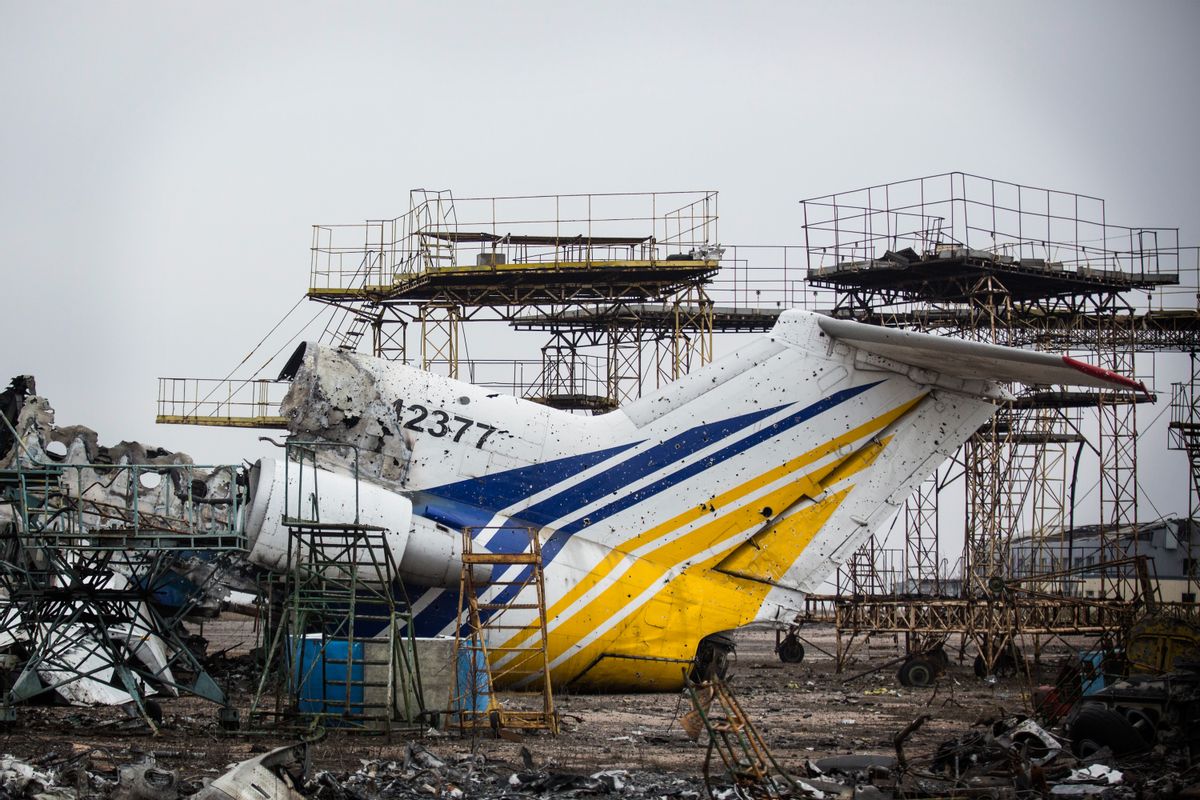 Claim:
The Donetsk Sergei Prokofiev International Airport in Ukraine is abandoned in the ocean.
Rating:

In December 2021, an online advertisement claimed to show a picture of a crumbling airport that was "abandoned in the ocean." The ad read: "Once a Crowded Airport, Now It's Completely Abandoned in the Ocean." This ad was misleading and appeared to be clickbait.

The ad appeared to hint that a massive, abandoned airport was crumbling and perhaps slowly going underwater.

A simple reverse image search on Google showed that the airport in the photograph was the Donetsk Sergei Prokofiev International Airport in Ukraine, which was located nowhere near the ocean. The picture appeared to have been originally captured by a Reuters photographer, according to the BBC.

In 2015, The Atlantic reported that the airport was "completely destroyed" in the year prior. It sustained significant damage by shelling during violent clashes in the region. In February 2021, Ukrainian President Volodymyr Zelenskyy announced plans for a new airport that would service the Donetsk region.

The ad in question led to a 40-page slideshow article on the Discovery Time website.

While the Ukrainian airport photograph was misleading clickbait, the lengthy story on Discovery Time did mention at least one abandoned airport that was truly surrounded by hundreds of miles of ocean in every direction.

According to the U.S. Environmental Protection Agency, the Johnston Atoll Airport is located in the Pacific Ocean "about 717 nautical miles west-southwest of Hawaii." It's also visible on Google Maps.

The EPA published that it's currently "under [U.S.] Air Force ownership and control." On the same page, it also mentioned that its "military history began before World War II and continued until the island was decommissioned in 2004," and that, "at one time over 1,200 military and military contractor personnel lived at the Johnston Atoll."

Another "airport" featured in the 40-page article was named Lake Buena Vista Airport, which is better known as the abandoned "airport" at Walt Disney World Resort in Orlando, Florida.

We previously reported that the old Lake Buena Vista STOLport ("short takeoff and landing") was likely better described as an airstrip. It only allowed small aircraft and didn't have the large buildings often associated with major airports. This aerial view shows that the airport was basically just a landing strip.

In sum, an ad showed a picture of a completely abandoned airport in Ukraine while at the same time falsely claiming that it was surrounded by ocean. For this reason, we have rated this claim as "Miscaptioned."