A Tip for Education

Did an 18-year-old waitress in Texas receive a $1,000 tip to help fund her education? 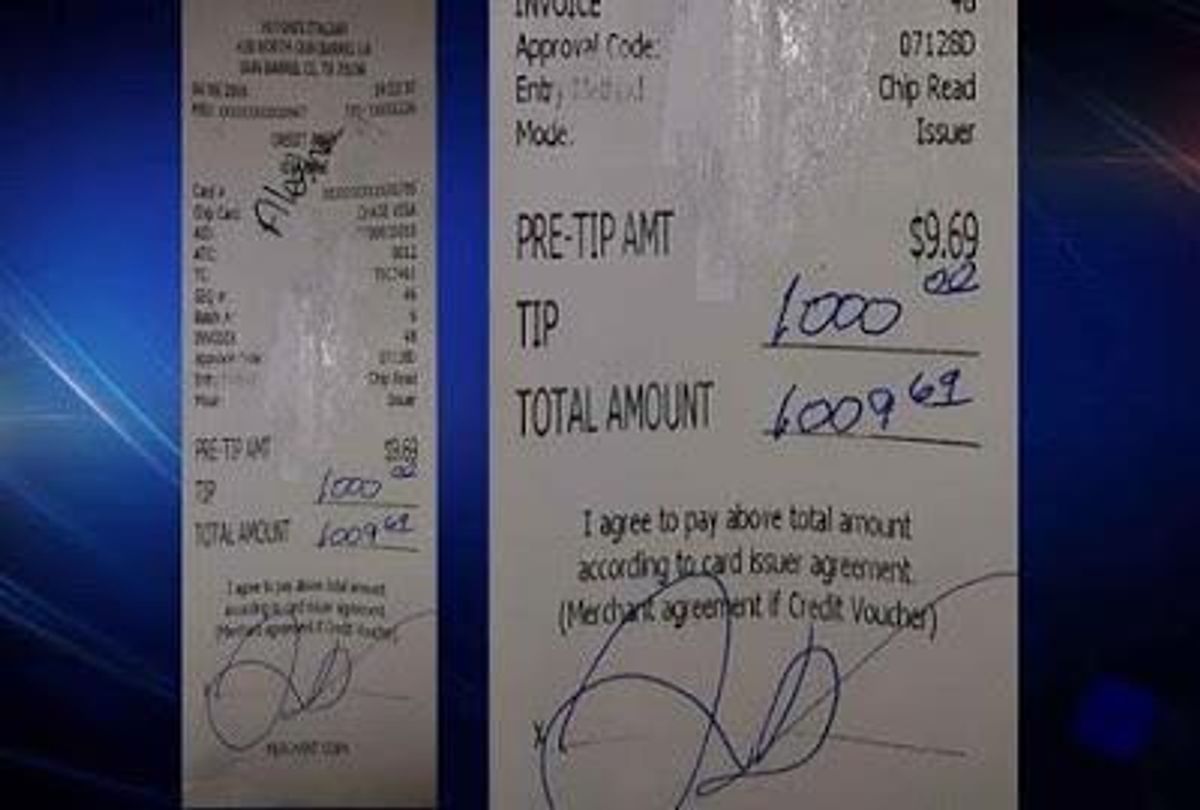 Claim:
An 18-year-old waitress in Texas received a $1,000 tip after a man overheard her discussing her college plans with a couple at another table.
Rating:

This meme has all the makings of a good glurge: a feel-good story without any names and the improbably-named town of Gun Barrel City, Texas. However, this incident actually happened.

On 18 April 2016, an 18-year-old waitress named Alesha Palmer was working at Vetoni’s Italian Restaurant in Gun Barrel City (a city southeast of Dallas), waiting on a couple she knew. The couple asked her about her plans for college, and she mentioned that she was working at the restaurant to save money for her educational expenses.

Not long after that, a man dining solo at a nearby table went up to the cash register to pay his bill and engaged in a conversation with the restaurant’s owner, Mike Vetoni. Thinking that she must have displeased the customer in some way and that the man was lodging a complaint, Ms. Palmer asked Vetoni if she’d done something wrong. Vetoni silently turned over the receipt and showed her the notation for the $1,000 tip. “I kind of just stood there wide-eyed and I just started crying and I’m in the middle of the restaurant,” Palmer reported to KLTV, an ABC news affiliate. The man told Vetoni that he wanted to help Palmer with her college expenses.

Although restaurant staff must know the name of the generous donor because he paid with a credit card receipt, he apparently requested to remain anonymous. Palmer said that the $1,000 tip has already been deposited into her college savings account.