Does a loon appear on Canada's $1 coin because the original dies were lost in transit? 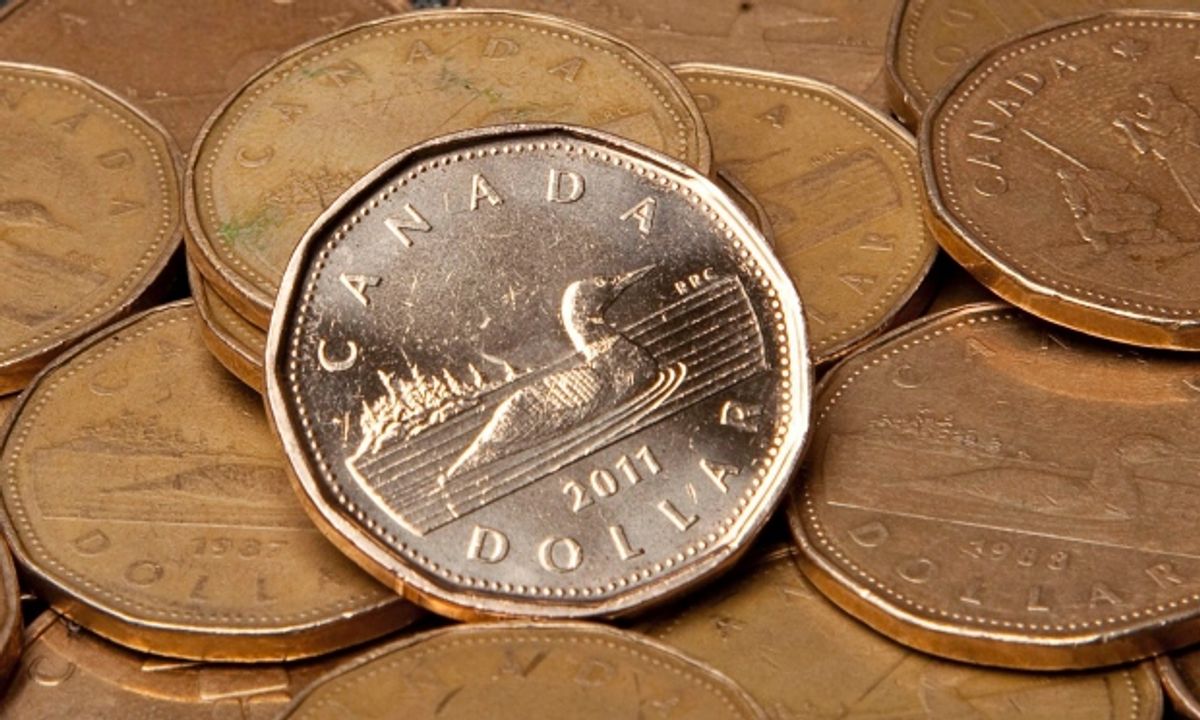 Claim:
A loon appears on Canada's one-dollar coin because the original dies, featuring a different design, were lost in transit.
Rating:

Although Canada, like its American cousin, had long had a "silver" dollar, the dollar hadn't seen much use as a circulated coin in the latter part of the 20th century; citizens of both countries greatly preferred their respective homelands' one-dollar banknotes. One-dollar bills, however, are now impractical when viewed from a cost-benefit basis: they wear out, necessitating replacement far more frequently than dollar coins would. Paper currency has a life expectancy of nine months, whereas coins are good for twenty years.

In 1987 Canada's currency underwent a major change with the introduction of "the loonie," that country's new gold-colored one-dollar coin. The loonie was created to replace the one-dollar bill, which was to be removed from circulation through attrition: worn-out dollar bills would continue to be destroyed, but no new stock of paper currency would take their place. Canadians were given one year to become accustomed to the metal dollar coin, then the Bank of Canada ended distribution of one-dollar banknotes, leaving the loonie supreme.

Prior to 1987, Canada's silver dollar coin featured two men in a fur-laden canoe, a depiction of the voyageurs who had dared the wilderness in that country's early days. When

Canada decided to replace one-dollar bills with one-dollar coins, the 1935 Emanuel Hahn "voyageur" design was adapted for the new coin, but something went awry — the master dies of the new one-dollar coin were lost in transit.

The dies, which had been produced in Ottawa, were being shipped to production facilities in Winnipeg.
According to an investigation conducted by the Royal Canadian Mint, they had been entrusted to a courier service on 3 November 1986 and were never seen again. The dies' being sent by courier was in itself a breach of accepted security procedures (transport of the dies should have been handled by a
high-security outfit such as Brink's), but there was more: no one had asked the courier company representative who had appeared to take possession of the package for identification. And both dies, the obverse and reverse of the new coin, had been bundled into the same shipment, meaning that whoever had the package also had the dies for striking both sides of the new coin. (The two sides should have been shipped separately to head off this possibility.)

Although the Royal Canadian Mounted Police assert the dies were merely lost in transit, others believe they were stolen by folks intent upon minting their own money. With this possibility looming, the Mint undertook to redesign the coin to foil potential counterfeiters. They had an alternate Robert-Ralph Carmichael design featuring a loon on hand and quickly gained government approval for its use. Dies were cut, and the gold-colored

dollars were loosed upon the Canadian public on 30 June 1987, meeting the schedule for the release date of the original "voyageurs" coin.

The subject of the coin's design prompted its own nomenclature. Canadians quickly dubbed the new coin "the loonie" (a name has stuck through the years), and piggy banks became known as "loonie bins." In 1996, the "toonie" joined the loonie in the pockets of Canadians as a new dual-metalled coin took the place of the two-dollar bill. Also known as "the queen with the bear behind" (Queen Elizabeth on one side, a bear on the other), the toonie gained its name from a combination of "two" and "loonie."

The loonie, by the way, might be gold colored, but it contains no gold. It is made of aureate bronze plated on pure nickel.