Do 90% of Americans Want Universal Background Checks for Gun Buys? 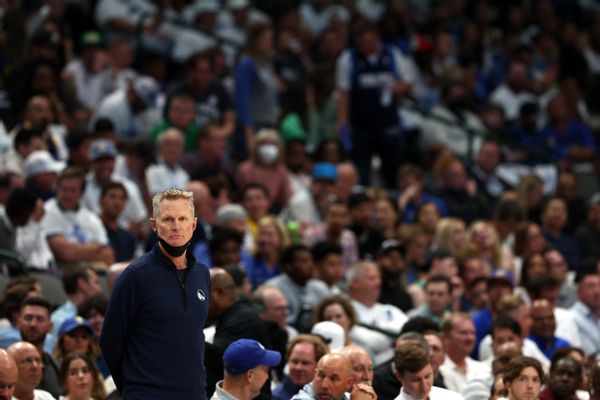 On May 24, 2022, a gunman entered Robb Elementary School in Uvalde, Texas, and killed 19 children and two teachers. It was the 212th mass shooting in the U.S. (defined by the Gun Violence Archive as a shooting in which four or more people were shot or killed, excluding the shooter) of 2022, and the 27th shooting to take place in a school.

As news circulated that 19 children under the age of 10 had been killed in another mass shooting, Steve Kerr, the head coach of the Golden State Warriors basketball team, expressed outrage at the lawmakers who refuse to vote on the federal bill H.R. 8, the "Bipartisan Background Checks Act of 2021," and noted that 90% of Americans support universal background checks for gun purchases.

Kerr said: "Do you realize that 90% of Americans, regardless of political party, want background checks, universal background checks? 90% of us ... We are being held hostage by 50 Senators in Washington who refuse to even put it to a vote, despite what we the American people want. They won't vote on it because they want to hold on to their own power."

When it comes to specific gun-related policies, the public finds broad agreement in certain areas. Overwhelming majorities of Democrats and Democratic-leaning independents (91%) and Republicans and Republican-leaners (92%) say they strongly or somewhat favor barring people with mental illnesses from purchasing guns. These views are largely unchanged since the question was first asked in 2017.

Similarly, large majorities in both parties continue to favor making private gun sales and sales at gun shows subject to background checks (93% of Democrats, 82% of Republicans).

Kerr's claim that 90% of Americans support universal background checks falls within the scope of the available data.

H.R. 8 is a bill that would expand background checks for all firearm sales in the country (including sales by private and non-licensed sellers).

Specifically, it prohibits a firearm transfer between private parties unless a licensed gun dealer, manufacturer, or importer first takes possession of the firearm to conduct a background check.

The prohibition does not apply to certain firearm transfers or exchanges, such as a gift between spouses in good faith.

While the legislation has already passed in the U.S. House, the bill has been held up in the Senate where it needs 60 votes to pass. CNN reported:

The legislation has bipartisan support, passing the House last year in a 227-203 vote. Eight Republicans supported the bill and one Democrat voted against it.

[...] For now, either Democrats must all agree to end the filibuster or Republicans must begin to support gun control measures in larger numbers. Until then, there will be no new federal gun laws.

“The Vast Majority of Americans Support Universal Background Checks. Why Doesn’t Congress?” The Institute of Politics at Harvard University, https://iop.harvard.edu/get-involved/harvard-political-review/vast-majority-americans-support-universal-background-checks. Accessed 25 May 2022.

Washington, District of Columbia 1800 I. Street NW and Dc 20006. “PolitiFact - A Majority of Iowans and Americans Support Background Checks for Gun Buyers.” @politifact, https://www.politifact.com/factchecks/2021/mar/12/beth-wessel-kroeschell/majority-iowans-and-americans-support-background-c/. Accessed 25 May 2022.