Did 85% of Americans Approve of Biden's Speech?

The viewing audience for Biden's first speech before a joint session of Congress was not representative of Americans as a whole. 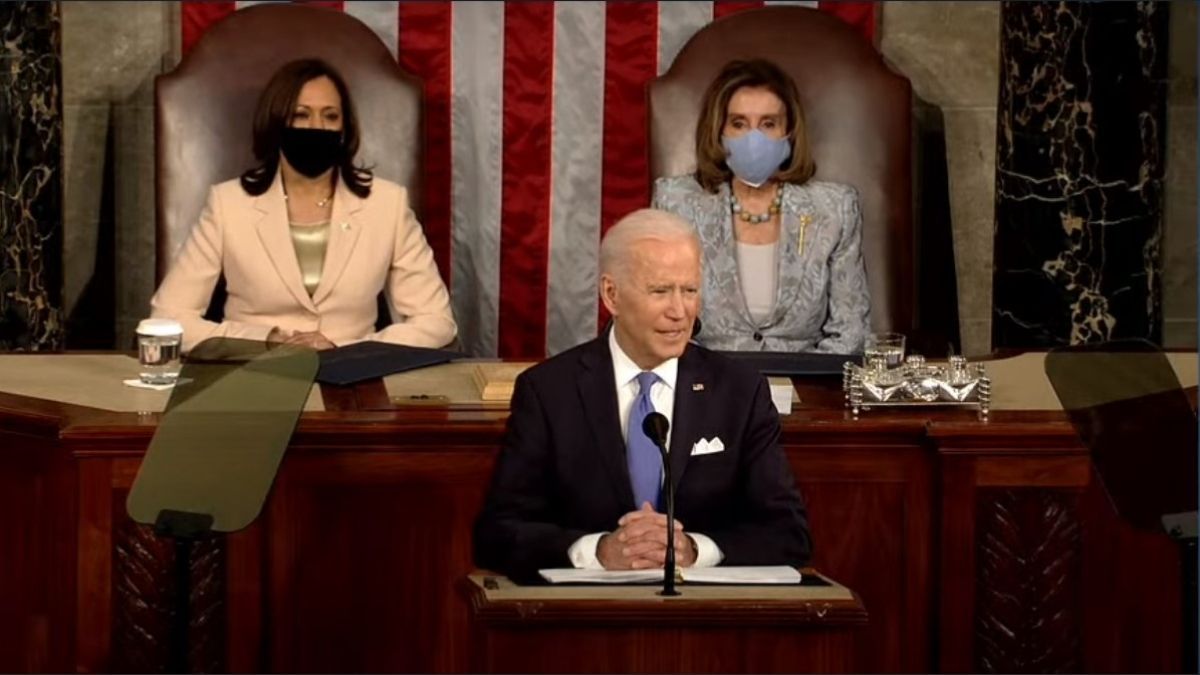 This stat refers to the approval rating among Americans who watched the speech, not the country as a whole. While 85% of viewers did approve of the speech, according to CBS News, the majority of those viewers were Democrats.

On April 29, 2021, the day after U.S. President Joe Biden delivered his first speech to a joint session of congress, a message started to circulate on social media claiming that 85% of Americans had approved of the president's remarks:

We don't know what percentage of Americans approved of Biden's speech yet, but it likely wasn't 85%.

This stat comes from a report by CBS News who reported that 85% of viewers, not Americans, approved of the speech. As the audience for Biden's speech last night likely skewed to the left, this statistic does not represent "all Americans." CBS News reported that 54% of the people who watched the speech were Democrats, 25% were independents, and 18% were Republicans. Of those people, 85% approved of the speech.

CBS News director of elections and surveys Anthony Salvanto specifically mentioned that the audience last night was made up mostly of Democrats when he talked about this statistic. Here's a transcript from the CBSN show "Red & Blue":

"[...] We have some new polling. What we did was we talked to a representative sample of the audience nationwide who watched the speech and they liked what they heard. We got 85% approving of the speech. Now, I've got to add right off the bat here, that as is typical with presidential speeches, a lot of his own partisans made up the bulk of the audience.

So this audience was majority Democrats watching it. And for context back when President Trump was giving speeches a lot of Republicans watched those. So you've got to know that behind these numbers. But that said, the audience said that they liked what they heard.

For comparison's sake, CBS News found that 76% of people who watched former President Donald Trump's first speech before a joint session of congress in 2017 approved of the message.