Were 83 Ballots Fraudulently Mailed to One Calif. Home?

Social media posts in May 2020 claimed the incident was an example of the ballot-casting system's vulnerability to voter fraud. 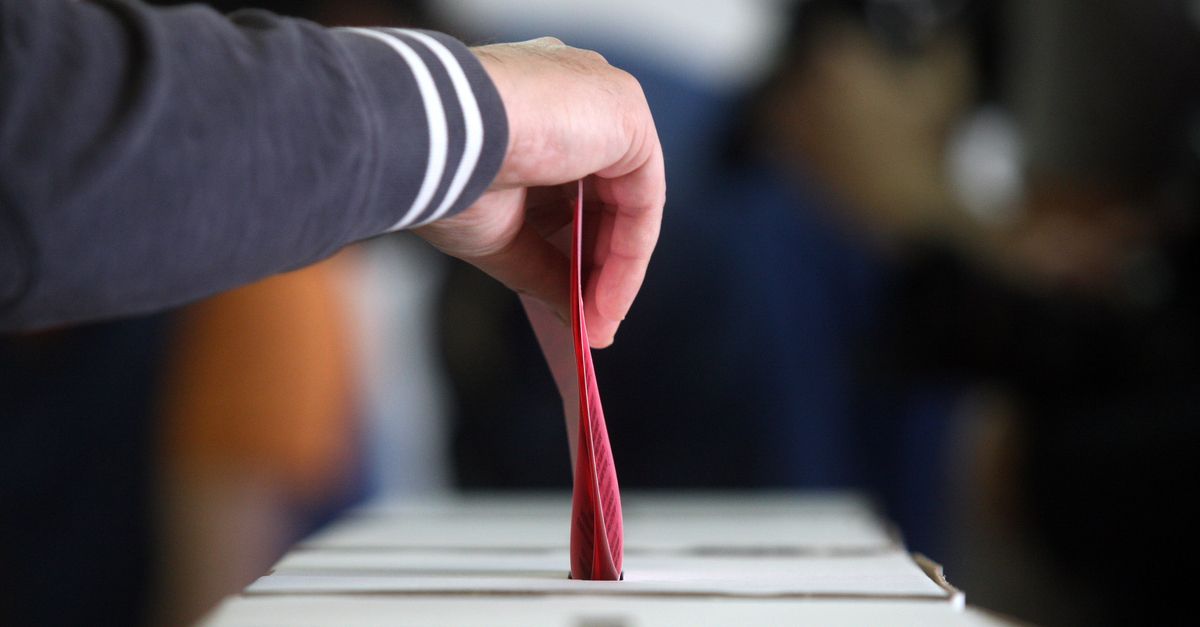 Claim:
In November 2016, 83 mail-in ballots were sent to a Los Angeles apartment where one person lives as part of an illegal scheme to cheat the elections system.
Rating:

According to the Los Angeles County Registrar's Office, which oversees voting systems for the area, too many ballots were sent to a single Los Angeles apartment in November 2016.

However, the ballots were erroneously sent to the address because of a bug in the county's computer system that tracks voting records — not because someone or something was trying to cheat the elections system or commit fraud.

A spokesman for the Los Angeles County registrar did not confirm the exact number of ballots mistakenly sent to the apartment. However, he did not refute news reports from November 2016 that said it was 83 ballots in two stacks.

In late May 2020, as U.S. President Donald Trump rallied his supporters against vote-by-mail systems during the COVID-19 coronavirus pandemic, social media posts called attention to a 2016 incident in Los Angeles where 83 mail-in ballots were apparently sent to a single residence — an example, critics claimed, of voter fraud and the ballot-casting method's room for error in U.S. elections.

Several Facebook and Twitter posts shared a link to a Daily Mail story from Nov. 3, 2016 — a story that used reporting and photographs from a Fox News article published on the same day titled, "'Voter fraud'? California man finds dozens of ballots stacked outside home". Both stories allege an incident in the days before the 2016 presidential election that can be summarized like this: A resident of an apartment complex in Los Angeles' San Pedro community found two stacks of mail-in ballots, totaling 83, on top of a mailbox he shared with his building. The ballots were unopened with different names listed as their recipients, though the packages all had the same destination address: a single apartment in the complex that's home to one 89-year-old woman. The stories portray the incident as a possible case of voter fraud.

Yet a TV news station, NBC4 Los Angeles — KNBC, wrote a news story the following day, confirming that 83 ballots were sent and addressed to the apartment belonging to the 89-year-old woman without speculating as to why.

For Snopes' investigation into the claim, we looked at the following: that 83 ballots were sent to a single Los Angeles apartment and that that action was part of a nefarious scheme by something or someone to illegally cheat the voting system.

We reached out to the Los Angeles County registrar-recorder/county clerk, which oversees voting and elections systems for the area, and confirmed too many ballots were indeed sent to a single Los Angeles apartment in November 2016 — proving one part of the as claim true.

In an email to Snopes, a spokesman for the agency did not confirm the exact number of ballots mistakenly sent to the apartment in the incident; however, he did not refute the Daily Mail story that reported 83 ballots in two stacks.

But here's what the 2016 stories did not say: The ballots were erroneously sent to the apartment because of a malfunction in the county's computer system that tracks voting records, according to the spokesman. He said:

The 2016 incident ... occurred as a result of a bug in the Election Management System where multiple records were inadvertently updated when a change to a single voter record was processed without closing out the session at the completion of the update.

In other words, the voting information of numerous residents was accidentally attached to one file — presumably the 89-year-old woman's — and so ballot postage for those residents printed with just her address on them.

Officials contacted the county residents who didn't receive their ballots due to the error, and then re-issued those people ballots, as well as took other precautionary measures so the problem wouldn't happen again, the spokesman said. Advocating for the widespread availability of mail-in ballots in 2020 during the pandemic, he said in reference to the 2016 case:

The optics of the incident were concerning, and the need to address the issue was taken very seriously. To be very clear, it was not a case of fraud or any attempt to interfere with mail ballots. Mail ballots have been demonstrated to be an effective and secure option for voters in California for many years.

The online claims in spring 2020 aiming to raise Americans' suspicion of the ballot-casting system were headed by Trump. As states scrambled to reform their voting systems to meet rules on social distancing during the COVID-19 crisis, the president railed against mail-in voting, spreading false claims that the voting method invites illegal activity. (Research by political science experts show that voter fraud is slightly more common with mail-in voting than in-person voting at polling places, but the country's total number of voter-fraud cases is minuscule in comparison to the number of ballots cast; therefore, it's problematic, or at best misleading, to put numbers for each voting method up against each other.)

In sum, given that the Los Angeles County registrar confirmed too many ballots were sent to a single apartment in November 2016 as a result of a bug in the county's elections management system, but that no evidence shows the issue was a result of illegal voter activity, we rate this claim a "Mixture" of truth and falsehood.

Daily Mail.   "Questions of voter fraud after man finds 83 ballots shipped to a single address in his apartment complex".    3 November 2016.