Did the 82nd Airborne Division Receive Word They Are Being Deployed to the Border?

A social media rumor held that the vaunted airborne division was being sent to the Mexican border in response to a Central American migrant caravan. 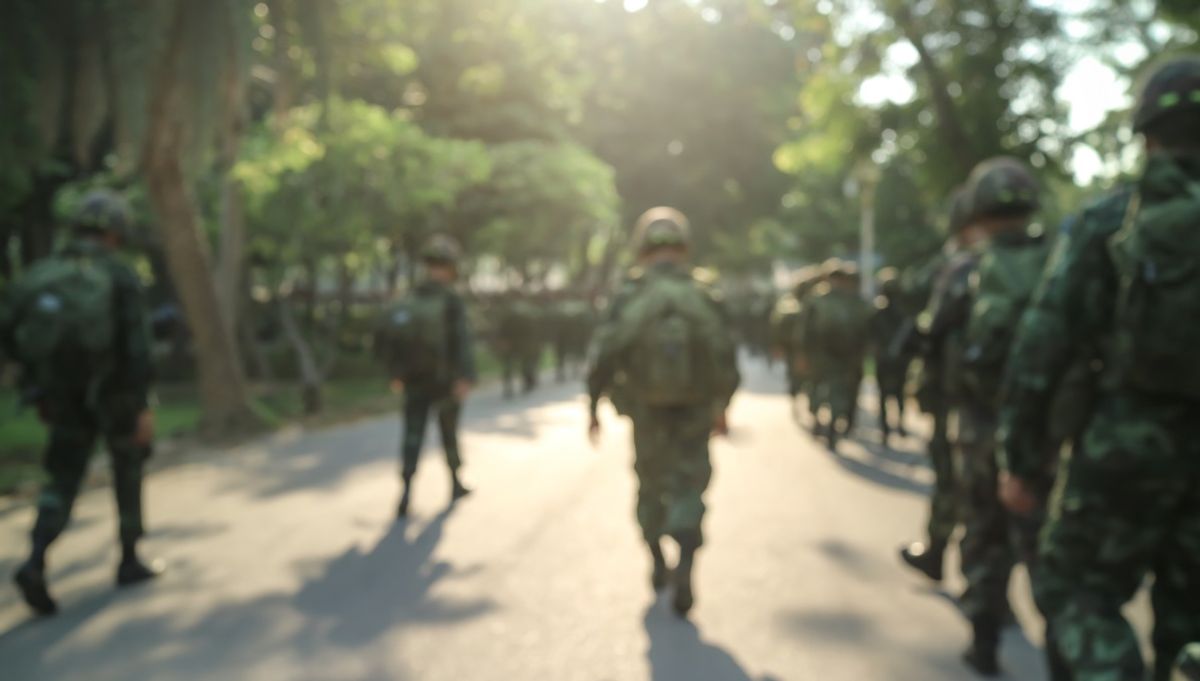 Claim:
The 82nd Airborne received word they are being deployed to the U.S.-Mexico border as a migrant caravan moves through Mexico.
Rating:

The 82nd Airborne's 2nd Assault Helicopter Battalion was sent to the U.S.-Mexico border.

The entire 82nd Airborne division has not been deployed as part of Operation Faithful Patriot.

In late October 2018, as a caravan of Central American migrants from Honduras made its way into Mexico toward the United States border, some social media users took at face value a simplistic meme reporting that the famed 82nd Airborne Division had received word of deployment to the U.S.-Mexico border in response to the caravan:

Pentagon spokesman Capt. Bill Speaks confirmed to us that a contingent has been sent to the border from Fort Bragg, The 82nd Airborne's 2nd Assault Helicopter Battalion deployed as part of what has been dubbed Operation Faithful Patriot.

According to the Fayetteville Observer, the 82nd Airborne "includes approximately 18,000 soldiers at Fort Bragg, trains to deploy on short notice. Its paratroopers form the core of the nation’s Global Response Force, which is postured to respond anywhere in the world in a matter of hours."

President Donald Trump said he would send the military to the border to stop a dwindling group of migrants, who are fleeing violence and poverty in their home countries, from entering the United States. On 22 October 2018 he tweeted that he had notified the U.S. military and U.S. Border Patrol of a "national emergency" while making an unfounded claim that "unknown Middle Easterners" were traveling with the caravan:

Sadly, it looks like Mexico’s Police and Military are unable to stop the Caravan heading to the Southern Border of the United States. Criminals and unknown Middle Easterners are mixed in. I have alerted Border Patrol and Military that this is a National Emergy. Must change laws!

When asked during an exclusive interview that same day with USA Today how many troops he might send, Trump responded, “As many as necessary." But the Pentagon also said the same day that they had received no such orders.

The Associated Press reported Trump administration officials to be at loggerheads over how to respond to the caravan:

Some in Trump’s administration, like Homeland Security Secretary Kirstjen Nielsen, advocate for a diplomatic approach using relationships with Honduras, Mexico and El Salvador and the United Nations to stop the flow of migrants arriving to the U.S.

“We fully support the efforts of Guatemala, Honduras and Mexico as they seek to address this critical situation and ensure a safer and more secure region,” Nielsen said in statement earlier this week that noted her department was closely monitoring the possibility of gangs or other criminals that prey on those in “irregular migration.”

But others are agitating for more immediate options, including declaring a state of emergency, which would give the administration broader authority over how to manage people at the border; rescinding aid; or giving parents who arrive to the U.S. a choice between being detained months or years with their children while pursuing asylum, or releasing their children to a government shelter while a relative or guardian seeks custody.

As many as 8,000 soldiers could soon join roughly 2,100 unarmed National Guard troops, mainly from Texas, California, New Mexico, and Arizona, dispatched to the border in a non-law enforcement capacity performing roles supporting the operations of U.S. Customs and Border Protection agents.

The specific rumor that Trump had ordered the 82nd Airborne, an elite Army division to the U.S.-Mexico border may have originated with white supremacist Hal Turner. Without citing any sources, Turner reported on 22 October 2018 that:

Minutes ago, President Donald Trump signed DEPLOYMENT ORDERS for the 82nd Airborne Division of the United States Army, instructing them to deploy from Ft. Bragg, NC, to the U.S. southern border at Mexico.

In addition, the 1st Armored Division of the United States Army at Ft. Bliss, TX (Corrected Base info at 7:18 PM EDT) has been given 72 Hour ready-standby orders to begin shipping armored vehicles to the southern border via rail.

Covert Intelligence information confirms the present "migrant caravan" heading toward the US border from Honduras and Guatemala has grown to slightly more than TEN THOUSAND, but that an additional 40,000 Mexicans are staging in northern Mexico to join-up with that caravan.

The OPEN PLAN THEY ARE IMPLEMENTING is for more than fifty thousand of these so-called "migrants" to physically storm the U.S. border to gain entry into our country.

Turner, who in 2010 was sentenced to 33 months in prison for threatening to kill three federal judges, also called for deadly violence when the caravan arrived at the border, writing: "Prepare yourselves mentally for the reality that we may have to gun down these people. Prepare yourselves mentally for the reality they may end up in piles of dead bodies all over your TV."

Brooks, Drew.   "Despite Rumors, 82nd Airborne Has Not Deployed Troops to Border."
The Fayetteville Observer.   24 October 2018.

Tritten, Travis.   "The Pentagon Says It Hasn't Heard From Trump on New Border Deployments, Despite His Tweet."
The Washington Examiner.   22 October 2018.

We updated the rating of this article to "Mixture" upon confirming with Pentagon spokesman Bill Speaks that a a contingent from the 82nd Airborne had been deployed to the border.