Was a 736-Pound Catfish Caught in the Mississippi River?

A photograph purportedly showing a 736-pound catch adds to the collection of urban legends about monstrously large catfish. 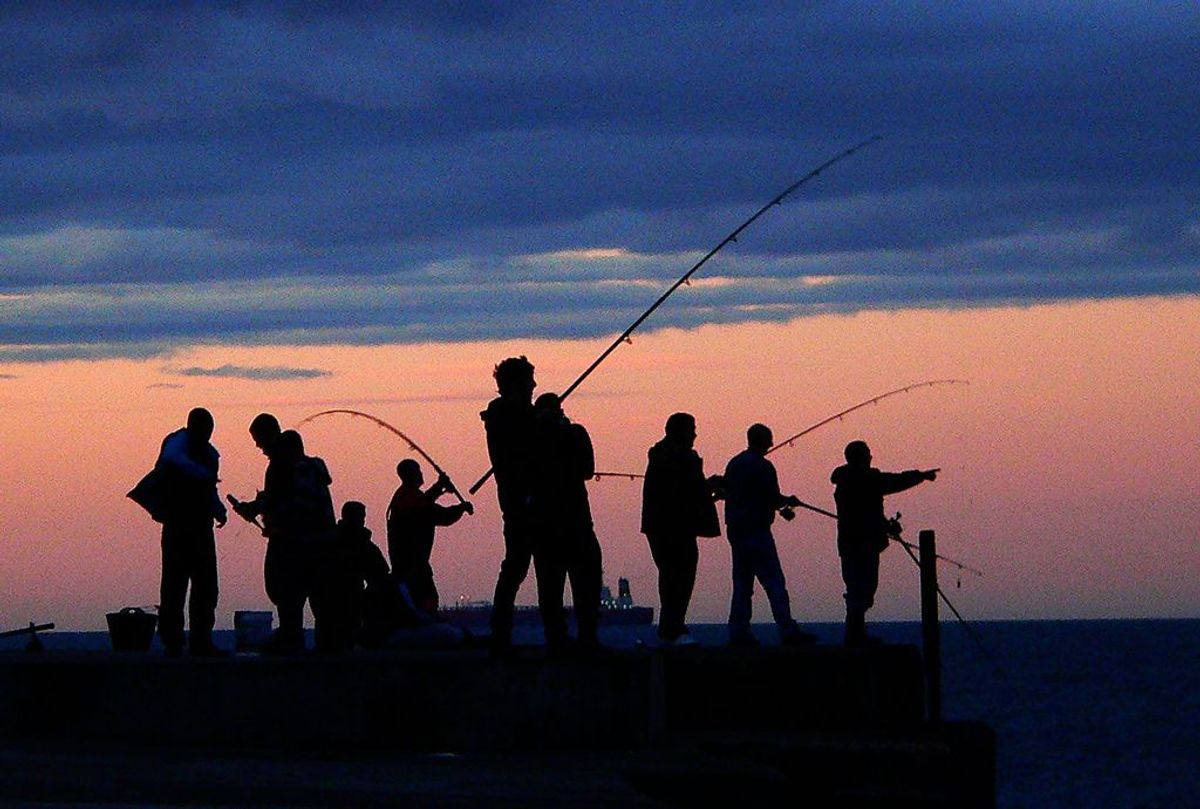 Claim:
A photograph shows a 736-pound catfish caught in the Mississippi River.
Rating:

Urban legendry is rife with tales of monstrously large catfish glimpsed lurking at the base of dams or pulled out of murky waters by anglers, and on 1 April 2016 RiverBender.com played on those legends by publishing a photograph documenting fisherman Kato "Mudcat" Mudger's having hauled a 736-pound catfish out of the Mississippi river:

Rumors of a monster catfish living in the Mississippi River have been told for generations by natives up and down the mighty waterway that divides the Western U.S. from the East.

Although most simply enjoy telling their version of the story, many claim to have actually seen it, yet some never believed it to be true.

The catfish weighed in at 736 lbs. Experts say the fish, a Mekong giant catfish, was around 170 years old and never seen in this part of the world. However, this photograph and story were just humorous fabrications posted on 1 April 2016, otherwise known as April Fool's Day. The image that accompanied the article actually shows an average-sized flathead catfish (which grow to about five feet in length), not a Mekong Giant Catfish. The lower portion of a human torso was digitally added to a photograph of a flathead to create the illusion of a much larger catfish: National Geographic notes that Mekong Giant Catfish can weigh up to 650 pounds. So even though a 736-pound Mekong Giant Catfish might not be completely outside the realm of possibility, these fish mainly live in the Mekong River system of Southeast Asia and thus are highly unlikely to be caught by fishermen trawling the waters of the Mississippi River.