Were 526 'Tooth Like Structures' Removed From a Child's Mouth?

Dental college: "This is the first ever case to be documented world wide, where so many minute teeth were found in a single individual." 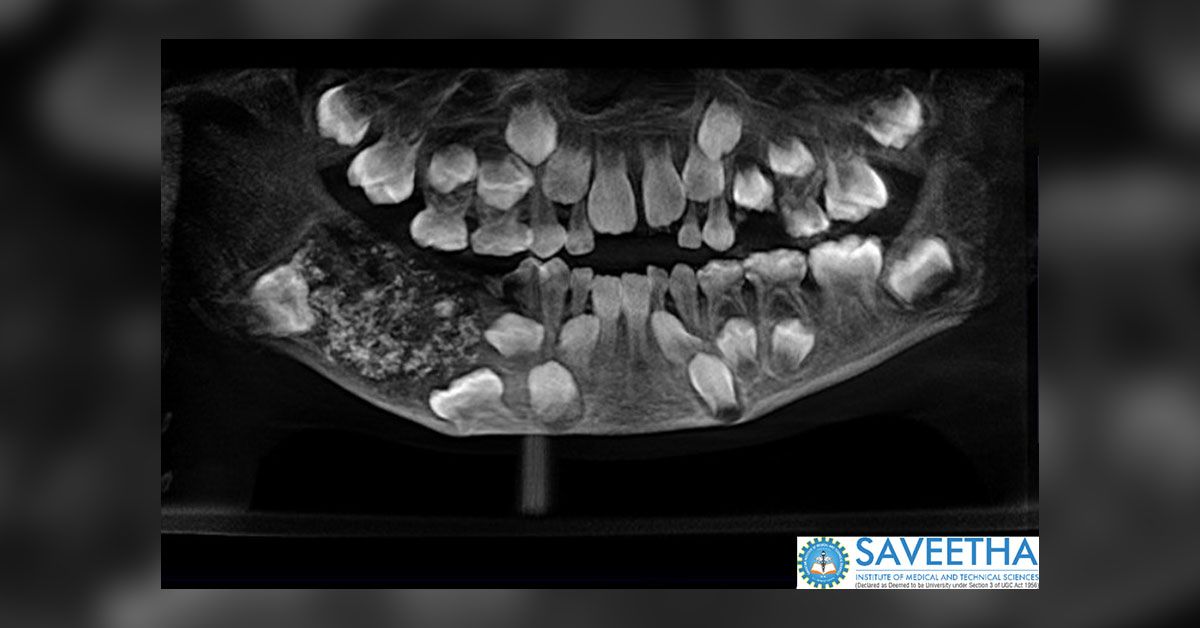 In August 2019, many social media users encountered a news story about a young child in India who had 526 teeth removed from his mouth. While these reports came from reputable news outlets, such as NBC News, Time, and The Guardian, many readers were so shocked by the news that they had a hard time believing it was real.

A little boy of 7 years old was brought to Saveetha Dental College and Hospital by his parents with a complaint of a swelling in the jaw. He had been taken to a nearby hospital, Chennai, at the age of 3 since the parents noticed a small swelling at the right lower jaw, but he refused to co-operate for any investigative procedures as he was very young. Hence the swelling was left undiagnosed for 4 years. He was brought to our institution at the age of 7 years as the swelling was slowly increasing in size.

The parents were very apprehensive as they had thought it could be a cancer of the jaw. The initial work up by the surgeons revealed a large lesion with multiple hard structures at a single site within the lower jaw. During the surgery, the operating surgeon noticed a well-defined bag-like mass which was removed in its entirety. The specimen weighed about 200 gms.

The specimen was radiographed which revealed multiple tiny radiopaque structures. On further evaluation by the oral pathologists, and to their utmost surprise, the bag revealed 526 tooth like structures. In the pathologists’ own words “it was reminiscent of pearls in an oyster”. It took 5 hours of meticulate searching to remove all the minute teeth from the opened bag like specimen. “This pandora box of miniature teeth is a jewel on our crown” said the postgraduates. The tooth sizes varied from 1mm to 15mm and each resembled a tooth with crown covered by enamel and a root like structure.

The 526 teeth removed from this boy's mouth weren't full-sized — some were as small as 1mm. The Saveetha Dental College provided an image of all of the tooth-like structures that were removed from the boy's mouth: The college also shared a video about this medical oddity. Additional images from the surgery can be glimpsed here:

This rare phenomenon is known as compound ondontome. According to the Saveetha Dental College, this is the first "ever case to be documented world wide, where so many minute teeth were found in a single individual."

Saveetha Dental College.   "Saveetha's Surgical and Pathological Excellence in Unmasking 526 Teeth from a Single Site in a Child."     1 August 2019.