$500 Walmart Store Credit Offer in Facebook Posts Is a Scam

Facebook posts about winning a "$500 store credit" or "$500 Walmart credit" are not legitimate offers from Walmart. 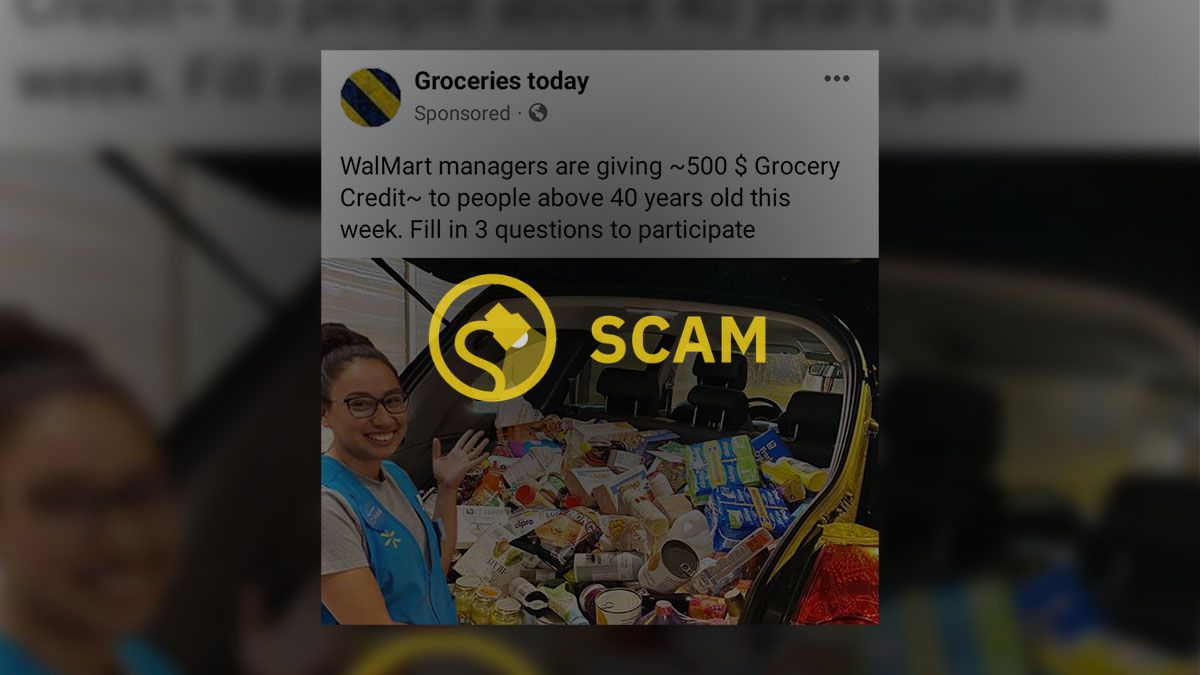 Claim:
A Facebook page that isn't Walmart's official page claims you can win a "$500 store credit" or "$500 Walmart credit."
Rating:

On Nov. 22, 2022, we received an email from a reader who spotted a survey scam on the Facebook page named "Groceries today" that promised a "$500 store credit" or "$500 Walmart credit" to users. 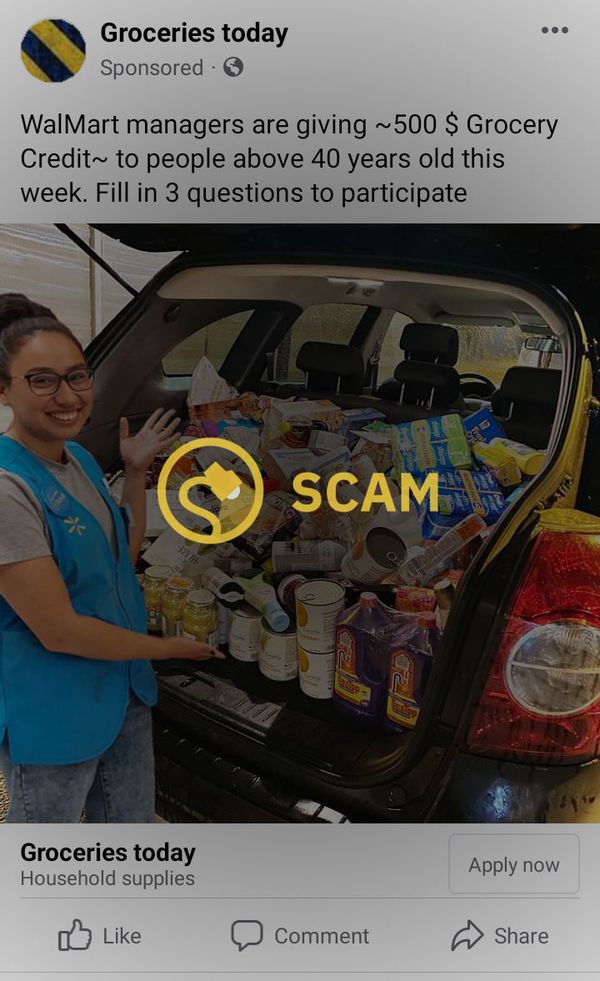 We were unable to find the origins of the picture of the Walmart employee and the carful of groceries, but it likely showed products provided in the past as part of a charity food drive. In other words, the person pictured in the post had nothing to do with the scam.

Survey scams usually begin on social media with a big promise, then ask users who clicked on the posts to fill out a seemingly endless amount of online surveys with further promises of other prizes. This survey scam that promised a $500 store credit to Walmart asked for personal information and perhaps even financial data. We strongly recommend against believing in any offers that don't come from a company's official social media pages.

As we've mentioned in the past, some survey scams often begin with a big promise of $750 delivered via PayPal or Cash App. Usually, the scammers who create the Facebook posts are hoping that users sign up for accounts on various websites that pop up during the survey scams, as they might land them small amounts of referral commission.

At the same time, survey scams also have a chance of being quite dangerous, reported AARP.org:

Amid questions about the supposed subject, sham surveys solicit personal or financial information, such as a credit card number to pay a shipping fee for your prize — something a legit survey will not do. They might trick you into signing up for a "free trial" offer that's actually a costly subscription for a dietary supplement or other product.

We strongly advise all of our readers to never click any links in offers that seem too good to be true. Also, we recommend sharing this article with family members or friends who often shop at Walmart, as they might be more susceptible to falling for the scams.

Note: Walmart does give away gift cards in an official and recurring promotion, but they don't use Facebook to do it.