Did 45K People Die Within 3 Days of Getting COVID Vaccine?

Allegations were said to have come from a “government insider.” 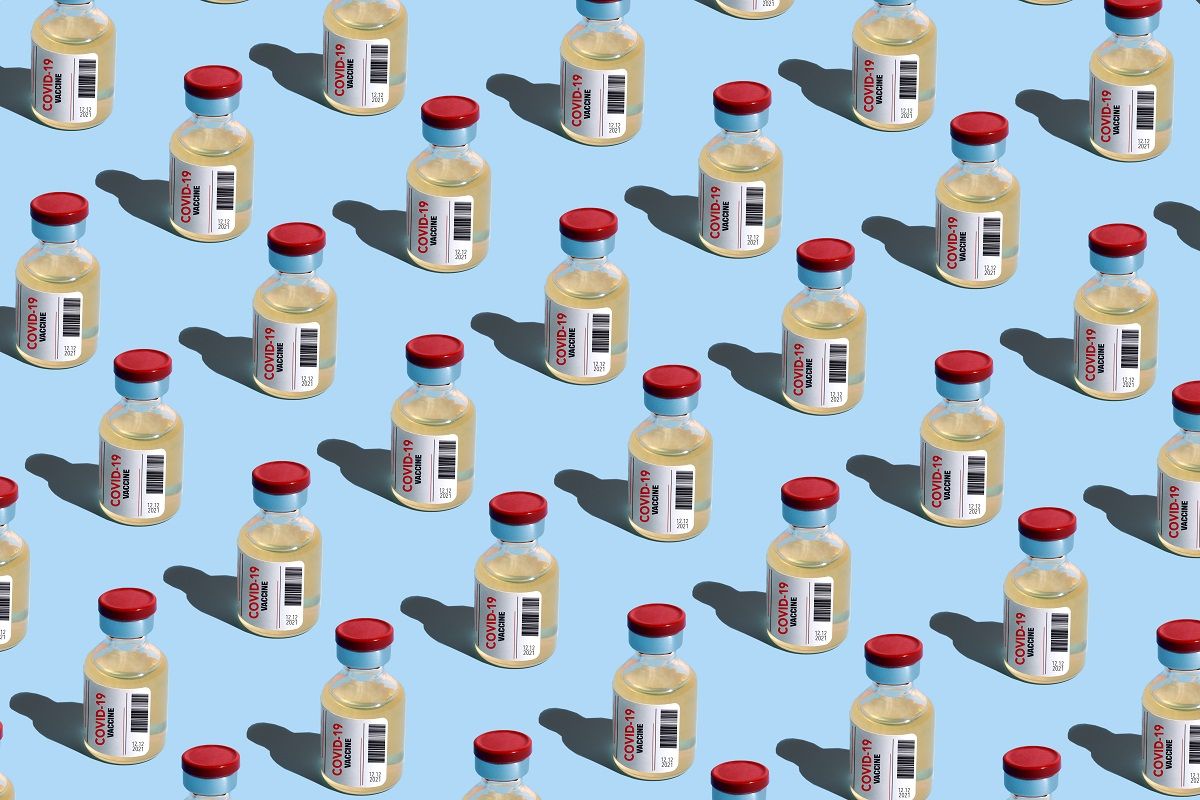 Claim:
Some 45,000 Americans died within three days of receiving their COVID-19 vaccine.
Rating:

While attending a rally in Southern California in July 2021, attorney Thomas Renz claimed that an anonymous government whistleblower had proof that an estimated 45,000 people had died within three days of receiving their COVID-19 vaccine.

Renz was speaking at a Clay Clark’s ReAwaken America Tour in Anaheim, California, on July 18. The video (archived here) and its purported claims were shared by a number of far-right conspiracy websites, including Info Wars and Fear Unmasked. Though the claims were unfounded, many posters of the video argued that the allegations made during Renz’s speech provided evidence that the federal government was lying about the safety and efficacy of the COVID-19 vaccine.

“I’m filing papers in federal court today, so you guys are the first to hear. Go ahead and post it, it will be censored in about six seconds,” Renz told the audience.

Snopes watched and transcribed the 21-minute video and determined that Renz is an Ohio attorney who has vocally taken a stance against COVID-19 mask mandates and vaccinations. He has used his platform to peddle unfounded claims that the government is lying about vaccinated individuals dying in mass numbers. The shaky video in question was recorded on July 18 and posted the following day to BitChute, a social video-hosting platform that was launched in 2017 as an alternative to YouTube. An analysis published in 2020 by a team of computer scientists found that “only a handful of channels receive any engagement, and almost all of those channels contain conspiracies or hate speech.”

A look at the Supreme Court of Ohio attorney directory revealed that Renz attended Case Western Reserve University and is actively practicing in the state for Renz Law, LLC., of which he is the founder. At the core of his argument was a lawsuit Renz filed in Alabama on behalf of America's Frontline Doctors (AFD) against the U.S. Department of Health and Human Services Secretary (DHHS) Xavier Becerra that claimed the federal government did not have grounds to roll out any of the three COVID-19 vaccinations.

A complaint, which starts a lawsuit, was formally filed on June 10 demanding a jury trial. Renz was listed as a signatory in the below statement:

“The Vaccines are unapproved, inadequately tested, experimental and dangerous biological agents that have the potential to cause substantially greater harm than the SARS-CoV-2 virus and the COVID-19 disease itself,” read the complaint.

The complaint further noted that the country's vaccine emergency use authorizations were unjustified and that “there is not now, and there never has been, a bona fide ‘public health emergency' due to the SARS-CoV-2 virus or the COVID-19 disease.”

While some have used the lawsuit to suggest there is legitimacy in its contents, it is important to note that filing a lawsuit does not guarantee that the case has legal or factual merit. Next, the defendant will have a chance to respond and, if they choose, file a motion to dismiss the case after which a federal court in Alabama will decide whether to move forward.

The video in question came out as Renz filed an injunction on July 19 asking that the defendant, Becerra, stop the emergency use authorizations for COVID-19 vaccines while the case is pending.

This legal document also alleged that a government insider and computer programmer with “subject matter expertise in healthcare data analytics” had evidence that proved that COVID-19 vaccines were dangerous.

“I know, based on this woman’s testimony because she has seen the inside of the systems, that there have been 45,000 deaths based on how many people died within three days of the vaccine,” said Renz.

The so-called “Jane Doe” was said to have written a sworn testimony declared under penalty of perjury claiming to have proof that 45,000 Americans died within three days of receiving their COVID-19 shot.

It is my professional estimate that VAERS (the Vaccine Adverse Event Reporting System) database, while extremely useful, is under-reported by a conservative factor of at least 5. On July 9, 2021, there were 9,048 deaths reported in VAERS. I verified these numbers by collating all of the data from VAERS myself, not relying on a third party to report them. In tandem, I queried data from CMS medical claims with regard to vaccines and patient deaths, and have assessed that the deaths occurring within 3 days of vaccination are higher than those reported in VAERS by a factor of at least 5. This would indicate the true number of vaccine-related deaths was at least 45,000. Put in perspective, the swine flu vaccine was taken off the market which only resulted in 53 deaths.

The so-called Jane Doe did not specify the parameters for which she established in her VAERS search, nor did she clarify how the numbers were collated. The source also failed to describe her rationale behind establishing a “factor of at least 5.”

Snopes also searched through the VAERS system data using the below parameters and found that between Jan. 1 and July 21, 2021, there were an estimated 5,000 deaths associated with the COVID-19 vaccine. (Even if Jane Doe’s five-fold estimate was true, the number of reported deaths would be closer to 25,000.)

This is not to say that there aren't inherent flaws with the VAERS system. As we have previously reported, the national vaccine safety monitoring system accepts reports of adverse events after vaccination but it does not establish a cause-and-effect relationship between symptoms and a vaccine. It’s a public reporting tool — not a vaccine death roster.

“VAERS collects data on any adverse event following vaccination, be it coincidental or truly caused by a vaccine. The report of an adverse event to VAERS is not documentation that a vaccine caused the event,” noted the DHHS.

But time and again, fabricated and dubious VAERS reports have been at the center of fear-mongering cries to stir opposition against vaccines. And while healthcare providers are required by law to report to VAERS, anyone can file a report. Just because an adverse reaction is listed in the system does not mean that it is legitimate or has been evaluated by medical professionals. (Knowingly filing a false VAERS report is a violation of federal law punishable by fine and imprisonment.)

Despite claiming to have evidence to prove that 45,000 individuals died within three days of receiving their COVID-19 vaccine, our investigation did not reveal a legitimate source to suggest that such allegations are factual. And because our own query into the VAERS system revealed 5,000 deaths following — but potentially unrelated to — COVID-19 vaccination, we rate this claim as “False.”