No, This Is Not a 3D Recreation of Joseph, Husband of Mary

A giant piece of fake news. 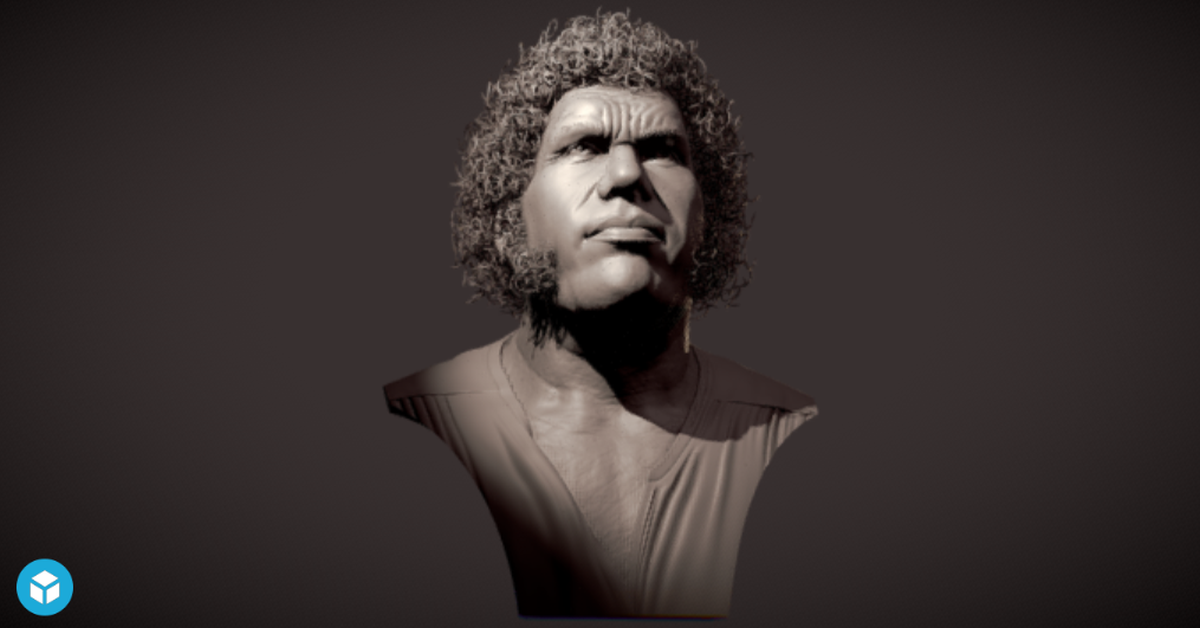 Some claims are so obviously fake, they are slapped with a content warning by social media platforms. On Oct. 26, 2022, a Twitter user claimed that scientists at Stanford University had created a 3D model of what Joseph, the husband of Mary, who was the mother of Jesus Christ, would have looked like. 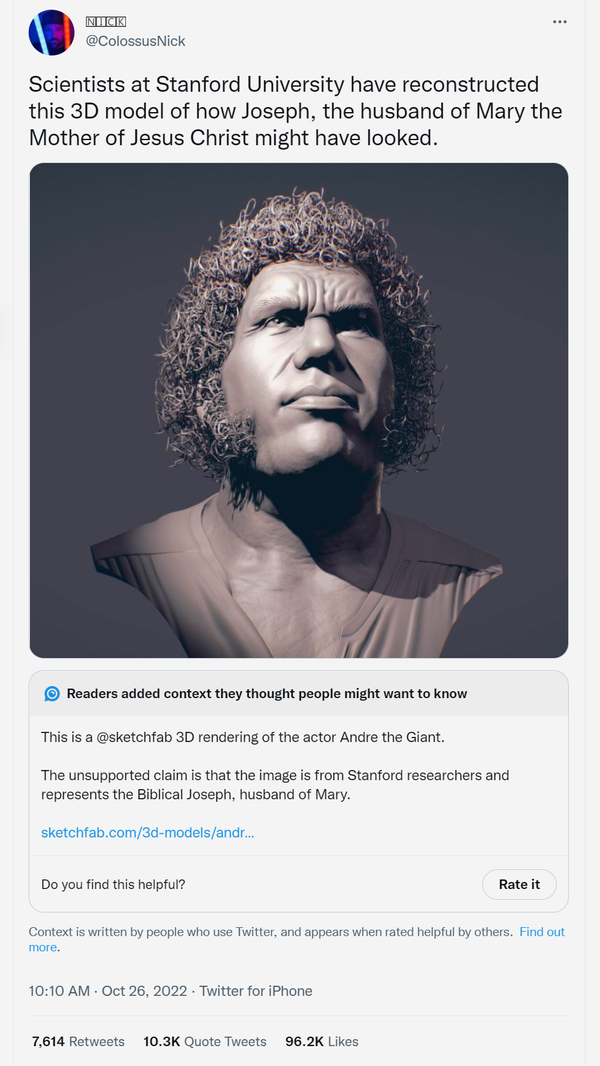 There is no project at Stanford University that came up with this result. Other Twitter users quickly pointed out that "This is a @sketchfab 3D rendering of the actor Andre the Giant." The rendering, which was published 3 years ago can be found here.

André René Roussimoff, who was known by his professional wrestling name André the Giant, also appeared as an actor in classic films lsuch as "The Princess Bride." He was born with acromegaly, which is an excessive secretion of growth hormones, which results in enlargement of the head, hands, feet, and chest. He died in 1993 from an apparent heart attack.

On Oct. 27, 2022, independent theater Alamo Drafthouse in New York made a joke tweet claiming that scientists at Princeton University had reconstructed a 3D model of Adam, the first human created by God. And the model looked like …Vin Diesel. 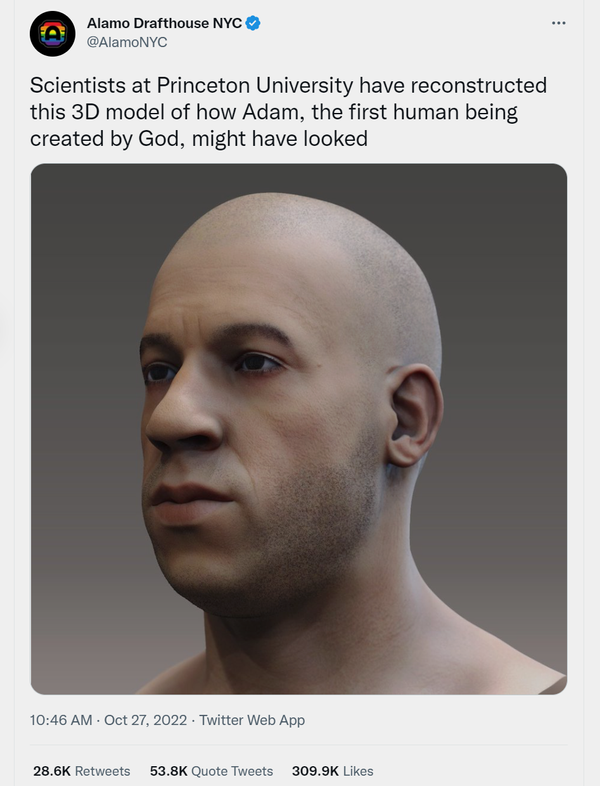 Of course, the theater pointed out right after, "we're a movie theater, not an academic journal."