Are 35,000 Gulf War Soldiers Dead Due to Anthrax Vaccinations?

A controversial film suggests that 35,000 servicemembers died from anthrax vaccinations, but we found no reasonable support for such a claim. 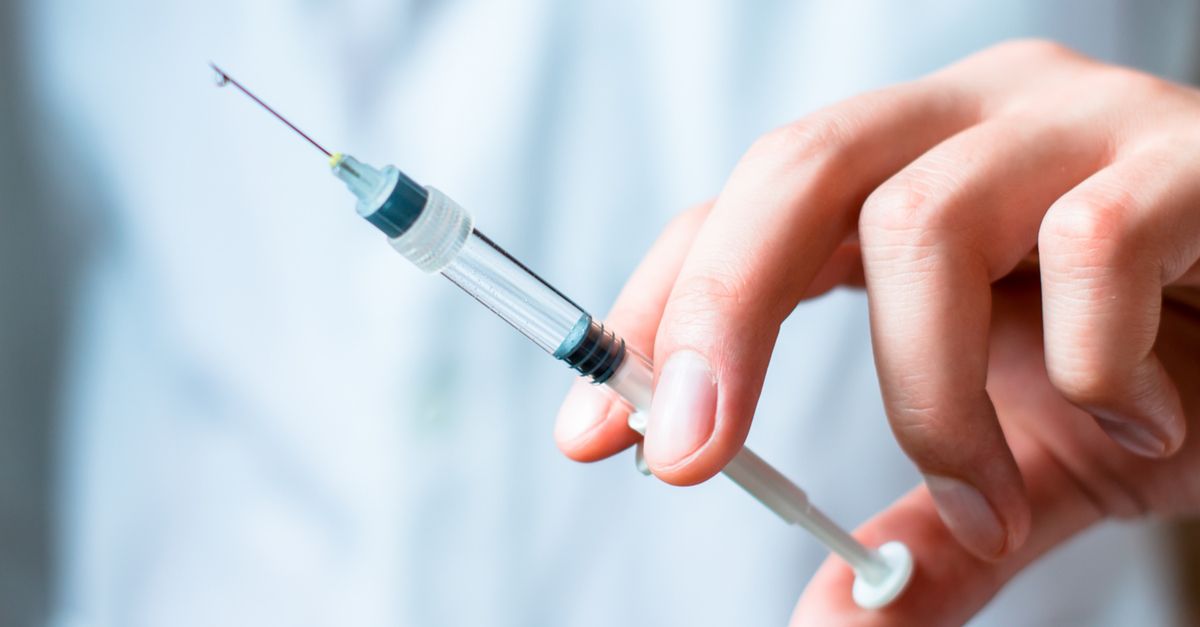 Claim:
A government report from 2008 states that 35,000 veterans of the first Gulf War died as a direct result of adverse effects from an Anthrax vaccine they were mandated to receive.
Rating:

On 17 January 2017, a short documentary titled Vaccine Syndrome (written and directed by Scott Miller, who has other anti-vaccine films to his credit) saw its world premiere as part of a larger series of anti-vaccine documentaries named “Vaccines Revealed” which were released over a ten-day period in late January 2017.

Vaccine Syndrome makes the claim that over 35,000 Gulf War veterans have died as a result of receiving mandated anthrax vaccinations during the period of time leading up to and during that conflict. Here is the claim and the entirety of its supporting evidence, as presented in the film:

Though Vaccine Syndrome cites a specific government research paper from 2008 titled “Gulf War Illness and the Health of Gulf War Veterans: Scientific Findings and Recommendations,” it is unclear what within the report led the filmmaker to that figure.

The cited report focused on Gulf War Syndrome, an enigmatic illness suffered by as many as 32% of Gulf War veterans that, despite its prevalence, remains poorly understood. This is the official government definition of that condition, as stated in the research paper in question:

Gulf War illness is a serious condition that affects at least one fourth of the 697,000 U.S. veterans who served in the 1990-1991 Gulf War. This complex of multiple concurrent symptoms typically includes persistent memory and concentration problems, chronic headaches, widespread pain, gastrointestinal problems, and other chronic abnormalities not explained by well-established diagnoses. No effective treatments have been identified for Gulf War illness and studies indicate that few veterans have recovered over time.

Among the many speculated causes of Gulf War Syndrome, one promoted strongly by anti-vaccine advocates is that the illness is tied to the compulsory vaccination of roughly 150,000 service men and women deployed during the 1991 Gulf War.

This article is not about the veracity of a possible link between vaccinations and Gulf War Syndrome, nor it about about any claims related to government malfeasance in performing such vaccinations (which were in some cases administered without informed consent). Instead, this article is strictly an investigation into the allegation that a government document cited by Vaccine Syndrome offers credible evidence documenting that the deaths of 35,000 service members were the direct result of mandated anthrax vaccinations.

According to the government report, about 150,000 Gulf War veterans out of about the 700,000 personnel deployed in that conflict are believed to have received one or two anthrax shots, which were most commonly given to troops who were in fixed support locations during the war. This means that if we are to understand the Vaccine Syndrome claim as meaning that 35,000 military veterans who had been administered anthrax vaccinations during the first Gulf War died from them, then the film is arguing that 23.3% of veterans who received such vaccinations are now dead as a direct result — an extraordinarily high death rate mentioned not once in the 454-page document cited by the film.

Studies consistently indicate, however, that an excess of 25 to 32 percent of veterans who served in the 1990-1991 Gulf War are affected by a complex of multiple symptoms, variously defined, over and above rates in contemporary military personnel who did not deploy to the Gulf War. That means that between 175,000 and 210,000 of the nearly 700,000 U.S. veterans who served in the 1990-1991 Gulf War suffer from this persistent pattern of symptoms as a result of their wartime service.

The above exercise serves as less as an explanation and as more of an illustration into how much of a reach the number of 35,000 is, based upon the evidence provided. Unless there is some other plausible interpretation of the claim that "35,000 soldiers have died due to adverse effects from the anthrax vaccine,” we can find no justification for the figure Miller arrived at from information contained in the report he cited.

We have reached out to Scott Miller, the filmmaker, for clarification regarding this figure and are awaiting his response.