According to a viral tweet, hundreds of thousands of voters were turned away from the polls in a close Wisconsin race because they did not have voter identification. 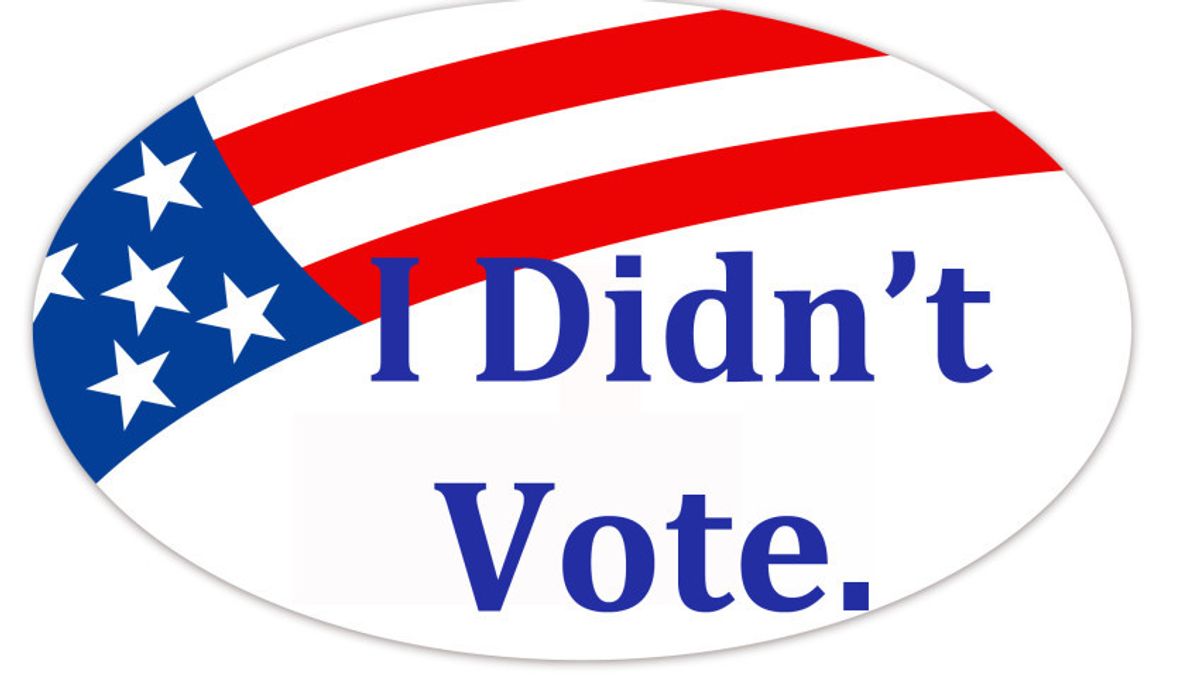 Claim:
Donald Trump won the state of Wisconsin by 27,000 votes, but 300,000 Wisconsin voters were turned away at the polls for insufficient identification.
Rating:

On 10 November 2016, journalist Dan Arel published a tweet claiming Donald Trump had won the state of Wisconsin by 27,000 votes, adding that 300,000 Wisconsin voters were "turned away" by the state's voter identification laws:

300,000 voters were turned away by the states strict Voter ID law.

There is your "rigged" election.

Many social media users sought citations for both claims (one involving the margin of Trump's Wisconsin victory, and the other the number of voters purportedly turned away). As of 14 November 2016, Trump's votes in Wisconsin were tallied at 1,409,427 to Hillary Clinton's 1,382,210 (a margin of 27,257 votes): That figure made it into a New York Times article about voter identification laws and their effects on voting outcomes, but the far more attention-grabbing 300,000 voters being denied at the polls part did not. When asked about a source for those numbers, Arel tweeted:

The article Arel cited claimed that:

We’ll likely never know how many people were kept from the polls by restrictions like voter-ID laws, cuts to early voting, and barriers to voter registration. But at the very least this should have been a question that many more people were looking into. For example, 27,000 votes currently separate Trump and Clinton in Wisconsin, where 300,000 registered voters, according to a federal court, lacked strict forms of voter ID. Voter turnout in Wisconsin was at its lowest levels in 20 years and decreased 13 percent in Milwaukee, where 70 percent of the state’s African-American population lives, according to Daniel Nichanian of the University of Chicago. I documented stories of voters in Wisconsin—including a 99-year-old man—who made two trips to the polls and one to the DMV on Election Day just to be able to vote, while others decided not to vote at all because they were denied IDs.

The piece in turn linked to a 29 September 2016 article on the same web site about the difficulty of obtaining voter identification in the state of Wisconsin, but nowhere in that article did the 300,000 number appear. A second link led to a 29 April 2014 Wisconsin court ruling against voter ID laws:

For the reasons stated, IT IS ORDERED that the named Defendants and Defendants’ officers, agents, servants, employees, and attorneys, and all those acting in concert or participation with them, or having actual or implicit knowledge of this Order by personal service or otherwise, are hereby permanently enjoined from conditioning a person’s access to a ballot, either in-person or absentee, on that person’s presenting a form of photo identification.

A section of that ruling gauged that roughly 300,000 registered voters in Wisconsin did not possess sufficient identification to vote at the time that the ruling was issued in April 2014, but it did not suggest that all 300,000 had tried and failed to vote at any point:

In light of the fact that a substantial number of the 300,000 plus voters who lack an ID are low income, Act 23's burdens must be assessed with reference to them rather than with reference to a typical middle- or upper-class voter. Although the latter voter may have little trouble obtaining an ID, he or she is not the type of voter who will need to obtain one in order to comply with Act 23. Thus, in the discussion that follows, I identify the burdens associated with obtaining a qualifying photo ID and explain how they will impact low-income voters.

Given the obstacles identified above, it is likely that a substantial number of the 300,000 plus voters who lack a qualifying ID will be deterred from voting. Although not every voter will face all of these obstacles, many voters will face some of them, particularly those who are low income. And the evidence at trial showed that even small obstacles will be enough to deter many individuals who lack an ID from voting.

The courts found not that 300,000 people were actively "turned away" as of April 2014, but rather that that number of registered voters possibly faced what the court deemed to be undue burdens obtaining the necessary identification to vote:

There is no way to determine exactly how many people Act 23 will prevent or deter from voting without considering the individual circumstances of each of the 300,000 plus citizens who lack an ID. But no matter how imprecise my estimate may be, it is absolutely clear that Act23 will prevent more legitimate votes from being cast than fraudulent votes.

On 26 October 2016, the New York Times provided updated information about voter ID laws in Wisconsin. Although some barriers to voting remain, the paper found many of the controversial provisions had been overturned:

It seemed a clear victory for voting rights advocates in July when a federal court invalidated much of Wisconsin’s restrictive elections law, concluding that it discriminated against minorities by requiring voters to produce photo identification cards that blacks and Latinos too often lack. The remedy was straightforward: Henceforth, the state was to “promptly issue a credential valid as a voting ID to any person” who applied for one.

But this month when Treasure Collins visited one of the Wisconsin motor vehicle offices that issue IDs, she found something entirely different.

While Donald J. Trump repeatedly claims that the election is “rigged” against him, voting rights groups are increasingly battling something more concrete in this year’s ferocious wars over access to the ballot box: Despite a string of court victories against restrictive voting laws passed by Republican legislatures, even when voting rights groups win in court, they are at risk of losing on the ground.

The 300,000 figure originated with a court's estimate of how many voters were potentially impacted by a voter ID law as it stood in April 2014, but by October 2016, changes had been made to that law. Moreover, even if the 300,000 figure was an accurate estimate of Wisconsin residents who back in 2014 possibly could not vote because they did not have the correct identification, that number was not a head count of residents who actually did (or would have) set out to vote on 8 November 2016 only to be turned away.

Berman, Ari.   "Wisconsin Is Systematically Failing to Provide the Photo Ids Required to Vote in November."     The Nation.   29 September 2016.