A video of a tragic event was repurposed for social media clicks. 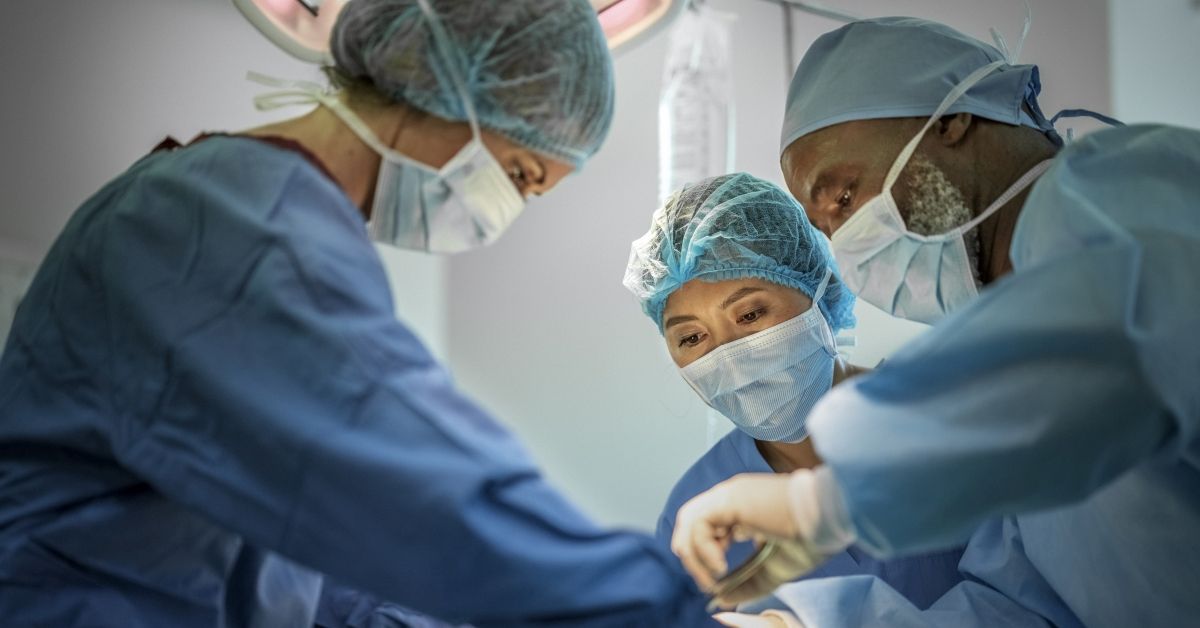 Team of doctors are performing surgery on a patient at hospital. Multi-ethnic surgeons are operating patient in emergency room. They are wearing blue scrubs. (Image Via HRAUN/Getty Images)

Claim:
A video shows 300 children who were found frozen alive for purposes of organ harvesting.
Rating:

A video of a child covered by ice in a small box has been circulating online for several years attached to a number of different rumors. In October 2019, the video went viral again when it was shared on Twitter along with the claim: "Around 300 hundred kids found frozen alive for the purposes of selling organs for transplantation."

VIEWER WARNING: The video at the center of this rumor contains images of a dead child and may not be suitable for all viewers.

This video (posted below) has also been shared with other claims about this child. When it first went viral in 2017, it was attached to a rumor holding that the boy climbed into the cooler while his parents were packing vegetables in ice. The boy's parents didn't notice, closed the lid, and the boy froze to death.

Here's the video. Again, this may not suitable for all viewers:

Around 300 hundred kids found frozen alive for the purposes of selling organs for transplantation. This is only one of the many Criminal Groups caught. Poor kids! What a pain for parents/relatives! pic.twitter.com/rWw01GYll9

This video does not show one of nearly 300 children who was found frozen alive for the purposes of organ harvesting, nor does it show a child who died climbing into a cooler unbeknownst to his parents.

The portion of the video showing the child covered in ice was taken in the Guangdong province of China in the summer of 2017. Police looked into this video after it started circulating attached to rumors concerning criminal behavior. They found that the boy had accidentally drowned and that the family packed his body in ice, due to the high temperatures of summer, in order to transport him back home for burial.

A Weibo message posted by the Public Security Bureau of Yiyang City, Hunan province explained (translated via Google and edited for clarity):

"The child in the video... died in the waters of relatives in Guangzhou. Due to the heat in summer, the family put the body into a foam box with ice cubes and took them home to bury them."

This video shows a family grieving over a little boy who accidentally drowned. It does not show criminal activity related to organ harvesting.

After verifying to the command center of the Liuzhou Public Security Bureau, the jurisdiction and relevant departments, the districts in our city have not received any warning that the traffickers will freeze the children. Therefore, the above information is a rumor.

It should also be noted that the viral video shown above contains a few jarring edits. The first 15 seconds, in fact, which show people gathered near a body of water and then two people on the ground getting beat up, appears to come from an entirely separate incident. Zhejiang Online reported in 2017 that the first portion of this video actually shows an unrelated incident in the town of Shaojiaqiaozhen in the Chinese province Guizhou in which two men were beat up in December 2017 after being accused of attempting to defraud elderly people:

On December 14, 2017, Wang and Lumou and other four people went to the triangle dam village of Shaojiaqiao Town to sell plaster to middle-aged and elderly people. The people in the village of the dam were mistaken for fraud and theft. Beaten. Someone took a live video and posted it online, rumoring that "the gangsters are robbing children and being besieged."

The fact that this video features footage from at least two different incidents and has been shared with a variety of unfounded rumors should immediately raise some red flags for viewers. The claim that this video shows a child who was frozen alive for the purposes of harvesting organs is unsubstantiated and appears to have been made up out of whole cloth.

The portion of the video showing a child covered in ice in a small box actually shows a family grieving as they prepared this child for burial after he accidentally drowned.