Is This a 3-Horned Ankole Cow in Uganda?

Ankole cattle are known for their over-sized horns. 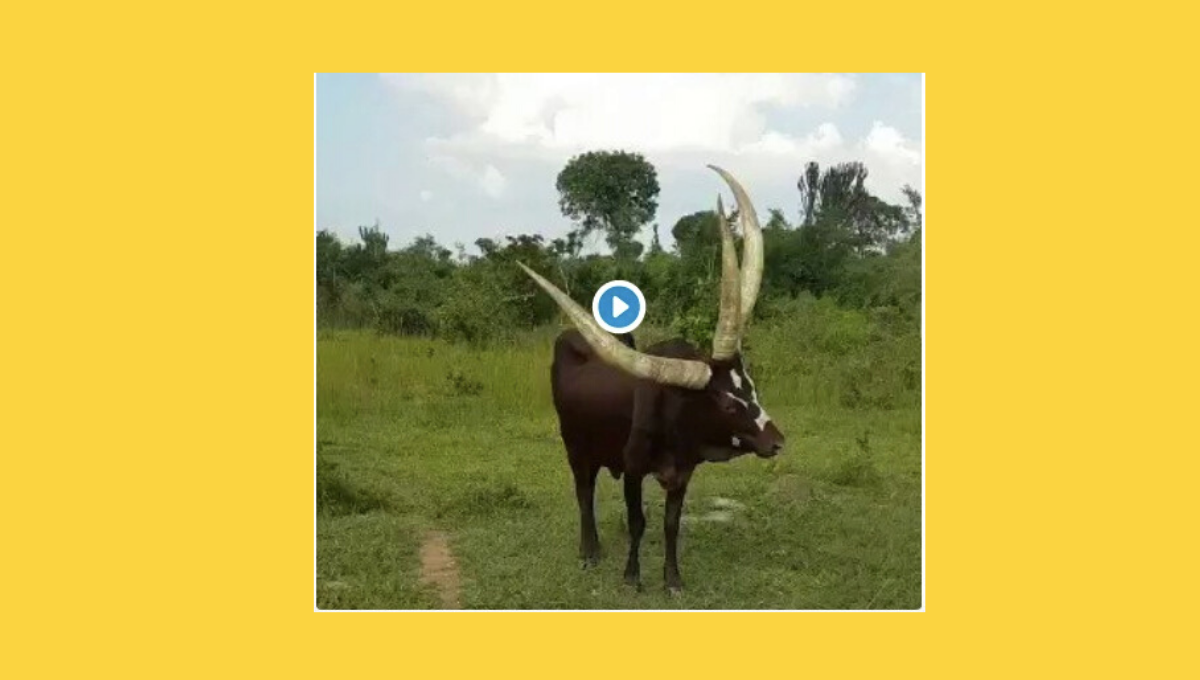 On Dec. 28, 2019, a video supposedly showing a cow in Uganda with three large horns was widely circulated on social media:

We were initially skeptical of this footage for a number of reasons.

For starters, this video first went viral when it was shared by a cattle keeper in Uganda, but he wasn't the original source of the footage. Cattle keeper Frank Rubabinda Jr. (@RubabindaJR) told us that he first encountered the video on WhatsApp, but we have been unable to find that iteration of the footage, or any others, that predate the user's December post.

Without the source video, it was difficult to glean details about where and when this video was shot, or with what intent it was originally shared. Instead, we had to base our judgement of this footage solely on what we could see, and to our eyes, this video looked a bit suspicious.

For instance, around the six-second mark of the above-displayed video, as the middle horn passes over a tree in the background, it appears the superfluous horn changes texture and size and becomes briefly transparent. We slowed down that moment in the gif below:

However, this wasn't definitive proof that the footage is fake. As we noted earlier, the tweet that went viral in December 2019 did not contain the original footage, and it appears some degradation in the quality of the video occurred since it was originally uploaded. The low quality of this footage might explain some of the odd artifacts.

As it turns out, this is a genuine three-horned Ankole cow in Uganda. Rubanida Jr., with the help of NTV Uganda and the Ankole Cattle Breeders Society, were able to track down this animal. And on Jan. 23, 2020, they posted a second (and much clearer) video of this amazing animal:

We've reached out to Rubanida Jr. and will update this article if we learn any more details about this cow.