The number of mass shootings varies greatly depending on how such shootings are defined. 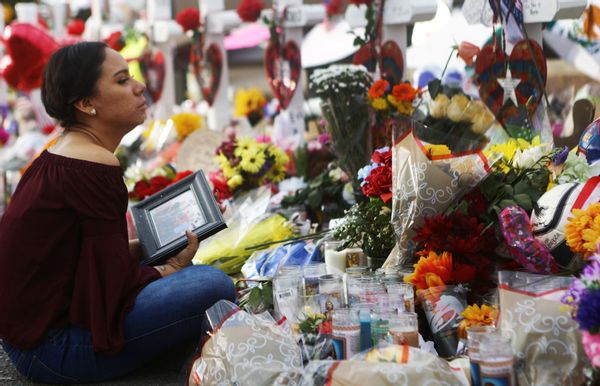 When "mass shooting" is defined as an incident in which four or more people are shot, the U.S. had 251 such incidents in the first 216 days of 2019.

No set definition exists for "mass shooting." As such, the number of incidents varies greatly depending on the criteria used to count them.

For most people, the word "mass shooting" invokes images of horrifying events such as the shooting at Sandy Hook Elementary School, where 26 people (including 20 children) were killed in December 2012, the massacre in Las Vegas in 2017 where more than 50 people were killed at a music festival, or the killing of more than 20 people at a Walmart in El Paso, Texas, in August 2019.

The FBI itself has no set definition for "mass shooting." In 2005, the government organization described "mass murder" as a single incident that results in four or more deaths. This standard was also used for a 2015 Congressional Research Service report about mass shootings:

The claim that the United States had 251 mass shootings in the first 216 days of 2019 originates from data collected by the Gun Violence Archive (GVA), a non-profit organization that tracks gun-related violence in the U.S. The GVA counts any incident in which four or more people were shot and/or killed. Also, the GVA list includes ALL incidents of gun violence, meaning that they don't exclude incidents involving gangs or domestic violence:

GVA uses a purely statistical threshold to define mass shooting based ONLY on the numeric value of 4 or more shot or killed, not including the shooter. GVA does not parse the definition to remove any subcategory of shooting. To that end we don’t exclude, set apart, caveat, or differentiate victims based upon the circumstances in which they were shot.

GVA believes that equal importance is given to the counting of those injured as well as killed in a mass shooting incident.

The Gun Violence Archive's ongoing tally of mass shootings can be viewed here. As the GVA only requires four or more people to be shot, and not necessarily killed, many of the shootings on this list don't involve fatalities. As such, many of these incidents probably didn't make headline news, which explains why so many people were shocked to see the number "251," using GVA's criteria, for the first 216 days of 2019.

Beyond GVA, others have tallied mass shootings differently. News outlet Mother Jones, for instance, has been studying mass shootings since a dozen people were killed in a movie theater in Aurora, Colorado, in 2012. Mother Jones uses a stricter set of rules to define mass shootings. For that organization, a mass shooting is defined as an incident involving four or more people killed by guns. Mother Jones also excludes incidents that may stem from crimes, such as armed robbery or gang violence.

In July 2012, in the aftermath of the movie theater massacre in Aurora, Colorado, Mother Jones created a first-of-its-kind open-source database documenting mass shootings in the United States. Our research focused on indiscriminate rampages in public places resulting in four or more victims killed by the attacker. We exclude shootings stemming from more conventionally motivated crimes such as armed robbery or gang violence. Other news outlets and researchers have since published larger tallies that include a wide range of gun crimes in which four or more people have been either wounded or killed. While those larger datasets of multiple-victim shootings are useful for studying the broader problem of gun violence, our investigation provides an in-depth look at a distinct phenomenon—from the firearms used and mental health factors to the growing copycat problem. Tracking mass shootings is complex; we believe ours is the most useful approach.

Under Mother Jones' criteria, the number of mass shootings in the U.S for the first 216 days of 2019 is seven.

The two shootings, first in El Paso, Texas, and then in Dayton, Ohio, are the latest instances of deadly mass shootings in 2019, bringing the total number of such incidents up to at least 17 — an average of one every 12.7 days this year.

The FBI doesn't have an official definition of a mass shooting, but defines a mass killing as an incident in which three or more people, not including the suspect, are killed. Various groups and watchdog organizations keep their own lists, often using different criteria for what qualifies as a mass shooting.

For the list compiled by ABC News below, the incidents took place over the course of a day and involved four or more victims, not including the suspect, who died as a result of gunshot wounds. For instance, shooting sprees that spanned longer amounts of time were not included on this list.

In sum, the question boils down to how "mass shooting" is defined.