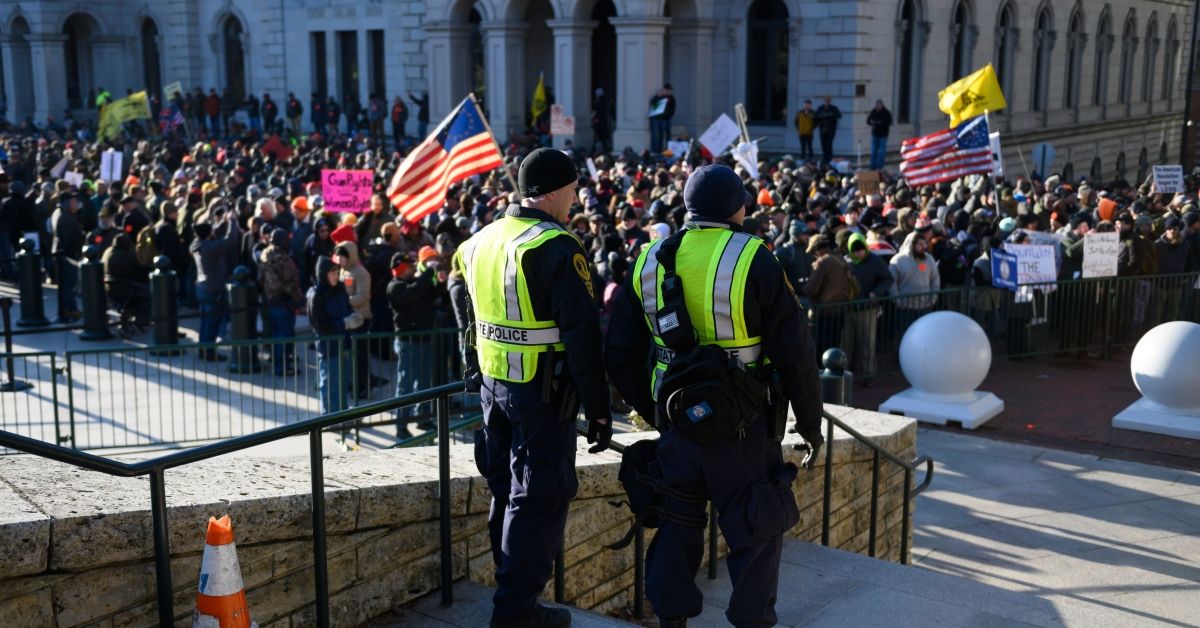 Claim:
At least 23 people were killed at a Jan. 20, 2020 Second Amendment rally in Richmond, Virginia.
Rating:

On Jan. 20, 2020, the Genesius Times website published an article positing that at least 23 people were killed at the Second Amendment rally held that day in Richmond, Virginia:

At least 23 people were killed at the white supremacist Second Amendment Rally in Richmond, Virginia today, authorities reported. Many more were injured. Details are forthcoming.

UPDATE: Governor Ralph Northam has issued a statement condemning the senseless violence and the gun rights activists. “Our thoughts and prayers are with the families of those innocent victims today. We must do everything we can to end the mass killing of innocents!”

In point of fact, despite widespread concerns about the possibility of violence due to the proliferation of firearms and rumors that counter-protesters would attend, the rally concluded uneventfully, with no reports of arrests or injuries.